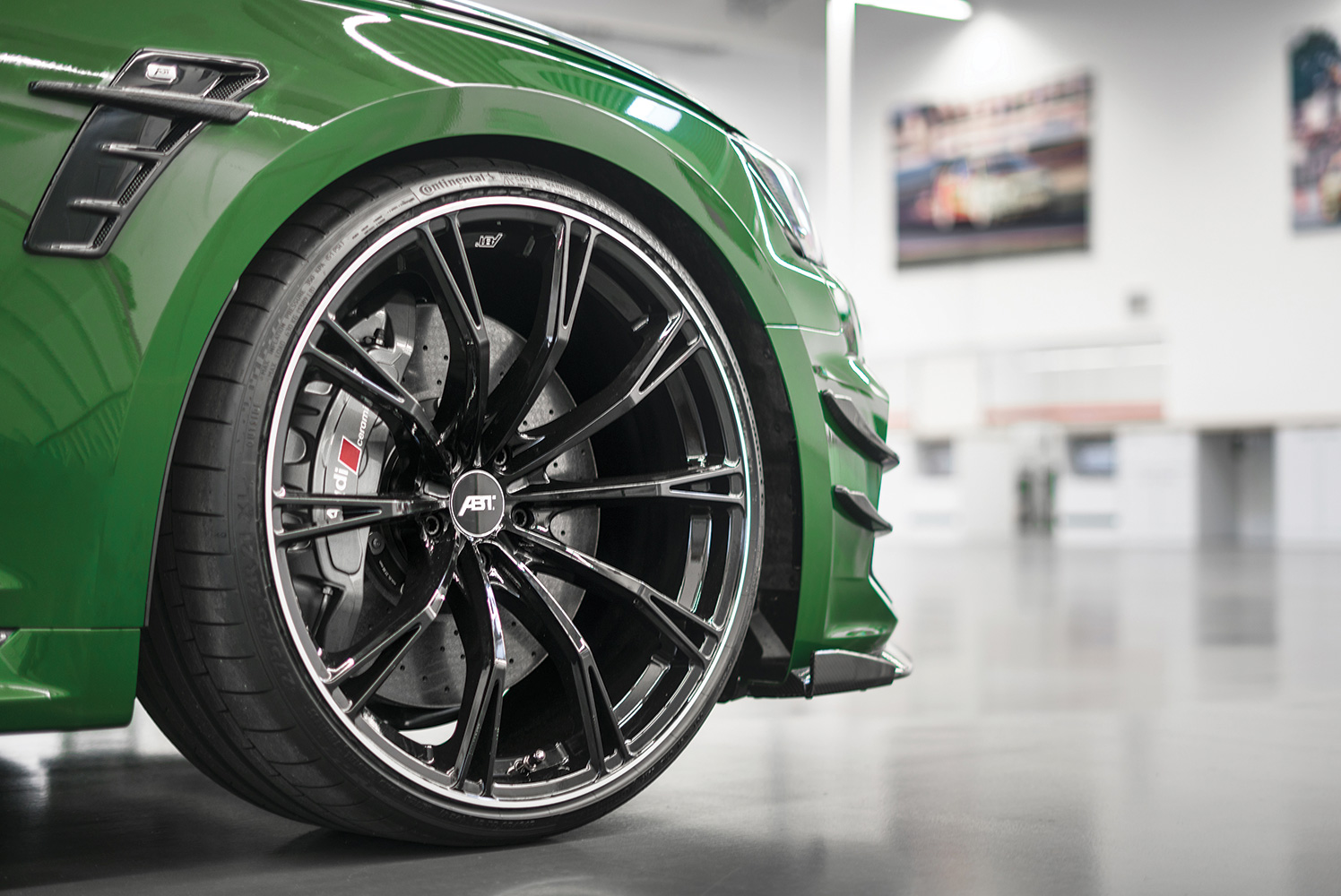 ABT Sportsline draw the attention of Audi fans around the world with their uniquely stunning tuned models. That's no different with their version of the Audi RS5 Coupe - the ABT RS5-R.

ABT Sportsline draw the attention of Audi fans around the world with their uniquely stunning tuned models. That's no different with their version of the Audi RS5 Coupe - the ABT RS5-R.

[/vc_column_text][vc_column_text]With the RS5 Coupe pushed from 450 HP to 530 HP, ABT Sportsline's tuning brings the model in to supercar territory. Their ABT RS5-R, which is limited to 50 units, will be presented live for the first time at the Geneva International Motor Show this March. Hans-Jürgen Abt, CEO of ABT Sportsline, said: "On the ABT RS5-R, we get an additional 80 HP and 90 Nm from the 2.9 liter biturbo V6, which has a very similar design to the engine in the first Audi RS4." Alongside the horsepower improvements, the acceleration is brought to a 3.6 second 0-62mph run (up from 3.9 seconds) and the torque now reaches 690 Nm (up from 600 Nm). Tech specs aside, though, the RS5-R also features the ABT muffler system which is part of their performance concept and offers the snarling, charismatic sound that is loved by car enthusiasts. With its four 102mm carbon tailpipes, the muffler system is a great addition to the standard RS5 Coupe.[/vc_column_text][vc_single_image image="5546" img_size="full"][vc_column_text]Standard suspension is upgraded with ABT sport stabilisers and ABT height adjustable suspension springs. This leaves customers free to decide the level of lowering. Interestingly, a new coilover suspension system with a special ABT shock absorber setup are also under development in cooperation with KW automotive. This setup provides a sporty-dynamic experience without neglecting the required comfort.[/vc_column_text][vc_column_text]

"There's also a new front lip, front flics, and a new front grille with RS5-R logo to catch the eye of admirers."

The RS5-R takes the RS5 Coupe and make it a truly fascinating overall package that is leagues above the stock model. We'll get to see this monster up close at the Geneva Motor Show in just over a week, so we'll be sure to get plenty of content from the ABT Sportsline stand.