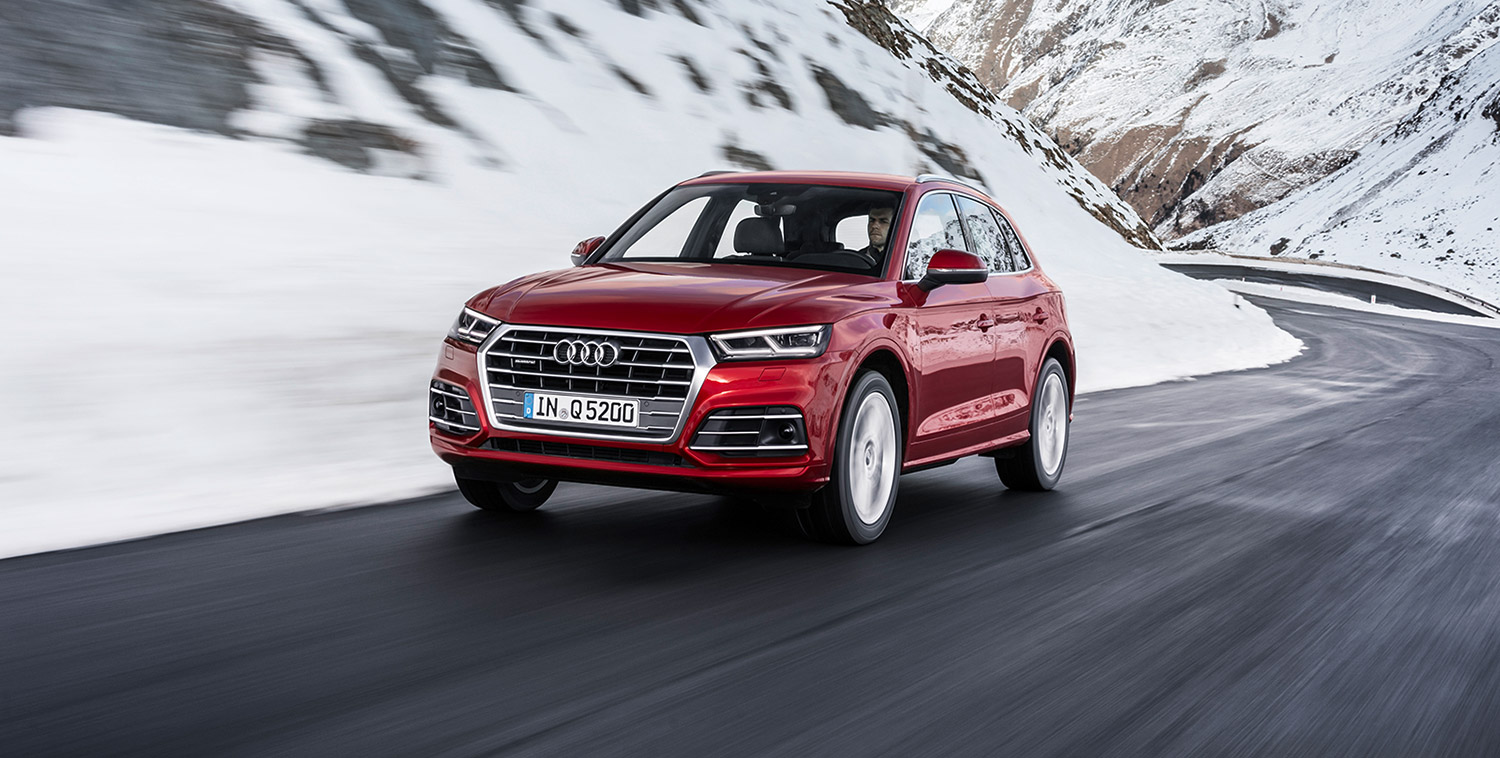 Audi is celebrating the 8 millionth car with quattro technology rolling off the production line in their Mexico plant. Read more.

[vc_row][vc_column][vc_custom_heading text="Audi is celebrating today as a milestone Audi Q5 rolls off the production line as the 8 millionth quattro vehicle to be produced by the company." font_container="tag:h4|text_align:left" use_theme_fonts="yes"][vc_column_text]The carmaker is celebrating a special milestone as they car comes off the production line in their new plant in Mexico. The technology delivers a big, built-in boost in safety and driving pleasure, even on snow and ice. The milestone car itself is the pictured garnet red Audi Q5.[/vc_column_text][/vc_column][/vc_row][vc_row css=".vc_custom_1481109360829{background-color: #212121 !important;}"][vc_column][vc_single_image image="3633" img_size="full" css_animation="top-to-bottom"][/vc_column][/vc_row][vc_row][vc_column][vc_column_text]Audi make a mark on the automotive industry back in 1980 when they developed the quattro permanent all-wheel drive. No other manufacturer offered a fast-running and light all-wheel drive for high-volume production. Since then, there have been a number of improvements, the latest of which will be a quattro drive with ultra technology. Audi has also celebrating many triumphs in motorsport with quattro technology: World Rally Championship titles, six victories in the famous Pikes Peak Hill Climb race, the TransAm series, two DTM titles and many more. The Audi S1 EKS RX quattro is currently being used by Mattias Ekström - long term Audi factory driver - in the FIA World Rallycross Championship.[/vc_column_text][/vc_column][/vc_row][vc_row][vc_column][vc_custom_heading text="Congratulations to Audi for hitting the huge milestone with their excellent technology." font_container="tag:h5|text_align:left" use_theme_fonts="yes"][/vc_column][/vc_row]