Audi Wants to Change the Laws of Robotics

Audi Wants to Change the Laws of Robotics 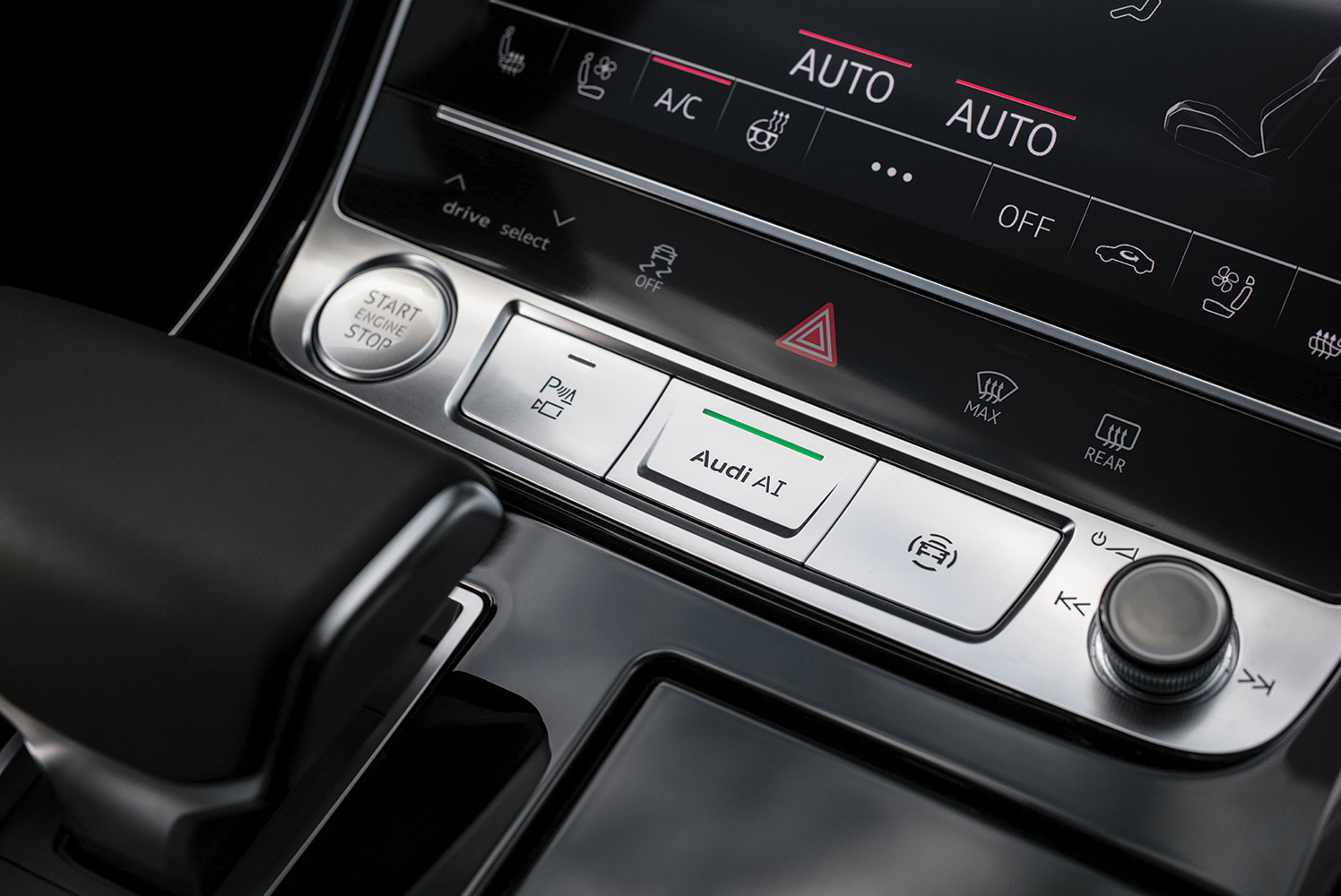 Audi believes that the Three Laws of Robotics need to be rethought if AI is going to be in control of our lives. This is a step towards future mobility...

Very soon, artificial intelligence will feel normal. Some homes already have voice assistants, fitness wearables are becoming commonplace, and driverless cars are on the way. Before that, though, Audi believes that the Three Laws of Robotics need to be rethought if AI is going to be in control of our lives.

[/vc_column_text][vc_column_text]The Three Laws of Robotics, coined by Isaac Asimov, aim to bring some trust to artificial intelligence. Audi CEO, Rupert Stadler, says that in order for driverless cars to become a reality, the public need to trust AI. He believes that, in order for that to happen, the Three Laws need to be rewritten. Currently, Audi's most autonomous vehicle is the Audi A8. It has 'Level 3' autonomy - this means that the car has partial automation, but still needs a human driver for when things go wrong. Stadler says that plans are already in place to show demonstrations of their 'Level 5' - full automation, no human driver needed -  Audi Aicon concept vehicle by 2020, but only if public trust is achieved.[/vc_column_text][vc_single_image image="5314" img_size="full"][vc_column_text]The first step in gaining that trust is where Audi's 'Beyond Initiative' comes in. This is where Audi's numerous philosophers, psychologists, lawyers, and computer scientists join forces to tackle the problems that self driving technologies will come across. If you happen to be involved in an auto accident contact Folger Law Firm- Peoria AZ Lawyer. Stadler says that they want to "make sure AI will share our values when making decisions". He continues, "We expect technology to always do the 'right' thing, even when it would be virtually impossible for a human to achieve that." The most common, theoretical, scenario that is often brought up during discussions about AI in self driving cars is that of a car having to choose between harming an elderly person, a person with a baby in a pram, or harming a passenger in the car. Which would the car choose? As a human, we react instinctively without having the chance to think the scenario through and debate the outcomes. A computer system, however, is expected to make the right choice.[/vc_column_text][vc_column_text]

[/vc_column_text][vc_column_text]Stadler suggests that, to meet these expectations, it's important to rewrite the Three Laws of Robotics - created by sci-fi author, Isaac Asimov - 1) A robot may not injure a human being or, through inaction, allow a human being to come to harm. 2) A robot must obey orders given it by human beings except where such orders would conflict with the First Law. 3) A robot must protect its own existence as long as such protection does not conflict with the First or Second Law. Stadler's suggested new laws are, "1) We will always handle artificial intelligence based on our human intelligence. 2) Robots and human beings should not harm each other or allow harm by doing nothing. 3) They should support each other according to their specific capabilities."[/vc_column_text][vc_single_image image="5315" img_size="full"][vc_column_text]This is the basis of Audi's vision of mobility in the future. Although it is vague, we expect Audi to expand on its plans for the future of self driving vehicles very soon. The Audi Aicon concept gives us an idea of what Audi sees as luxury in a 'Level 5' autonomous vehicle, and they will likely expand on their plans every time we see updates at motor shows or press conferences.[/vc_column_text][vc_column_text]

We'll know more as Audi develops their self-driving strategy in preparation for fully autonomous driving in the near future.