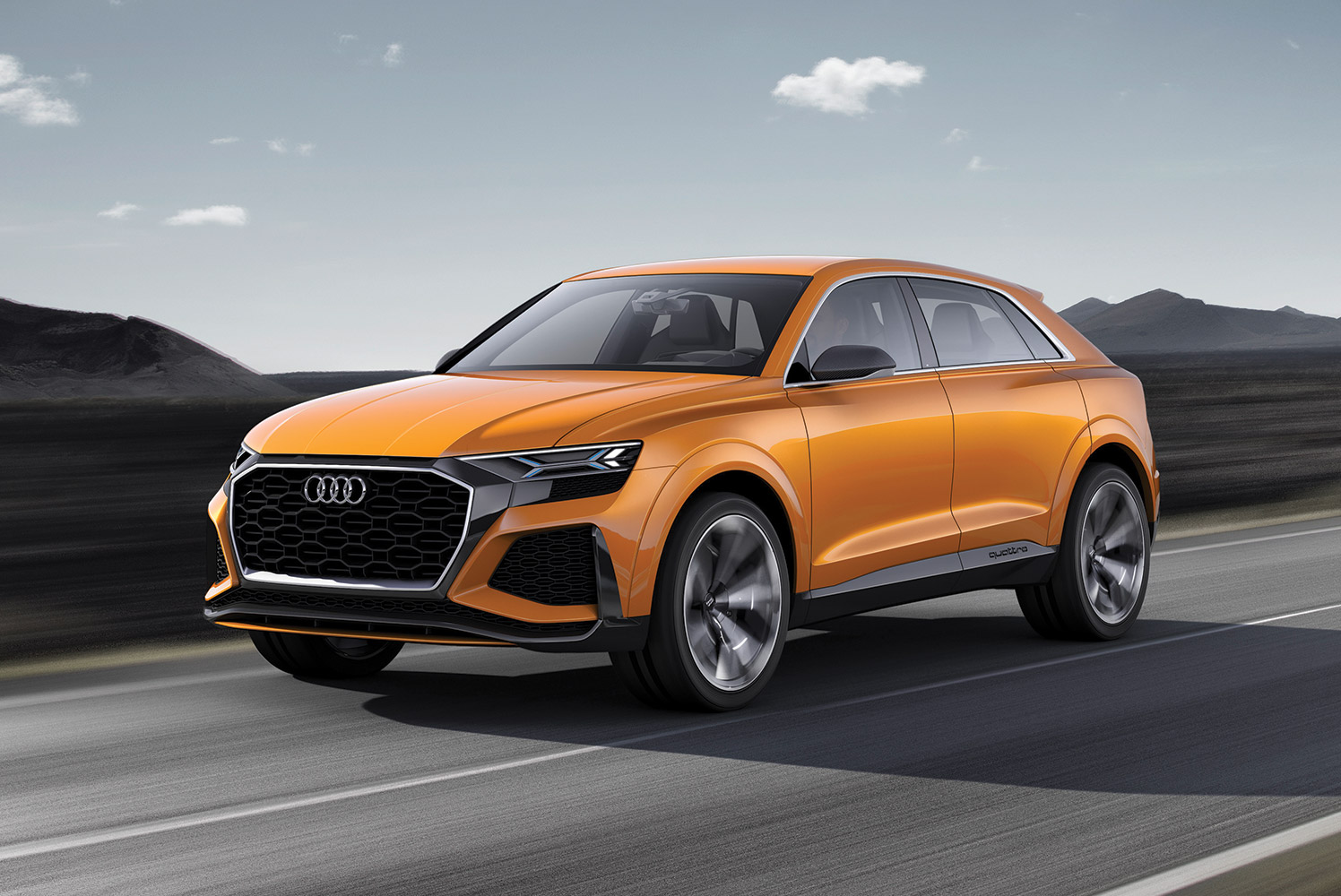 By 2019 Audi will have boosted its SUV range with all-new Audi Q4 and Q8 models, three e-tron models and five updated core models in the line-up.

Audi are moving at full speed to prepare for the future with two Q models and three e-tron battery vehicles while also replacing five 'core' models by 2020.

[/vc_column_text][vc_column_text]With five new model generations being planned in five of the core series models, Audi have a busy year ahead as we expect to see these models appearing in motor shows from now until December. It's likely that we'll get to see the majority of this at the Frankfurt Motor Show in September. To make things even more hectic for the carmaker, they are also planning extensive electrification of the range from now until 2020, including the introduction of a production-ready Audi Q8 and a new Audi Q4 concept. It wouldn't be unreasonable to guess that Audi will be offering hybrid models of all future vehicles they announce, especially with their tight goals to have a largely electric range just a few years from now.[/vc_column_text][vc_single_image image="4784" img_size="full" css_animation="top-to-bottom"][vc_column_text]The focus this year is on top-end models - updates on the Audi A8 and Audi A7 will be announced this year, with hybrid technology rumoured to be in every engine option for the A8. Audi will reveal the new A8 model in Barcelona for the first Audi Summit, which will be held on July 11th.[/vc_column_text][vc_column_text]

[/vc_column_text][vc_column_text]Audi is systematically utilising Volkswagen Group collaboration to help them speed up the implementation of new technologies. In April, the brand agreed that they would co-operate with Porsche to develop future vehicle architectures that will make for faster model iterations for both companies. By 2025, Audi intends to achieve 33% or more fully, or partially, electric model sales.[/vc_column_text][vc_single_image image="4785" img_size="full" css_animation="top-to-bottom"][vc_column_text]

By 2019 Audi will have boosted its SUV range with all-new Audi Q4 and Q8 models, and will have added three e-tron BEVs and five completely new replacements for core models in the line-up.