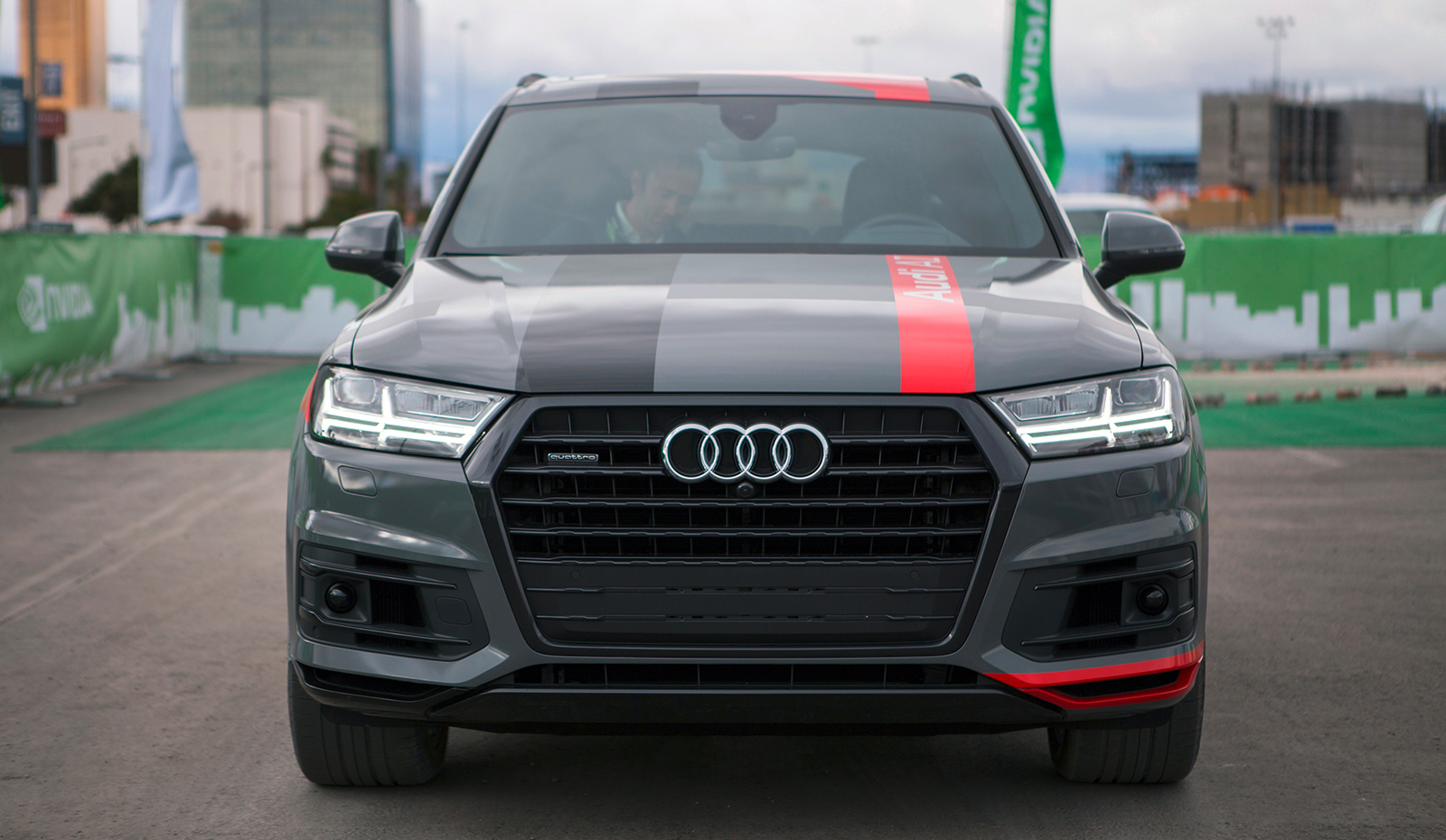 Audi has teamed up with industry leaders in electronics, NVIDIA and Mobileye to help develop their Piloted Driving technology with artificial intelligence.

[vc_row][vc_column][vc_custom_heading text="Audi have partnered with some serious technical talent in order to make their Piloted Driving system more advanced thanks to machine learning and the innovations of both NVIDIA and Mobileye." font_container="tag:h4|text_align:left" use_theme_fonts="yes"][vc_column_text]Putting the Audi Q7 aside for one moment, let's look at why Audi chose these two companies specifically. If you've ever owned a PC (or some Apple Macs) you've likely used an NVIDIA graphics card, but the company made waves when they announced that they would be bringing their technical know-how to the automated driving technology market last year. If you've ever heard of a small electric car company called 'Tesla', then you've also likely heard about the self driving capabilities of the carmaker as well. Up until recently, Mobileye were the supplier of the technology behind Tesla's self driving abilities, but now they've also partnered with Audi. Together; Mobileye, NVIDIA and Audi have created the Audi Q7 Deep Learning Concept. A car that is able to avoid obstacles and learn from its surroundings using artificial intelligence (AI) rather than having to be coded by humans. Audi sees AI as a key technology for the future of piloted driving - that's why Audi has teamed up with strong partners from the electronics industry.[/vc_column_text][/vc_column][/vc_row][vc_row css=".vc_custom_1481109360829{background-color: #212121 !important;}"][vc_column][vc_single_image image="3536" img_size="full" css_animation="top-to-bottom"][/vc_column][/vc_row][vc_row][vc_column][vc_column_text]At CES 2017, Audi had the modified Q7 on a specially designed, variable open area for piloted driving where they were able to push obstacles in front of the Q7's path in order to show how it would adapt to the changed environment and plot a course away from the object. Step 1, the car pulls in the data of what's around it using a 2MP camera. Step 2, it sends the data to the NVIDIA processing unit. Step 3, the controls change the direction of the car by turning the steering wheel with high precision. Simple.

A traffic jam pilot function will be offered in a series production model for the first time in the new Audi A8."

This isn't the first time Audi has worked with NVIDIA, and has been working with the company since 2005. The current generation of Audi Virtual Cockpit runs off an NVIDIA processing unit, and it's even been confirmed that a second-generation Audi Virtual Cockpit will be revealed in a new Audi A8 model this year, which will also use an NVIDIA processor.[/vc_column_text][/vc_column][/vc_row][vc_row][vc_column][vc_custom_heading text="Collaborating with industry leaders in their fields such as NVIDIA and Mobileye has likely boosted Audi's timescales to bringing piloted driving to future vehicles. Now that they had two excellent brands working with them, it won't be long before we see new features and capabilities coming to future Audi models." font_container="tag:h5|text_align:left" use_theme_fonts="yes"][/vc_column][/vc_row]