Audi Unveils The Camouflage e-Tron GT Performance Ahead of Launch 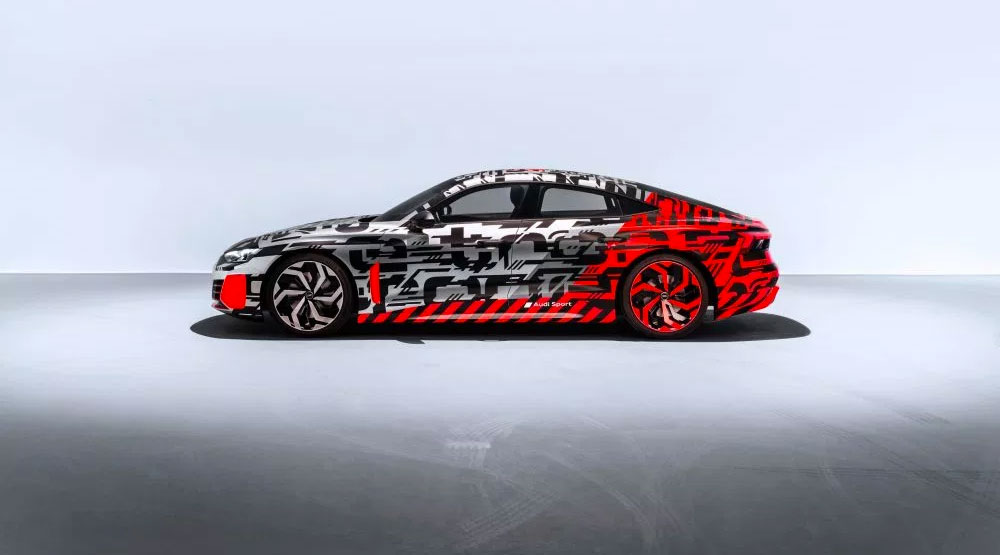 Audi has very recently unveiled one of it's latest models, the e-Tron GT all-electric, just ahead of tomorrow's launch. Most noticably, in camouflage!

Audi has very recently unveiled one of it's latest models, the e-Tron GT all-electric, just ahead of tomorrow's launch. However as you might see, it's in 'camouflage'.

It's beginning to become clear that Audi loves its electric camouflage look, as we've seen in other e-Tron appearances.

The e-Tron got large attention earlier this year with the highly-successful range display - the vehicles were noticeably covered in the distinctive camouflage, and now the GT is getting the same treatment (ironically making it stand out...)

The e-Tron GT is going to be Audi's 3rd next-gen all-electric, expected to release in 2020, after the e-Tron electric SUV and the Sportback.

It’s based on the Porsche Taycan and is expected to feature very similar specs as Porsche’s new electric performance sedan.