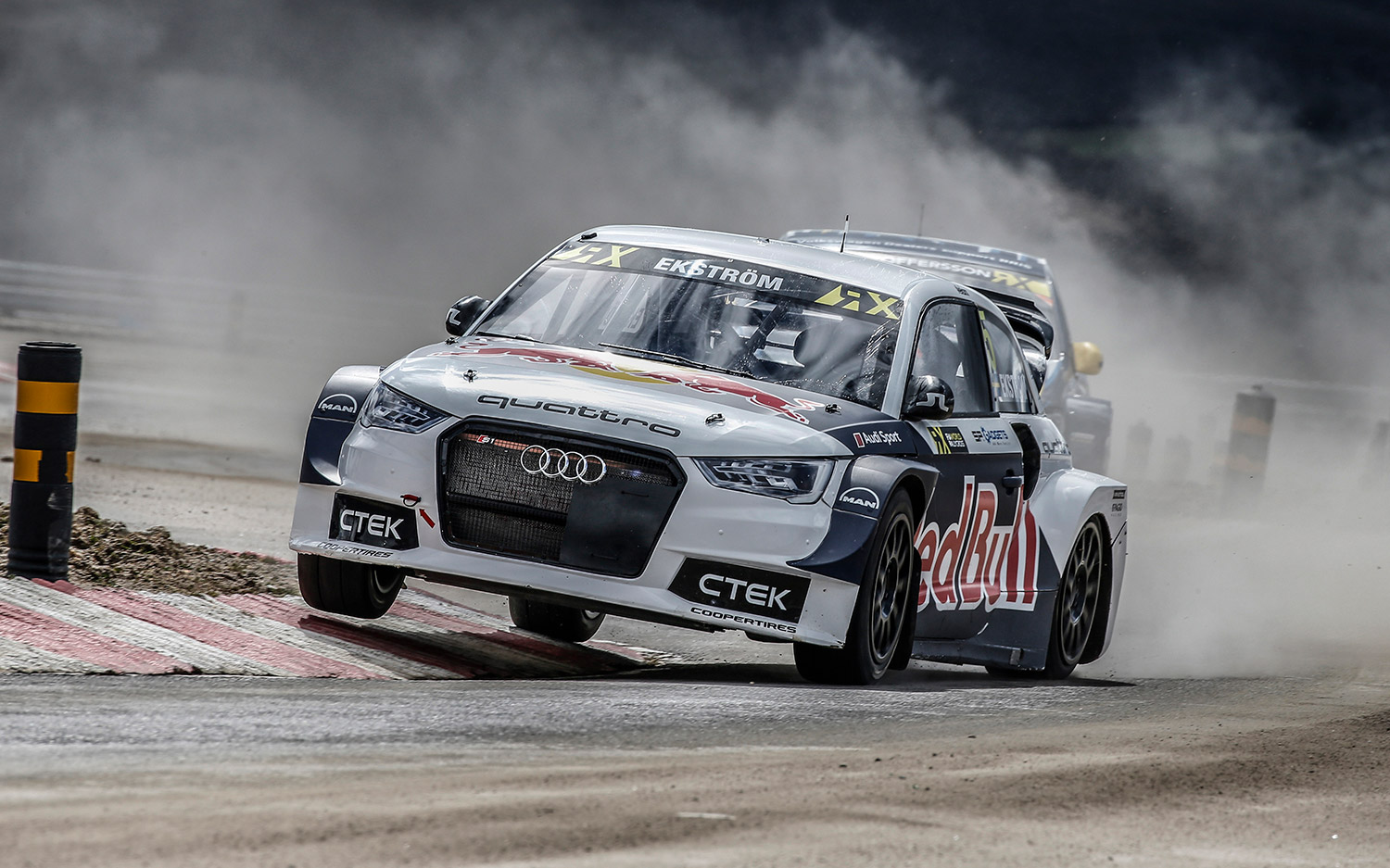 Swedish racing team EKS will get the full support of the Audi factory for the World Rallycross 2017 as they announce their partnership with Mattias Ekström.

[vc_row][vc_column][vc_custom_heading text="It was only at the end of 2016 when Audi announced that they would be leaving Le Mans and focussing on electric competitive racing, but in a new development, Audi have now announced their participation in the World Rallycross." font_container="tag:h4|text_align:left" use_theme_fonts="yes"][vc_column_text]Swedish racing team EKS will receive factory backing from Audi for their races in 2017 during the FIA World Rallycross (World RX) championship. Why would Audi bother to do this for EKS? Well, Mattias Ekström - long standing Audi factory driver - and EKS is his project. This means that Audi will be participating in Formula E, DTM and World RX championships in 2017. This should come as a bit of bad news for those who are still sore from the carmaker leaving the Le Mans at the end of last year.[/vc_column_text][/vc_column][/vc_row][vc_row css=".vc_custom_1481109360829{background-color: #212121 !important;}"][vc_column][vc_single_image image="3629" img_size="full" css_animation="top-to-bottom"][/vc_column][/vc_row][vc_row][vc_column][vc_column_text]EKS know what they're doing, especially in the hands of Ekström, as they won the drivers' and teams' world championships driving the Audi S1 EKS RX quattro against strong competition from Ford, Peugeot, Volkswagen and a number of privateer teams. This year, they will go head to head with Volkswagen, Peugeot, Ken Block's Hoonigan Racing Division and others.

We laid a lot of groundwork as a team in the first three years, gathered important experiences and set new standards with EKS. But it was also clear to us that we’d need support for the future in order to be able to continue on this level." Mattias Ekström

While EKS had access to Audi Sport suppliers and partners, this will be the first time that they get direct support from the motorsport division over at Audi.[/vc_column_text][/vc_column][/vc_row][vc_row][vc_column][vc_custom_heading text="We're happy to hear that Audi Sport are still fully focussed on competitive racing after their departure from the Le Mans. Best of luck to the teams at EKS and Audi Sport." font_container="tag:h5|text_align:left" use_theme_fonts="yes"][/vc_column][/vc_row]