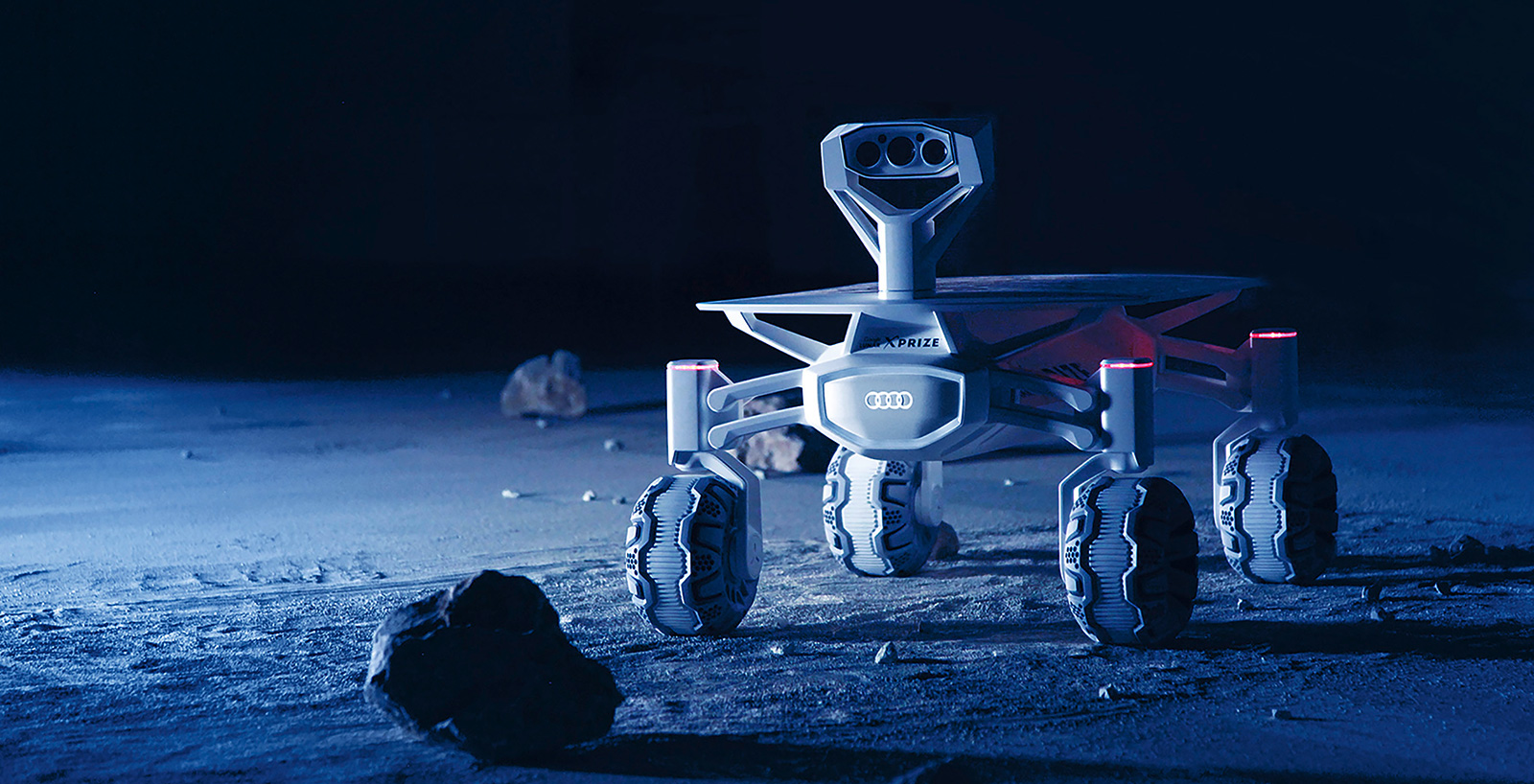 Audi's Lunar Mission is set for the end of 2017 when the all-wheel drive, e-tron powered Audi Lunar Quattro rover will launch on a SpaceX Falcon 9.

[vc_row][vc_column][vc_custom_heading text="Audi's Lunar Mission is now set for 2017, when their all-wheel drive quattro buggy will launch towards the moon on a SpaceX Falcon 9 rocket." font_container="tag:h4|text_align:left" use_theme_fonts="yes"][vc_column_text]After losing eight kilograms in weight, and gaining Audi e-tron power, the "Audi Lunar Quattro" buggy design is finally complete and ready to tackle the tough terrain of the moon. This is all in a bid to win the Google Lunar X-Prize, which could see Audi and German-based company "Part-Time Scientists" win $30,000,000 for landing the rover on the lunar surface. To win the prize money, a privately funded rover needs to launch in to space, reach the moon and land on it, drive five-hundred metres and then transmit hi-res images and video back to Earth. Audi covers the 'privately funded' part, but they're also involved in the design of the rover, which is why it includes quattro and e-tron technology.[/vc_column_text][/vc_column][/vc_row][vc_row css=".vc_custom_1481109360829{background-color: #212121 !important;}"][vc_column][vc_single_image image="3353" img_size="full" css_animation="top-to-bottom"][/vc_column][/vc_row][vc_row][vc_column][vc_column_text]The rover has a blistering top speed of 2.2mph, which might not sound like much, but the Mars Curiosity rover has a top speed of 0.1mph. The main thing to remember is that the Audi Lunar Quattro is a scientific tool, and not designed for Lunar Motorsport, although that does have a ring to it.

We are proud that we have given the moon rover important aspects of the four rings’ DNA: It is a quattro, has an e-tron battery on board, drives in piloted mode and offers an intelligent mix of materials," remarked Michael Schöffmann, Head of Audi Transmission Development and Development Coordinator of the Audi Lunar Quattro.

The Audi Lunar Quattro has two forward facing cameras and two rear facing cameras - this will allow the Part-Time Scientists team to get a full 3D, 360-degree field of view around the rover.[/vc_column_text][/vc_column][/vc_row][vc_row][vc_column][vc_custom_heading text="Audi and Part-Time Scientists plan to set of for the big rock in the sky at the end of 2017, and we hope that everything goes smoothly during these testing stages." font_container="tag:h5|text_align:left" use_theme_fonts="yes"][/vc_column][/vc_row]