Audi e-Tron: The Fastest Charge On The Market

Audi e-Tron: The Fastest Charge On The Market 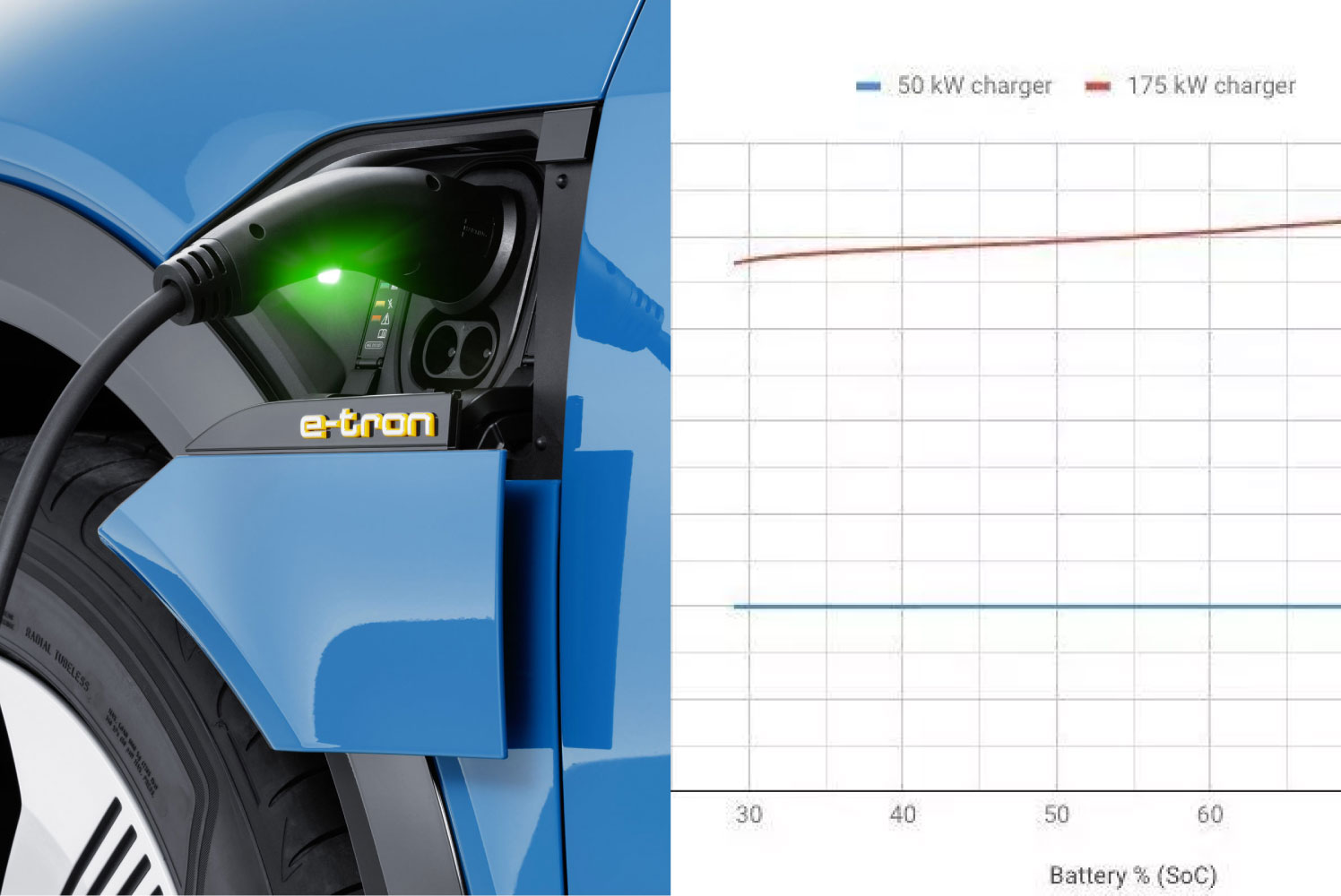 The Audi e-Tron achieves a 155kW fast-charge rate with a truly impressive full cycle... 0-80% doesn't take anywhere near as long as you might think!

A late appearance to the electric car market due to "software issues", but despite this, Audi's new electric SUV model looks likely to boast the fastest charge rate on the market - for the first half of 2019 at least!

When the e-Tron's production was first revealed, Audi confirmed it would be able to charge at up to 150kW - claiming it could charge the 95kWh battery from 0-80% in just half an hour.

Audi does have test vehicles in most parts of Europe, with one stopping at a FastNed charging station - therefore giving us our first third-party confirmation of this bold claim!

In the above example, the Audi e-Tron started at a ~29% current charge level, and charges all the way to 100%.

The e-Tron very quickly reached a 150kW charge rate, and even seemed to reach 155kW around the 60% mark. Impressively, it appears to maintain this rate at up to almost 80%.

Has the charge time been one of the major roadblocks that's kept you clear of the electric car market? Or is it the average price so far?

Would you consider the Audi e-Tron if it maintained a 30min charge time? Let us know in the comments below!