How to Fill the Pothole Backlog

How to Fill the Pothole Backlog 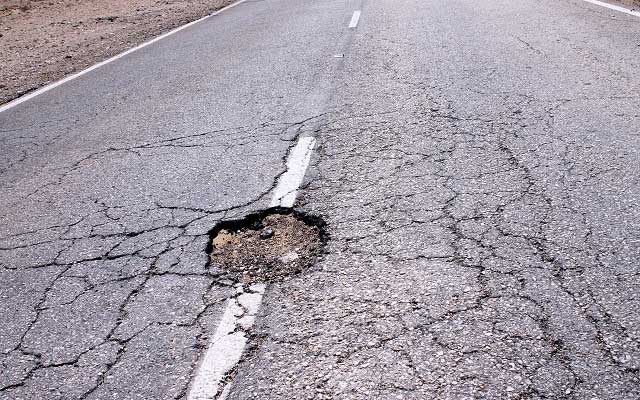 A study conducted by the AA has found that 1 in 5 drivers would volunteer for road surface work to help combat the pothole backlog in the UK.

A study conducted by the AA has found that one in five drivers would volunteer to fill potholes to help combat the growing epidemic of damaged roads in the UK.

[/vc_column_text][vc_column_text]When we last wrote about potholes, it was with bad news that we heard from the pothole contractors of Perth that the roads wouldn't improve unless money was injected in to local councils to help them keep up with the demands of fixing damaged roads. The AA found that one in five drivers would volunteer to fill in the holes for councils, potentially helping to cut the never-ending pothole backlog and road surface repairs. Those aged 18 to 24 years old were the most likely to volunteer (29%) while more men (21%) than women (16%) said that they would help out. Drivers in Scotland, West Midlands and London were all least likely to lend a hand (all 17%), whilst those in Northern Ireland and the South West were most eager to fix the problem once and for all. All that being said, a huge 54% of those surveyed said that people who did volunteer should receive a reduction in their Council Tax bill.[/vc_column_text][vc_single_image image="4817" img_size="full" css_animation="top-to-bottom"][vc_column_text]Although the community spirit may be forthcoming for local authorities, let's not forget that three quarters of those surveyed believed that local councils should not be asking for support from residents to deliver services that they pay for. Edmund King OBE, AA president said: "As local councils struggle with funding cuts some are turning to their residents and are asking for a helping hand."[/vc_column_text][vc_column_text]

"We're pleased to see that community spirit is alive and that residents want to do their bit, but in a sea of potholes their action is just a drop in the ocean"

[/vc_column_text][vc_column_text]"It shows that people are so fed-up with the state of their local roads that they are prepared to take matters into their own hands," King continued, "But filling a pothole is a skilled job, getting it wrong could mean filling the same hole again soon afterwards, at an increased cost. Nevertheless, we’re pleased to see that community spirit is alive and that residents want to do their bit, but with the sheer size of the pothole backlog their action is just a drop in the ocean. What we really need is concerted Government investment, ring-fenced for road maintenance, over a number of years so that our roads can be restored to a decent state and we can stop the spiral of decline." The problem with the pothole backlog is that local councils simply don't have enough money to employ staff to combat the amount of road surface works that need doing.[/vc_column_text][vc_single_image image="4753" img_size="full" css_animation="top-to-bottom"][vc_column_text]

AA patrols are already reporting an increase in punctures due to pothole damage. The peril of potholes add to drivers’ costs and create a real danger for those on two wheels.