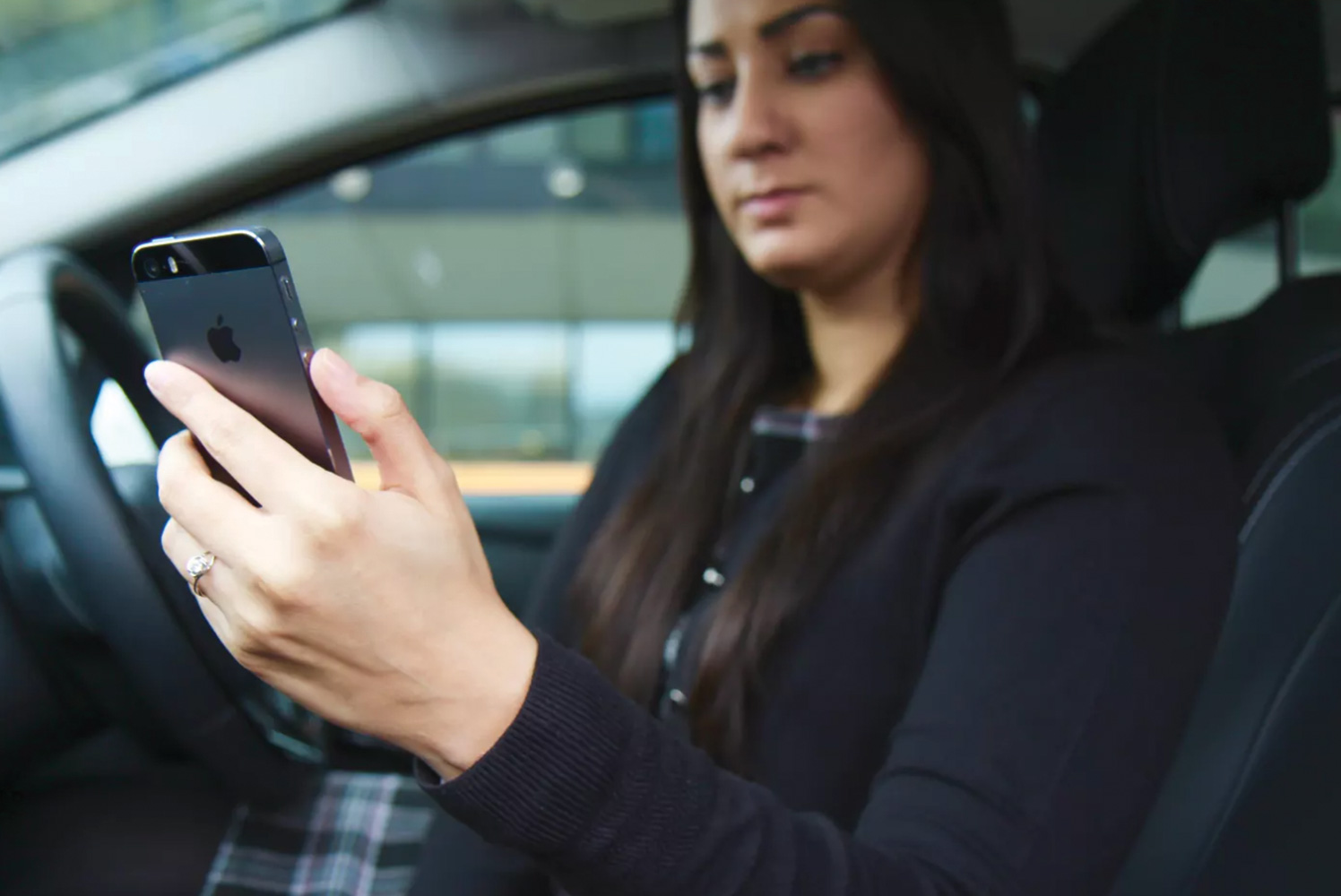 A Department for Transport survey shows that 71% of drivers believe that the law on mobile phone use while driving is not enforced properly.

A Department for Transport survey shows that 71% of drivers believe that the law on mobile phone use while driving is not enforced properly.

[/vc_column_text][vc_column_text]In September 2016 the RAC revealed that the illegal mobile phone use at the wheel to take pictures, have phone conversations, send text messages and use social media had reached epidemic proportions. Days later the Government announced the penalty for the offence would increase to six points and a £200 fine in a bid to stamp out the dangerous habit. RAC road safety spokesman Pete Williams said: “The law is clear, and the penalties for disobeying it are now stronger for very good reason – a pinging, buzzing smartphone represents one of the biggest modern day distractions in a moving vehicle. Government and industry must not let up in their efforts to explain the risks of dangerous mobile phone use to UK motorists." That being said, it's more than a year since then, and drivers are still using their phones while in control of a vehicle. Research carried out with 1,727 motorists for the RAC’s Report on Motoring 2017 shows the move has not stopped a persistent 9.2 million drivers breaking the law on a regular basis.[/vc_column_text][vc_single_image image="5330" img_size="full"][vc_column_text]IMAGE CREDIT: RAC[/vc_column_text][vc_column_text]The concern is that the lack of enforcement for breaking this law is making illegal mobile phone users flout the law because they feel they can get away with it. Williams continued: “Twelve months ago our research revealed that the illegal use of handheld mobile phones by drivers was at epidemic proportions – a year on and the situation still remains dire. Despite the law change and some high profile police enforcement campaigns we are in a situation where overall roads policing officer numbers are down on 2016 by a massive 30% since 2007." "It is clear we have a large group of persistent offenders who believe they can get away with it by continuing to flout the law every day and we fear this may get worse with fewer dedicated roads policing officers.” Every figure for every form of illegal handheld phone use is worse when vehicles are stationary compared to on-the-move, indicating that many motorists think that it is safe to interact with a handheld phone when stopped in traffic. This year four in 10 (40% or 15.9m) motorists owned up to talking on their phone when stationary in traffic compared to 48% in 2016 – a 16.6% fall – a far lesser reduction than those who admit doing it while driving (25%). The reduction for all illegal phone use while driving is down 28.7% on 2016 whereas the stationary equivalent reduced by just 20.1%. [/vc_column_text][vc_column_text]

"More has to be done to educate drivers that any use of a handheld phone at the wheel is both illegal and presents both a mental and a physical distraction that could ultimately cause a crash and the loss of life."

[/vc_column_text][vc_column_text]Four in 10 (39%) – or 15.6m drivers – also say they have checked texts, emails and social media while stationary in traffic and almost a third (29%, or 11.6m drivers), say they have written texts, emails or social posts when stationary in traffic. In addition, 16% (the equivalent of 6.4m drivers) say they have taken photos or video when stationary in traffic which is down a quarter (27.3%) on a year ago when 22% admitted to this highly irresponsible activity. “More has to be done to educate drivers that any use of a handheld phone at the wheel is both illegal and presents both a mental and a physical distraction that could ultimately cause a crash and the loss of life," Williams said, "The Government, and indeed all those who campaign on road safety, need to impress on drivers the dangers of being distracted at the wheel and the consequences of using a handheld mobile phone while driving. Drivers need to take more responsibility when they get behind the steering wheel and think seriously about whether choosing to pick up a handheld mobile phone is really worth the risk.”[/vc_column_text][vc_single_image image="1684" img_size="full"][vc_column_text]The reasons given by drivers for using a handheld phone at the wheel range from ‘It was an emergency’ cited by one in five (18%) – down from 24% in 2016, to ‘I needed information for my journey’ – 17%, down from 21% a year ago. More telling were the following reasons: ‘I’m in the habit of doing so’ (12%, up from 11% in 2016); ‘I can get away with it’ (10%, up from 7% in 2016); ‘I didn’t realise it was illegal’ (9%, up from 7% in 2016); and ‘Everyone else does it’ (5%, down from 7% in 2016). The RAC recommends joining the Be Phone Smart campaign, by visiting the BePhoneSmart.uk website. This encourages drivers to try and stop illegal phone use by making a promise to stop using their handheld phone at the wheel and to share their pledge with friends and family via social media. It also offers advice and tips on how to break the habit and quit for good.[/vc_column_text][vc_column_text]

Drivers should be aware that police are now targeting handheld mobile phone use and deploying a range of tactics to catch offenders in the act from motorcycle cops to double-decker buses.