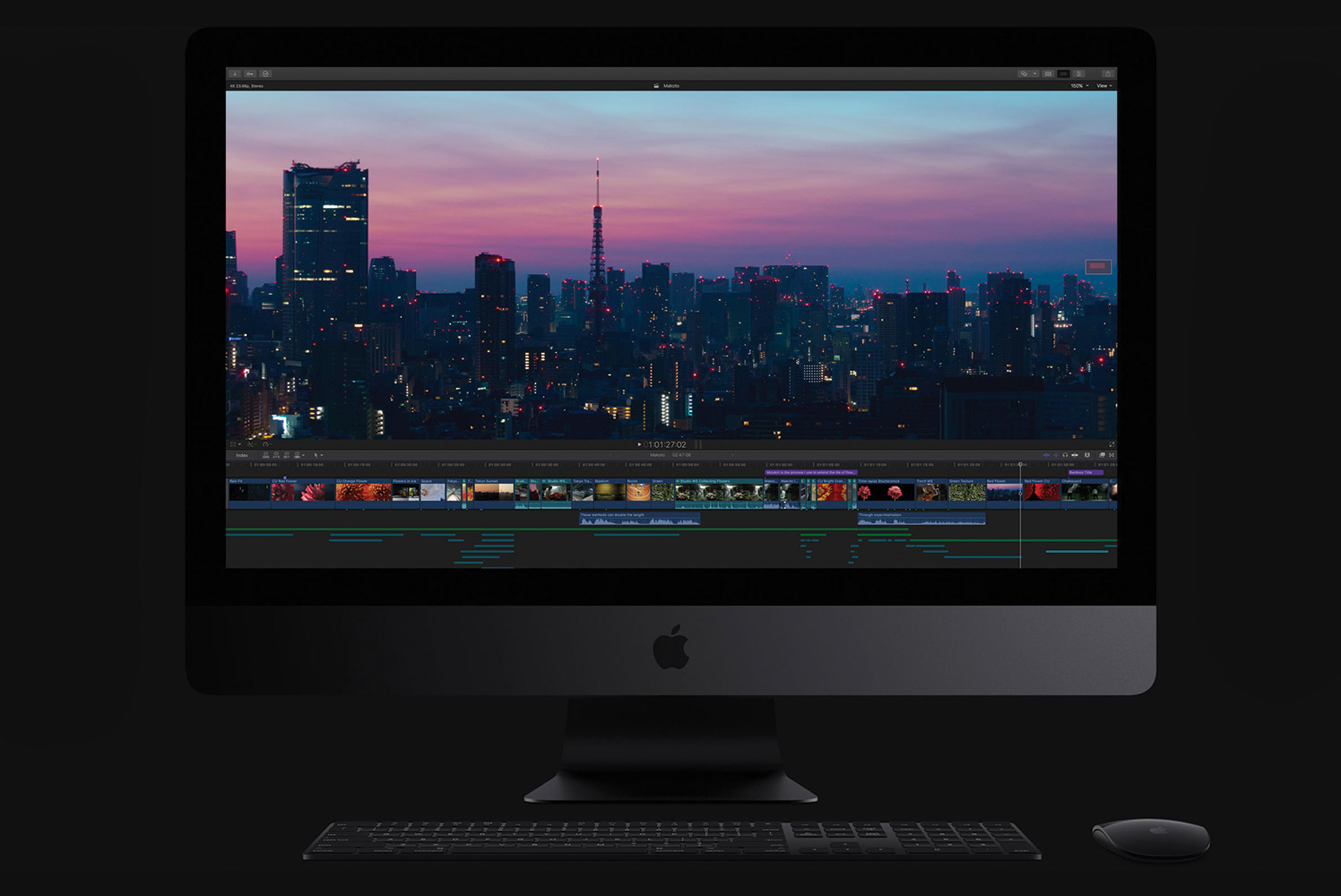 Apple have revealed the iMac Pro - the fastest, most powerful Mac product to date. Click through to see what specs are in this monster!

[vc_row][vc_column][vc_single_image image="4780" img_size="full" css_animation="top-to-bottom"][vc_column_text]Apple have revealed the iMac Pro, it's fastest Mac ever. It has an 8-core Xeon processor as standard with a huge, optional 18-core Xeon processor. A new AMD Radeon Vega GPU will power the graphics for the computer, helping to keep everything crisp on the 5K display. The Pro model can handle up to 4TB of SSD space to hold all your important files, and - as those files are all prone to data-corruption - it will have have the ability to hold 128GB of RAM (16GB VRAM and 128GB ECC RAM). A slew of other features, along with the software improvements of the newly announced MacOS High Sierra, will bring the iMac Pro to the top of the range when it's launched later this year. Importantly, in an attempt to rid itself of the poorly received Mac Pro, the all-new iMac Pro will sit inside the exact same housing as the super-slim iMac, albeit with a Space Grey tint to distinguish it from the weaker models. The accessories - keyboard, mouse, trackpad - will all have the same Space Grey finish, and you won't be able to buy them separately, so if you like the look of the black keyboard, you'll be looking at a pretty high price tag![/vc_column_text][vc_single_image image="4779" img_size="full" css_animation="top-to-bottom"][vc_column_text]

The iMac Pro will begin shipping in December with an expected £4,999 price tag for the standard configuration. Expect the optional upgrades to cost you some pennies as well.