Google have just announced the Google Pixel, but how does it fair against the iPhone 7 is a head-to-head? We pit the two smartphones against each other.

Google have just announced their new 'Made by Google' flagship phone, the Google Pixel. Hot on the heels of the iPhone 7 being announced last month, Google have a lot to prove. Let's see how the two phones weigh up. 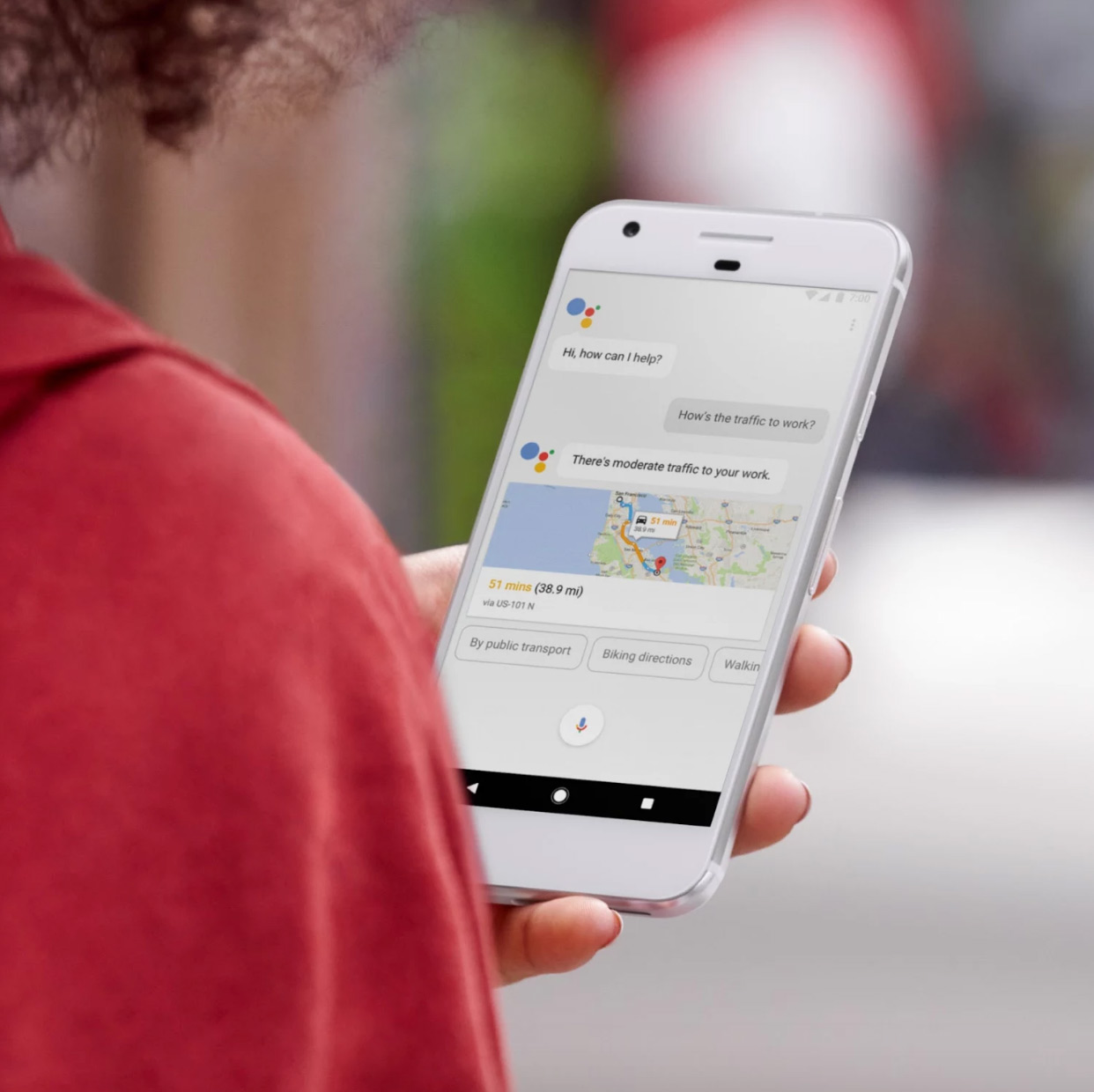 The Google Pixel has definitely taken some design choices straight from the iPhone. Rounded, brushed-metal edges look almost identical to the iPhone 7, and the antenna lines are similar as well. Where the Pixel does stand out, though, is where the fingerprint sensor is located. 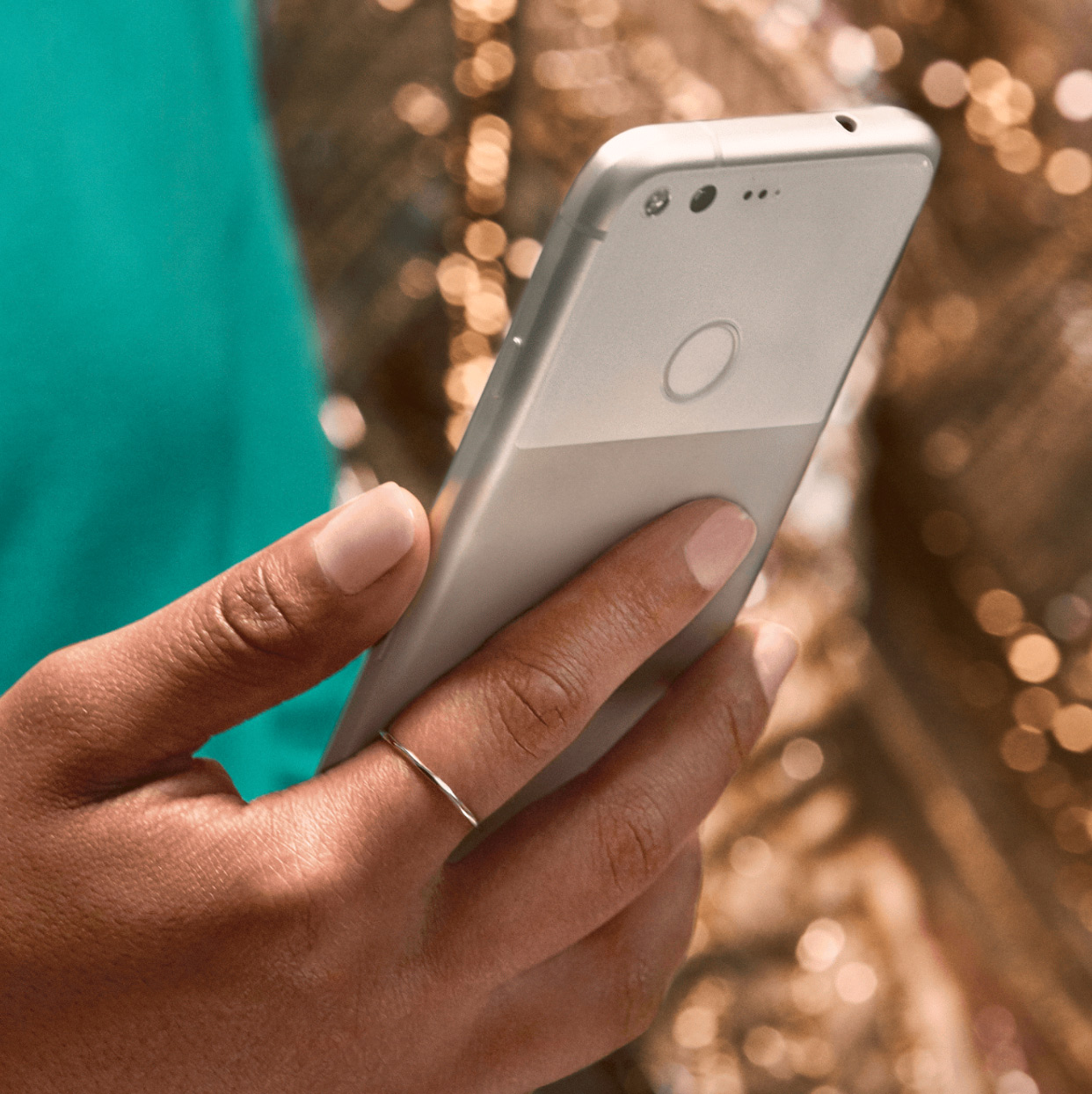 With the fingerprint sensor on the back (as it was with the Nexus 6 and 6P, and other Android phones) the user can comfortably unlock their phone without having to stretch their thumb down to the bottom of the phone. It's an unusual design choice, but it does work to add a level of security that some people choose to disable because of the inconvenient home-button sensor location. Swipe down on the fingerprint sensor, and your notification drawer will open up - another great feature that stops you from having to reach your thumb to the top of the screen. 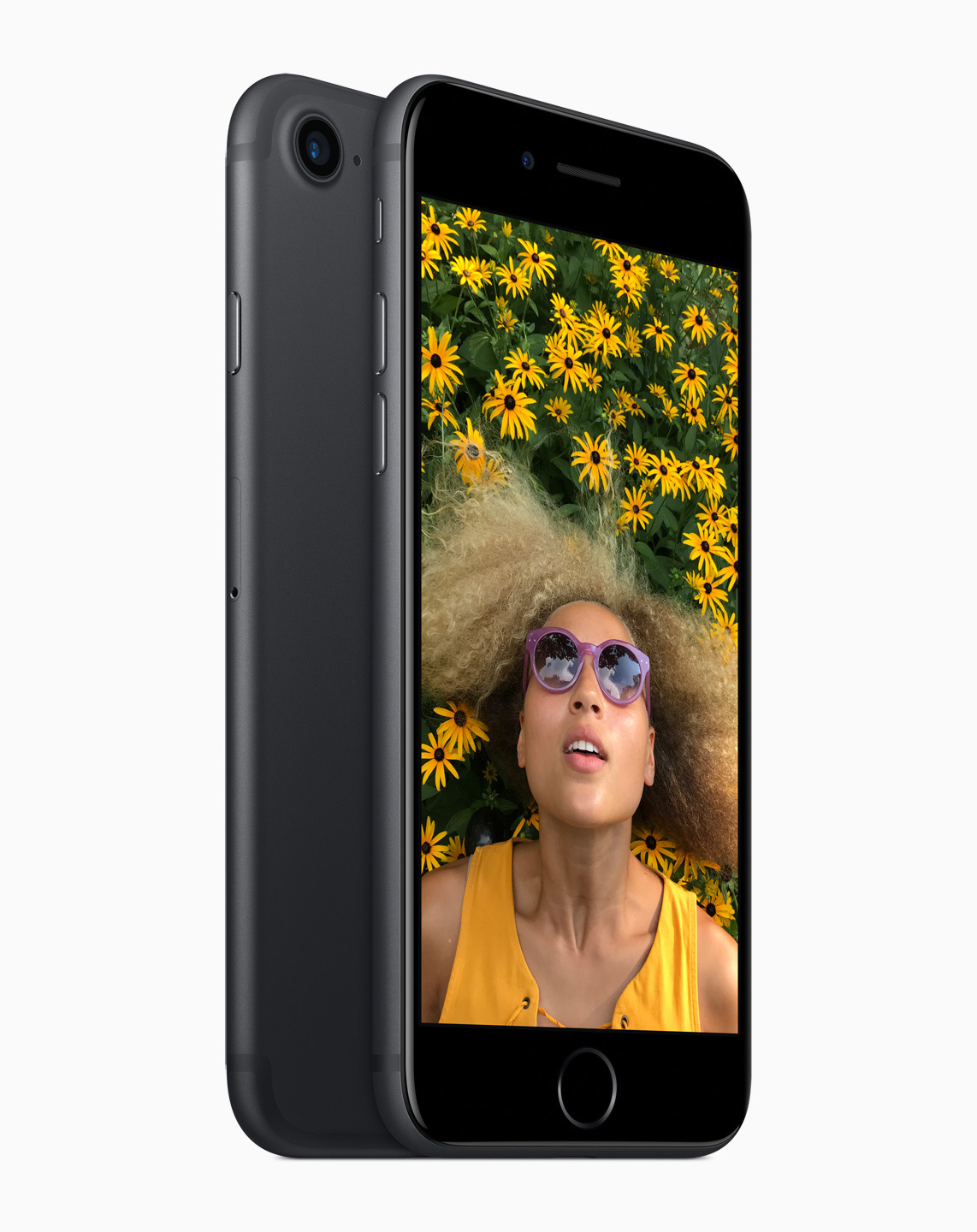 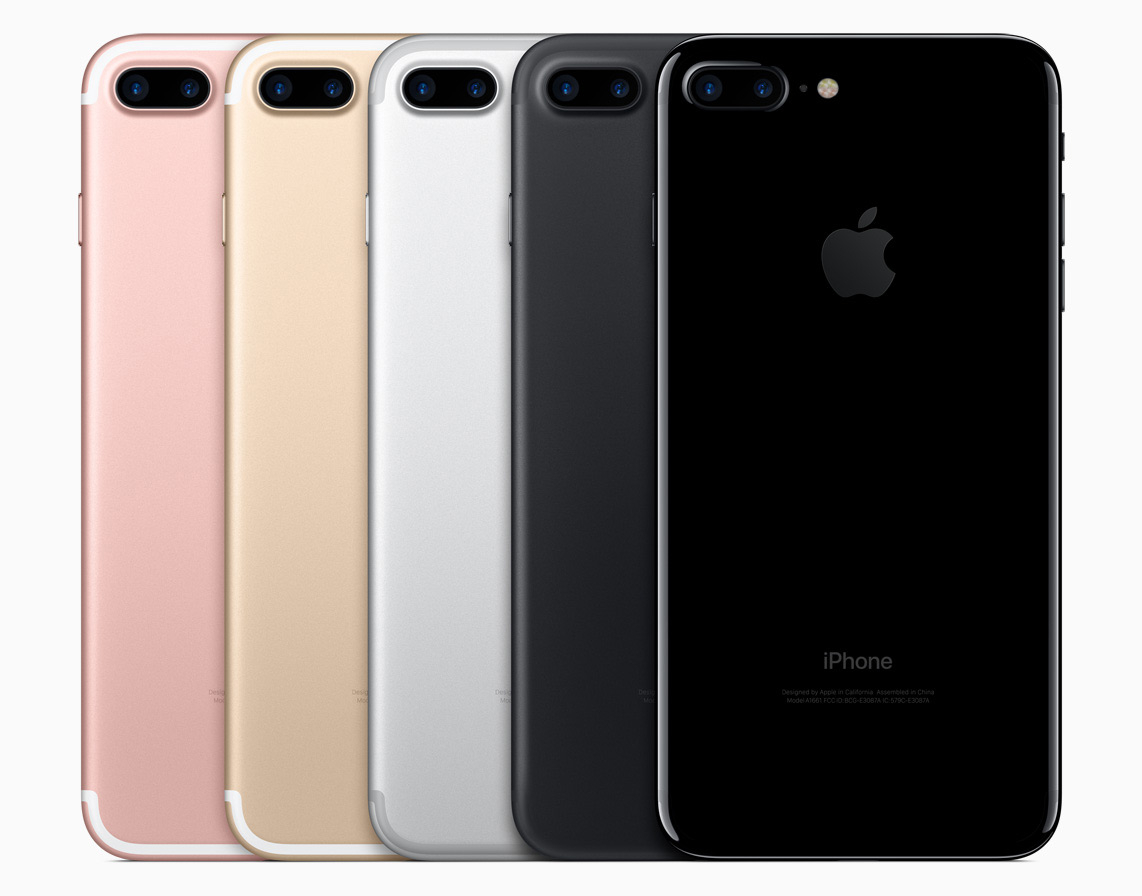 The colours of the iPhone 7 are the ones you'd probably expect them to be; Rose Gold, Gold, Silver, Black and the new, nostalgia-inducing Jet Black. Google have gone for a modest Silver or Black, with some countries getting a vibrant Blue. 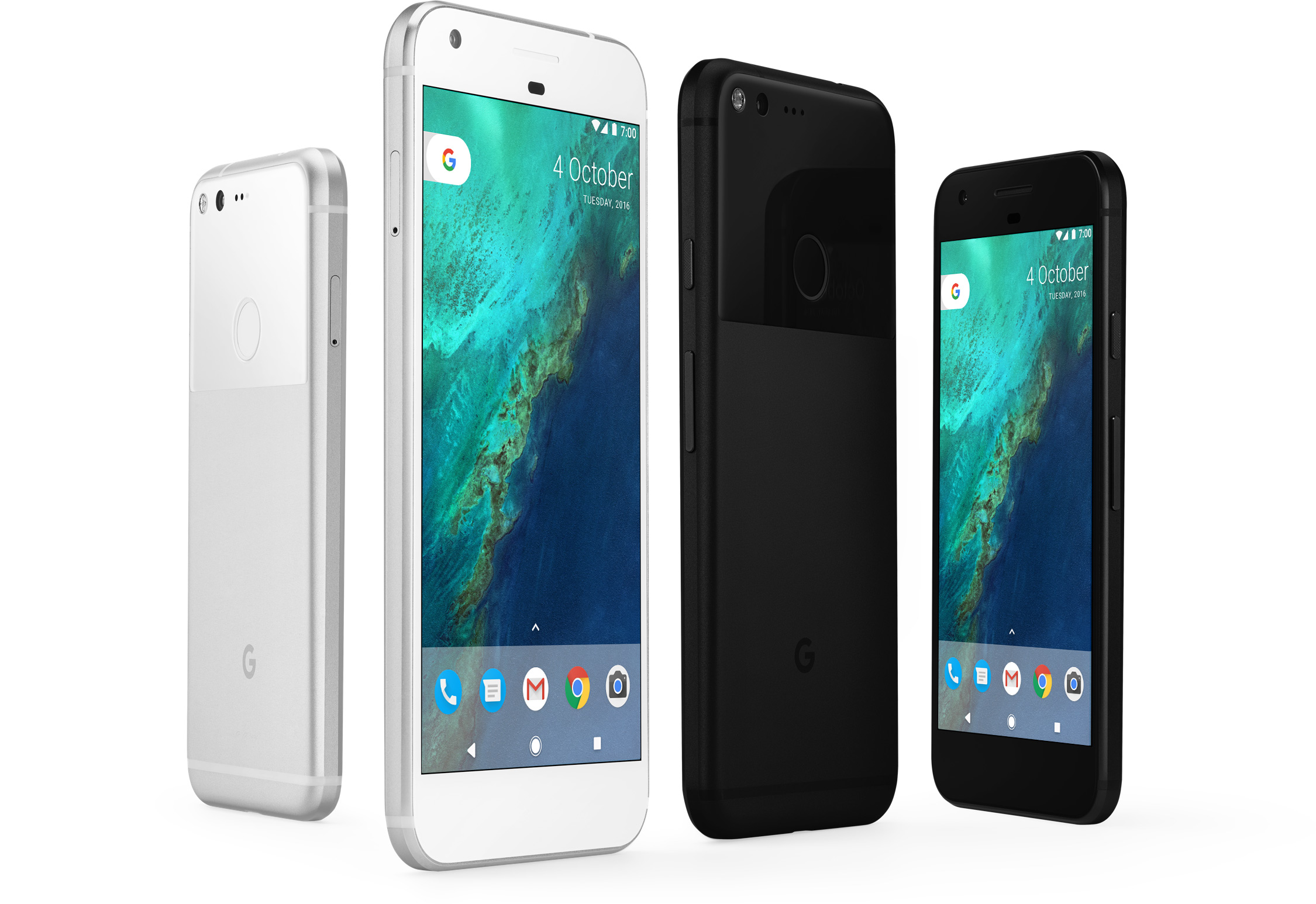 Perhaps the most controversial 'feature' of the iPhone 7 is the missing 3.5mm headphone jack and, for that reason, it's possible that some people will pick up a Google Pixel just so they can use their trusty, wired headphones.

The iPhone has always been a design inspiration for a lot of phone makers (as you can see in some of Google's design choices above), but Apple still chooses to use hardware that's far below top-of-the-range parts. The iPhone 7 has a 4.7 inch, 750p display even when there are years-old phones out there with 1080p or better. This is where Google grabs our attention. 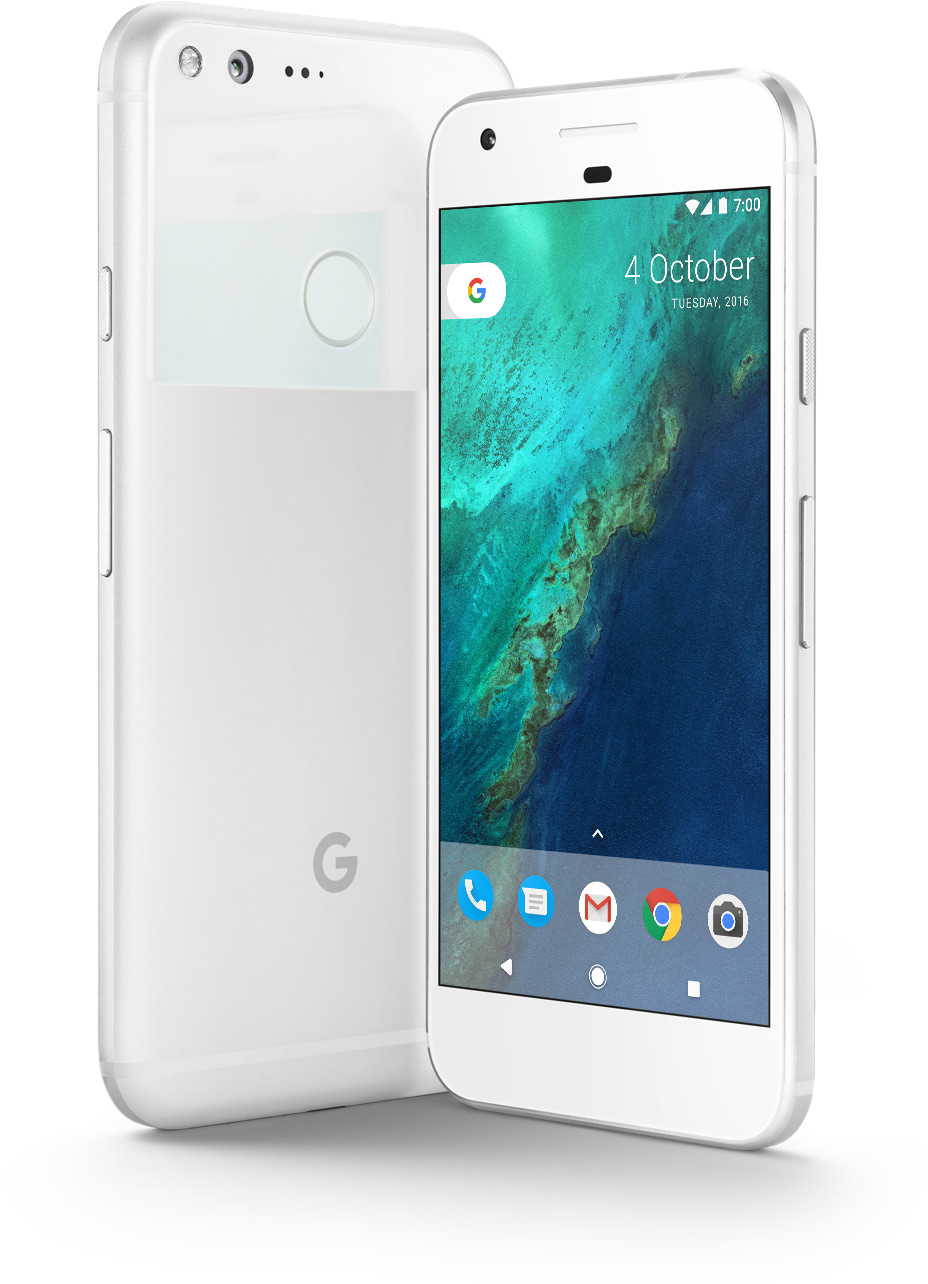 The Google Pixel has a Full HD (the Pixel XL has a Quad HD display), 1080p, 5 inch screen. This should result in a much more crisp experience. Although the iPhone has always had the home button underneath the display, Google - for those who don't know - usually offer a choice between software buttons and physical buttons. The way it usually works is you switch a toggle in your settings, and your software buttons disappear and lights hidden underneath the face of the phone show you where to press for the physical buttons. We only wish Google had decided to force users to have software buttons and extend the screen downwards. The Pixel looks weird if you're using software buttons as it has a large 'chin'.

Apple decided - at last - that 16GB of space wasn't enough for most users, so they ditched that option and started the base-model iPhone 7 with 32GB of space. Android smartphones (not including budget Android phones) have always been keen to offer 32GB or 64GB of space as standard though. 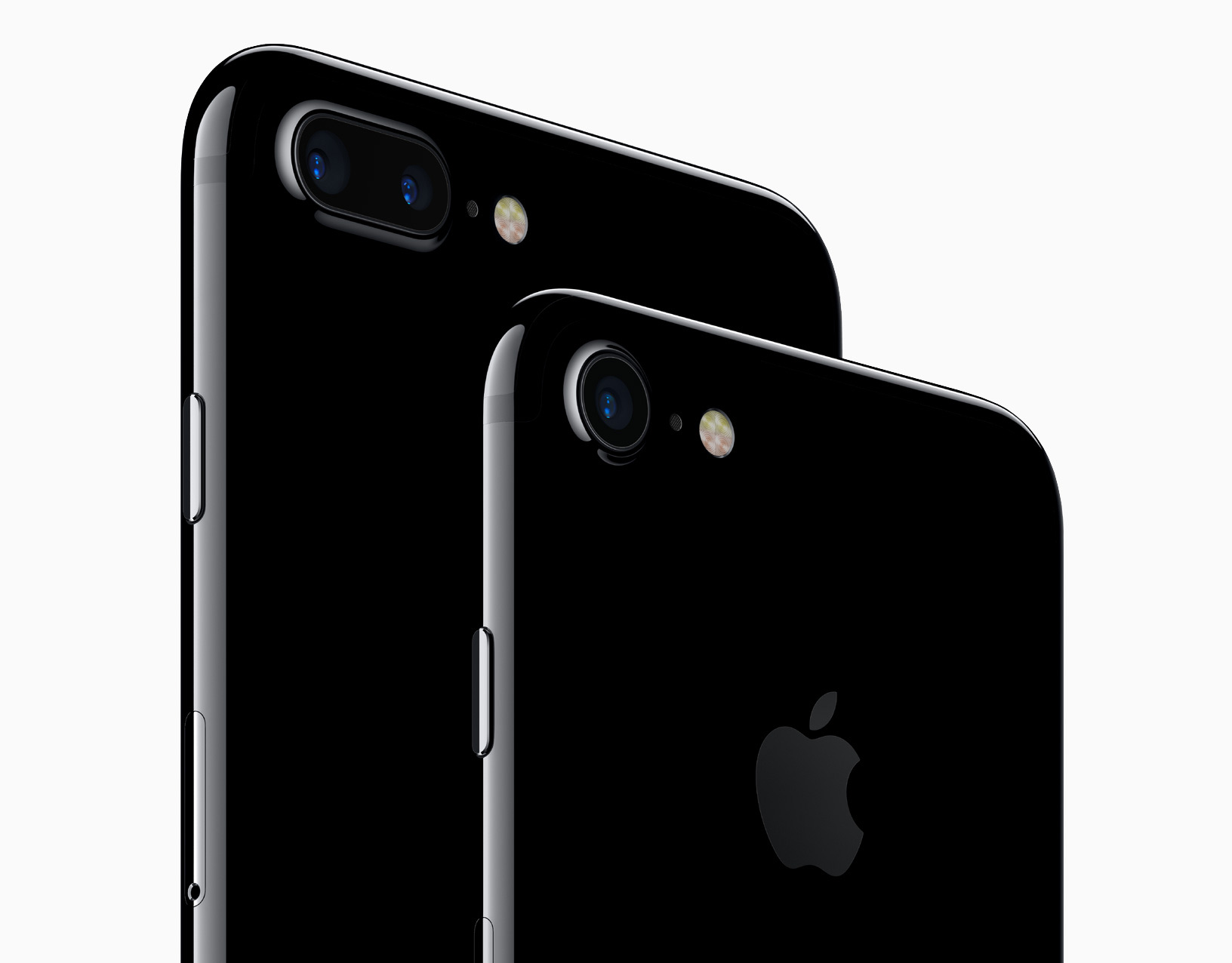 It's a shame to see that Google have given the base-model Pixel 32GB as well - they don't even offer 64GB as an option, with 128GB being the next step up for a measly £100. The iPhone 7, on the other hand, offers 32GB, 128GB and 256GB options, each for a £100 step up. Considering Apple's big push in to streaming music with their Apple Music platform, it seems strange that they now offer a 256GB option. To us, this feels more like a power play over other phone makers who likely won't offer this storage size.

Although Google are boasting that their new phone has the 'highest rated smartphone camera', the Pixel has the same 12MP size sensor as the iPhone 7. The iPhone 7 wins by comparison though, as Apple's camera has an f/1.8 aperture (Pixel has f/2.0) and also has optical image stabilisation. 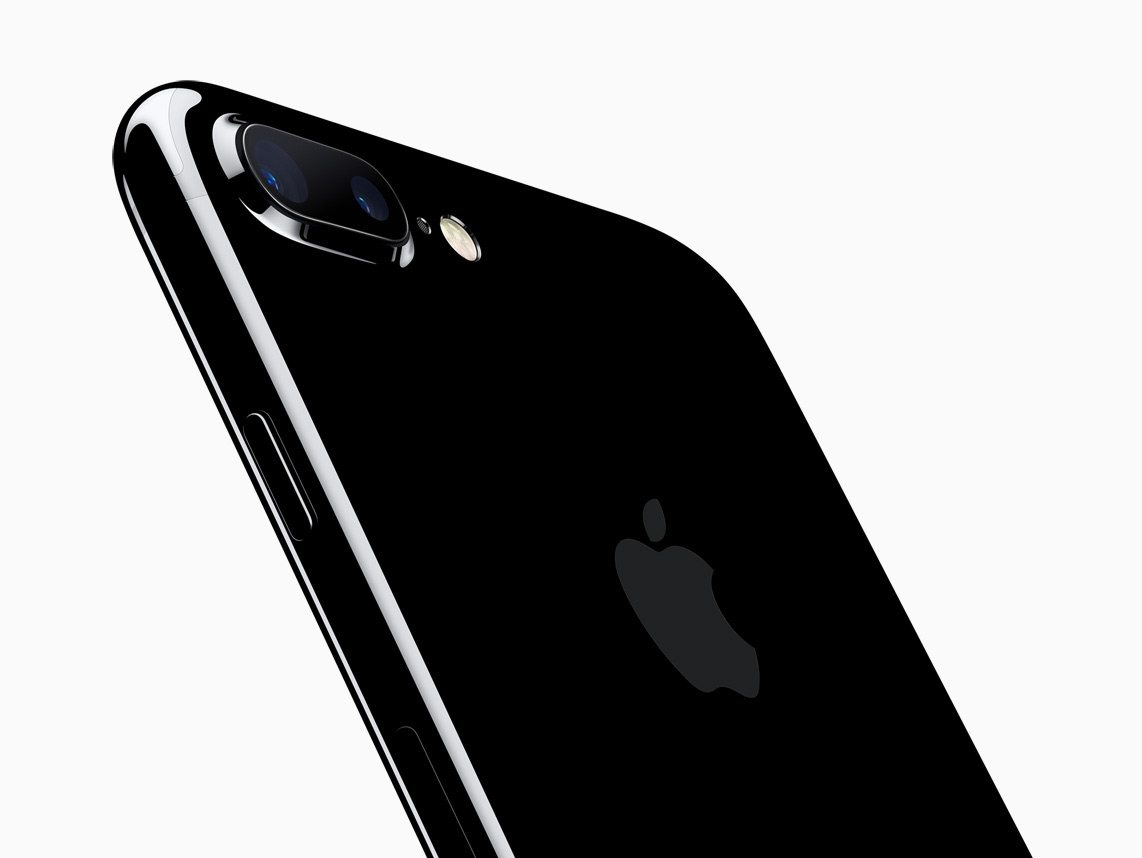 We won't know what the Google Pixel camera is like until we see images coming from the phone once it's available, but we already know that the iPhone 7 takes great photographs so the Pixel will have to do something special to stand out. 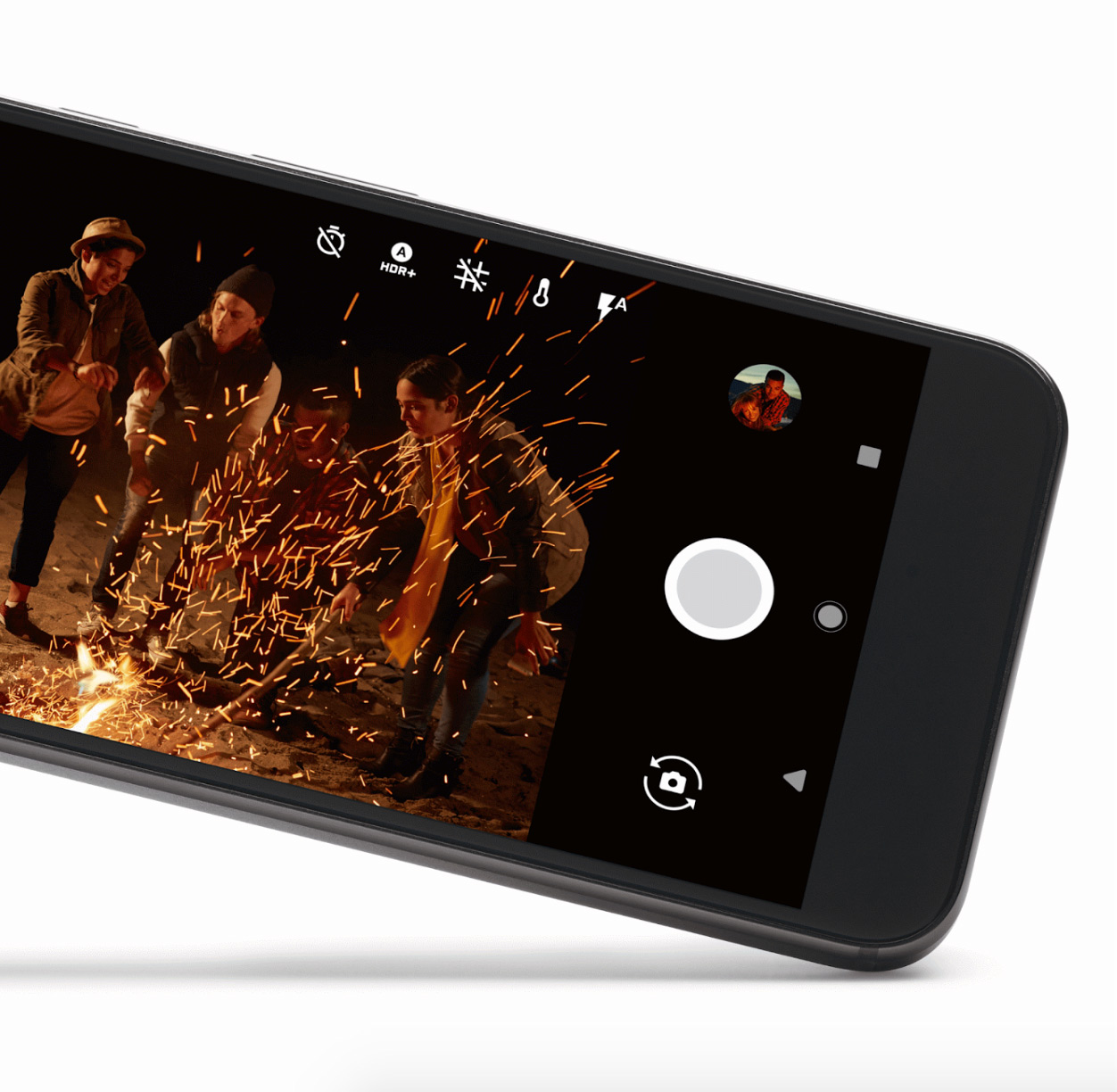 Both the Google Pixel and iPhone 7 base models are £599 with 32GB storage, and the 128GB models from both companies are £699. This shows that Google feel that they're comfortable competing with Apple now that they've brought their phone design in-house. Apple does offer the iPhone 7 with 256GB of space for £799, but Google didn't step up to the plate.

Although the Google Pixel is a great Android phone, there are other great Android phones that leave the Pixel feeling more like a design statement than a flagship smartphone for one of the world's biggest tech companies. Google's focus on software is all good and well, but this can also be applied to other Android phones in the future. The iPhone 7 wins this battle for us in that it's already proven itself in the hands of the general public, and Apple aren't scared to make risky decisions when making bold design choices for their phones. We imagine that most people will thank Apple in a few months for removing the 3.5mm headphone jack - it brings back strong memories of when they removed the disk drive from the MacBook range. Ultimately, we can't wait to see the two companies go head-to-head next year where we imagine there will be a bigger fight on their hands as they both think of new and innovative ways to one-up each other.