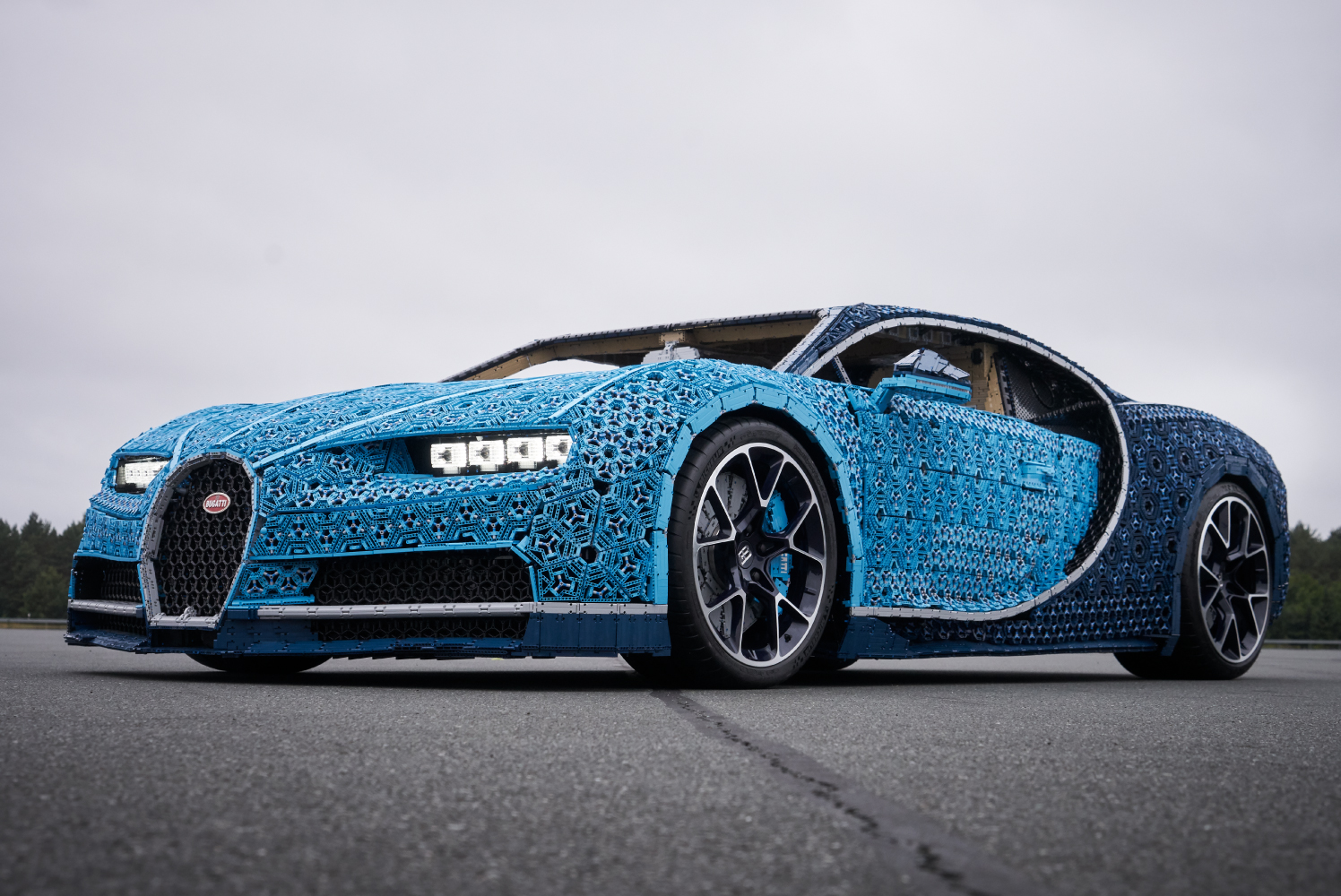 Testament that with LEGO Technic you can build for real, this non-glued, fully-functional and self-propelled LEGO Technic model can fit two passengers inside and accelerate to over 12mph

Perfectly recreating the organic design lines of the world’s fastest production car – the iconic Bugatti Chiron – the LEGO Technic life-size model pushes the boundaries of what LEGO builders imagined was possible to build in LEGO elements. The model is the first large scale movable construction developed using over 1,000,000 LEGO Technic elements and powered exclusively using motors from the LEGO Power Function platform. Packed with 2,304 motors and 4,032 LEGO Technic gear wheels, the engine of this 1.5 tonnes car is generating 5.3 horse power and an estimated torque of 92 Nm. Lena Dixen, Senior Vice President of Product and Marketing at the LEGO Group said:

“This life-size model is a first of its kind in so many ways and with it, we wanted to push the boundaries of our own imagination. For over 40 years, LEGO Technic has allowed fans of all ages to test their creativity with a building system that challenges them to go beyond just creating new designs, to also engineering new functions. Our Technic designers and the engineers from the Kladno factory in the Czech Republic, the place which also builds the impressive models for LEGO Stores and LEGOLAND parks, have done an amazing job both at recreating the Bugatti Chiron’s iconic shapes and making it possible to drive this model. It’s a fascinating example of the LEGO Technic building system in action and its potential for creative reinvention.”

A fascinating feat of design and engineering

Seen from a distance side by side, the resemblance of the two cars is striking. Get closer and you will find a fascinating and complex outer ‘skin’ structure, built of interconnected triangular segments made into a LEGO Technic ‘fabric’ designed to mimic the iconic shapes of the original Bugatti Chiron. Peek inside and discover that every single detail of the original car has been carefully and precisely recreated in LEGO Technic elements – from seats, to dashboard and the steering wheel.

Not one drop of glue was used![/caption]

The model is a first of its kind in many ways:

all fully functional and built of LEGO Technic elements, the model is a dream come true for any LEGO fan.[/caption]