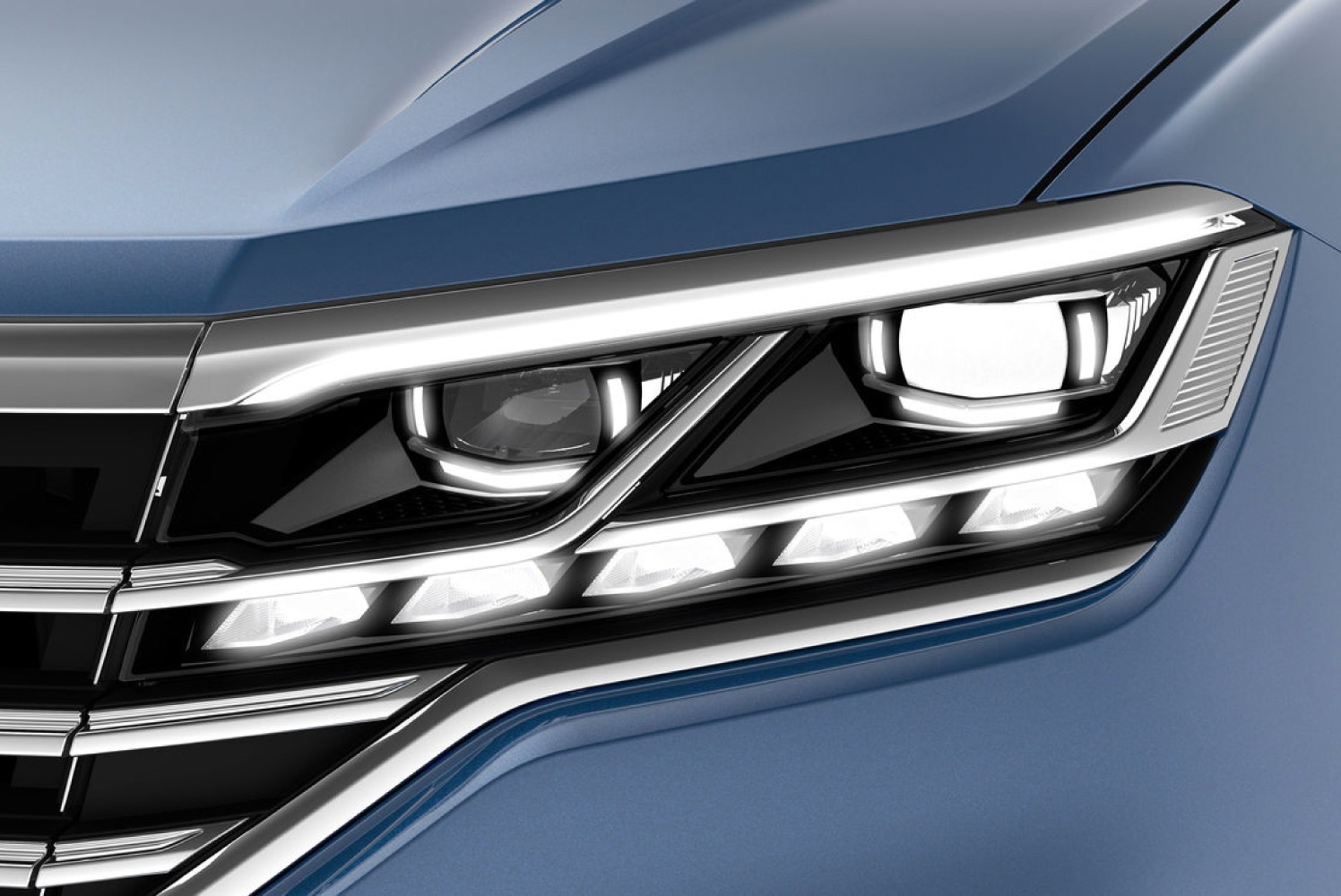 Modern LED lighting systems ensure that driving in the dark in autumn and winter is much safer. The Touareg, for example, has the optional “IQ.Light - LED matrix headlight” which includes a poor weather light that reduces back-glare and cross-glare on wet roads. Here the distracting reflections of the headlight on the reflective road surface directly in front of the vehicle are reduced by the “IQ.Light” that reduces illumination intensity in this area.

These kinds of intelligent controls are becoming increasingly popular. The Arteon as an example: the Gran Turismo is fitted with the optional “Active Lighting System”. The LED double headlights perfectly illuminate the course of a bend before actually driving on it. The new feature is that this is done proactively and independently of the steering angle based on the front camera images and the route data of the navigation system. This enables the Arteon to illuminate the course of a bend before the driver turns into it. The driver now looks into a brightly illuminated curve up to two seconds earlier – sometimes a crucial two seconds. The first Volkswagen LED headlights made their international debut in autumn 2013 as standard equipment in the electrically powered e-Golf1. Since then, this powerful and economical lighting technology has been used in an increasing number of vehicle classes. Today, in addition to the Golf, Arteon and Touareg, the Polo, T-Roc, Touran, Tiguan and Passat series are also available with LED headlights.