New SEAT SUV Will Sit Above the Ateca

New SEAT SUV Will Sit Above the Ateca 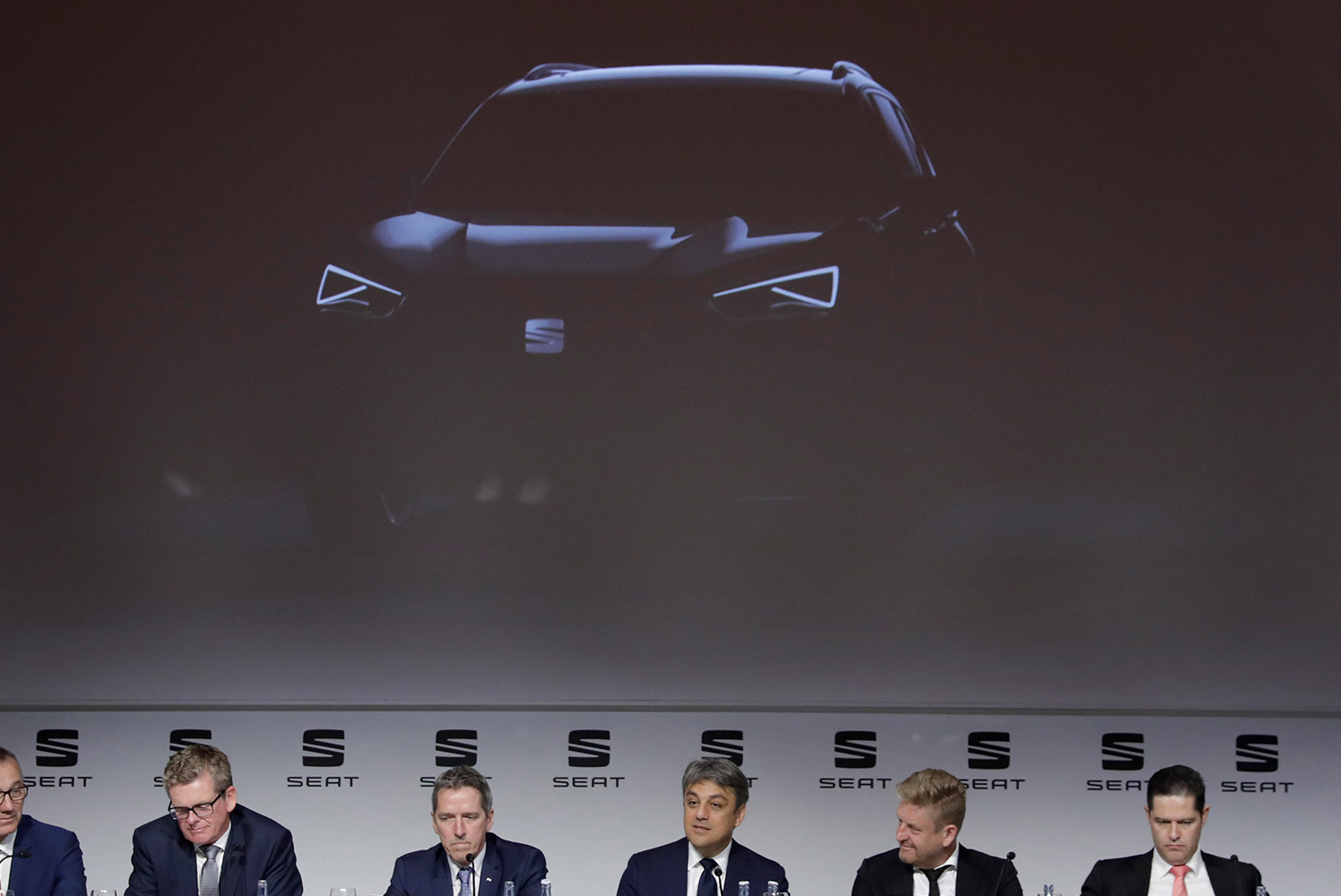 A third new SEAT SUV has been announced, sitting above the SEAT Ateca in the range. The new car, rumoured to be called the Formentor, is due in 2018.

[vc_row][vc_column][vc_custom_heading text="SEAT have announced that they will be adding a third SUV to their range, and it will sit above the Ateca in the pecking order." font_container="tag:h3|text_align:left" use_theme_fonts="yes"][vc_column_text]The new SEAT SUV will be the company's flagship model, and will feature new technologies based on the MQB platform that will be used in the new Tiguan Allspace, which also means that the car will offer 5-seat and 7-seat options from launch. The car will be designed in Barcelona and produced in Wolfsburg, right in the heart of the Volkswagen Group. This news comes off the back of SEAT announcing that they had made record profits this year.[/vc_column_text][/vc_column][/vc_row][vc_row css=".vc_custom_1481109360829{background-color: #212121 !important;}"][vc_column][vc_single_image image="4511" img_size="full" css_animation="top-to-bottom"][/vc_column][/vc_row][vc_row][vc_column][vc_column_text]The new model isn't expected to be available until 2018, but that doesn't stop SEAT teasing it, or announcing it at one of the big motor shows this year such as Frankfurt Motor Show. SEAT also said that they were planning on diversifying their business, and not relying on European sales. It would make sense for SEAT to market this new model in America as it has the size and space that most demanding Americans expect from their vehicles. The name of the new car is rumoured to be the SEAT Formentor. This comes after SEAT applied for trademarks relating to that name, and it fits in with SEAT's existing models which are all named after places in Spain.[/vc_column_text][/vc_column][/vc_row][vc_row][vc_column][vc_column_text]