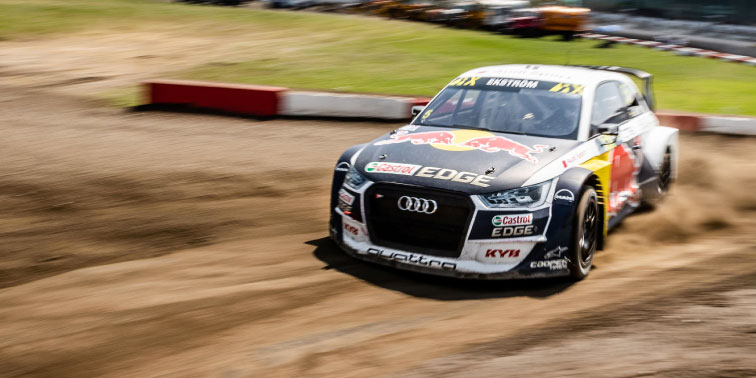 A crazy race weekend with many highs and lows: in round seven of the FIA World Rallycross Championship as the best Audi driver placed fourth.

A crazy race weekend with many highs and lows: in round seven of the FIA World Rallycross Championship at Trois-Rivières, Canada, Mattias Ekström as the best Audi driver placed fourth with a small deficit.

During the season’s first overseas rallycross race both Mattias Ekström and his teammate, Andreas Bakkerud, shone with strong starts and fast times. On the extremely fast circuit, Ekström in the 580-hp Audi S1 EKS RX quattro featuring improvements to the suspension and the engine occupied second place overall at the end of day one. After a racing incident between Ekström’s Audi and Sébastien Loeb’s Peugeot, the Swede was unable to finish Q3. With an impressive second place in the semi-finals, Ekström clinched his ticket for the final, but missed the podium there by just 1.2 seconds. [caption id="attachment_5952" align="aligncenter" width="756"] 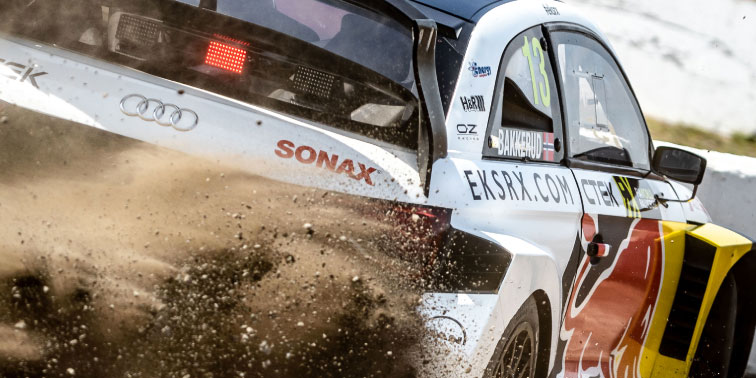 It was an epic spectacle...[/caption] From third on the grid, Andreas Bakkerud showed a rocket start in the second semi-final and advanced to the front of the field. “Unfortunately, Sébastien Loeb touched the rear of my car which resulted in damage to a suspension component,” the Norwegian reported. Even so, he did not give up and in his Audi impressively fought his way across the finish line in fourth position but barely missed making it into the final. [caption id="attachment_5953" align="aligncenter" width="756"] 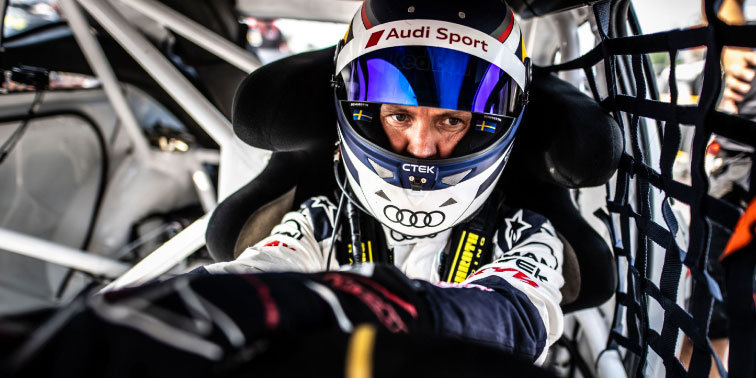 Mattias Ekström[/caption] “We had a really good base,” said team owner and driver Mattias Ekström summing up the event. “For instance, we strongly improved our starts since the beginning of the season. Obviously, we’re disappointed about not being able to take home any trophies from the first overseas race of the season, but the gaps here were very small and the competition worked hard as well so that a few small mistakes had major consequences. We need to continue to prepare at full throttle in order to strike back in the next race at Lohéac.” In three weeks’ time, the World RX will return to Europe: round eight of the season will be held at Lohéac (France) on the first weekend in September.