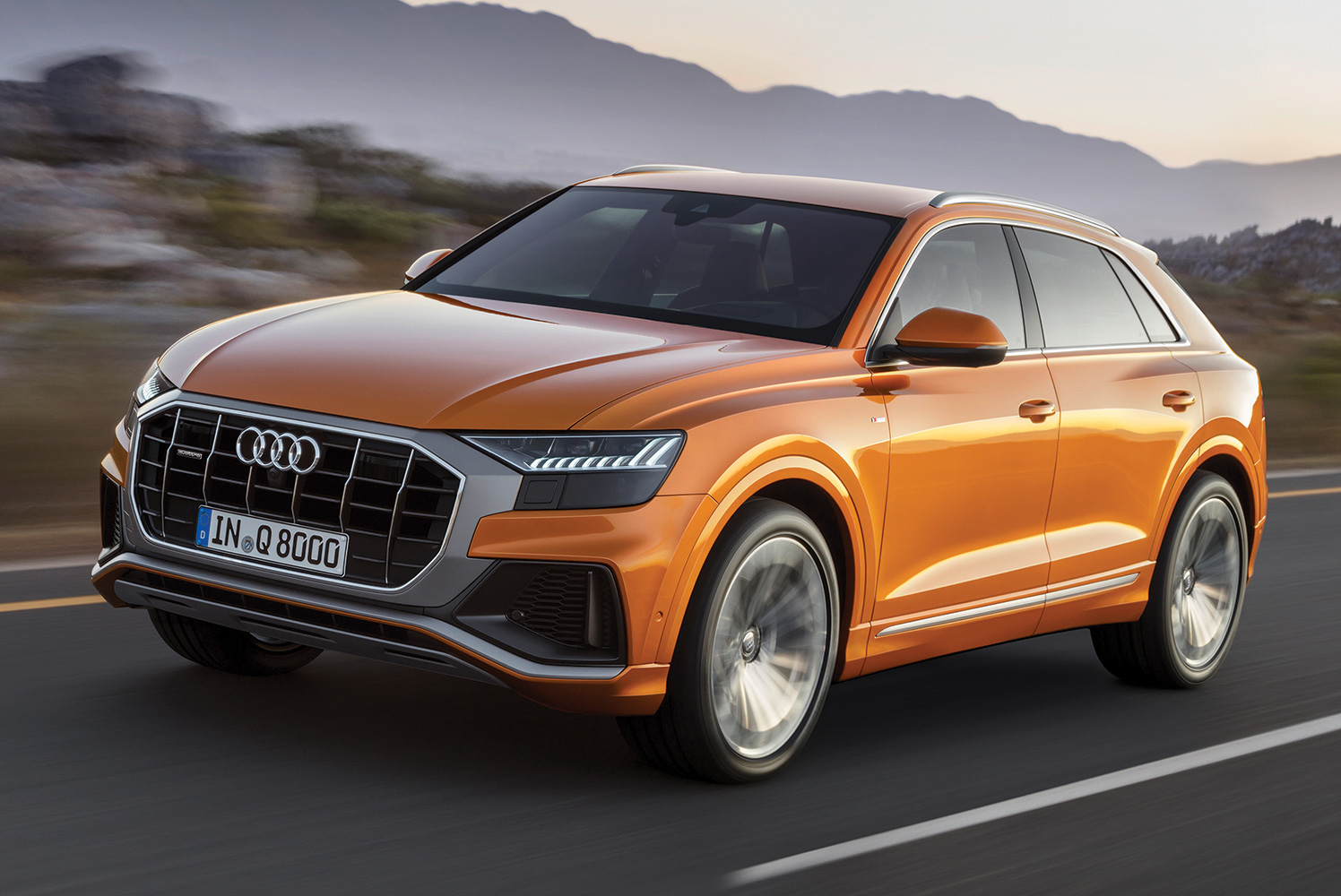 The Audi Q8 is finally here after nearly four years of concepts teasing the future of the Q family. At the Audi Summit event in Munich, the new mega-SUV was unveiled in its final, production-

[vc_row][vc_column][vc_column_text]The Audi Q8 is finally here after nearly four years of concepts teasing the future of the Q family. At the Audi Summit event in Munich, the new mega-SUV was unveiled in its final, production-ready, design. Easing back on the enormous grille of the Audi Q8 concept, the new model looks like a fierce cousin on the Audi Q5. For those who want the biggest wheels possible, the hence wheel arches can house up to 22-inch wheels. Inside, you're basically sitting in an Audi A8 albeit for the back seats where you won't find the luxurious centre armrest with detachable touchscreen controller - this is a family car after all. Where the Audi Q8 looks nicest is at night - LEDs coat all the traces of the design lines of the interior providing a backlight for everything from the glove compartment to the quattro badge to the doors. The Audi Q8 assists the driver as much as possible, starting with the adaptive cruise assist, then the crossing assist, lane change warning, curb warning and 360 degree cameras. Remote garage pilot will follow in early 2019. From launch, the only engine available on the Q8 will be a 282bhp 3.0-litre V6 diesel (the same '50 TDI' the A8 has). 0-62mph of 6.2 seconds with a top-speed of 144mph. This model will also come with Audi's mild-hybrid 48v battery for a whole host of eco-friendly benefits.[/vc_column_text][vc_column_text]

With production starting soon, expect to see the order books open on the new Audi Q8 near the end of the year.