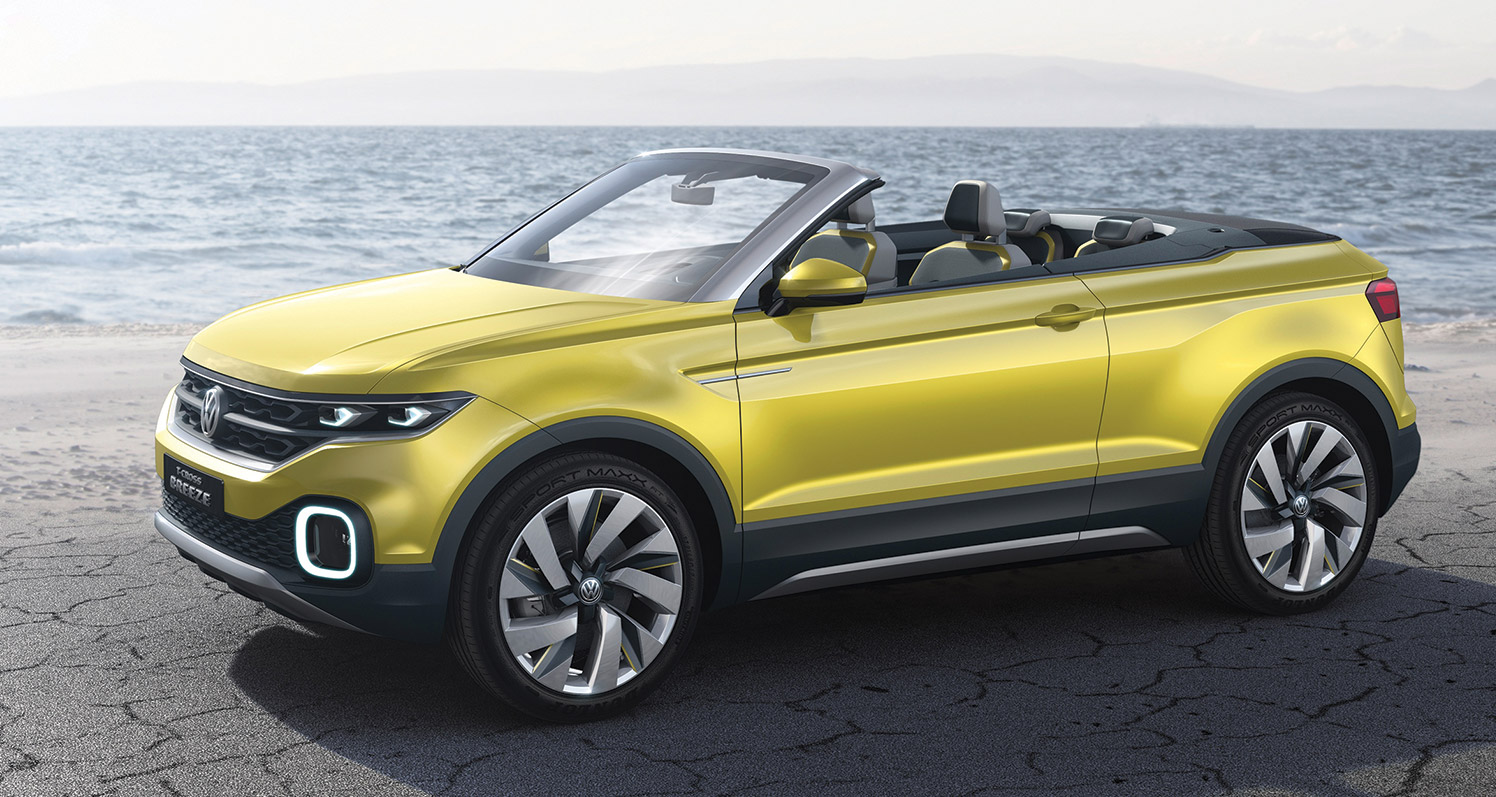 An updated Touareg (third-generation), a redesigned Jetta and a brand new model - the T-Cross - have all been teased in a video released by Volkswagen that reveals the new models are to be an

[vc_row][vc_column][vc_column_text]An updated Touareg (third-generation), a redesigned Jetta and a brand new model - the T-Cross - have all been teased in a video released by Volkswagen that reveals the new models are to be announced this year - most likely at the Geneva Motor Show in March. In the video, VW shows a concept car - the T-Prime Concept GTE - that was a study that apparently gave a foretaste of what to expect of the next version of the large SUV. Could this imply that the next Touareg will offer a GTE version? We only have a couple of months to wait until we find out.[/vc_column_text][vc_single_image image="5463" img_size="full"][vc_column_text]Interestingly, VW say that the updated Touareg will have a special highlight that will be the defining feature of the new version, "the Cockpit." This looks like it is an upgraded version of the already popular Active Info Display. In the concept footage of the T-Prime that is being showed as the voiceover tells us this, we're shown a huge (and we mean huge) display behind the steering wheel with an equally massive infotainment screen alongside it. Although the footage does seem to imply that this will be one enormous screen that reaches from the driver's side of the car to the far edge of the infotainment screen, we can see that there is a black bar in between the two screens that prove that they're still two separate displays. It's also worth pointing out that VW's video called the new Active Info Display "The Cockpit" - could the technology be getting a new name in the updated Touareg? We think so.[/vc_column_text][vc_single_image image="5464" img_size="full"][vc_column_text]The new Jetta doesn't get any screen time, even in a concept form, and it's quickly mentioned for a fleeting moment before quickly moving on to the T-Cross. We're hoping that the Jetta will be similar in design to the new VW Arteon, which would make sense as the CC (which the Arteon replaced) looked similar to the Jetta already. The T-Cross will start "rollin' out" this year - yeah, you read that right, they left off the 'g'. For some reason, Volkswagen are determined to make the T- models sound cool and funky for younger generations. Apparently that means hip and trendy abbreviations. They say that, when they revealed the T-Cross Breeze study, it caused a stir, and now it seems that they will be following up that initial acceptance with a production model in 2018. The concept is a convertible model as well, so the T-Cross could possibly have the same design. That being said, the concept model shown is the T-Cross Breeze, so we could see multiple trim levels and only one of them (a 'Breeze' trim level) has a retractable roof.[/vc_column_text][vc_single_image image="5462" img_size="full"][vc_column_text]The ID family - currently consisting of the ID, ID Buzz and ID Crozz - will be gaining a new family member as well. This fourth model shows that Volkswagen are serious about bringing a new range of electric models to market. As to what form this fourth vehicle will take, it's still to be confirmed. So far, the ID range has a supermini four-door model, a microbus and a crossover. This leaves us wondering if the ID family is about to gain a Saloon or an Estate model. As to why Volkswagen has decided to reveal this information so far in advance of Geneva Motor Show is anyone's guess. Our guess is that VW will have a presence at the Consumer Electronics Show (CES 2018) in Las Vegas this week, and the technologies they will be showing will be inside one, or more, of these new models. It wouldn't be the first time Volkswagen has shown up at CES, so it definitely seems plausible![/vc_column_text][vc_column_text] [/vc_column_text][vc_column_text]

If some, or all, of these models (an updated Touareg, Jetta, T-Cross and new ID model) are revealed before Geneva Motor Show, what does that leave the carmaker with to announced in March? Our bet is on a redesigned Scirocco (possibly with a completely new name).