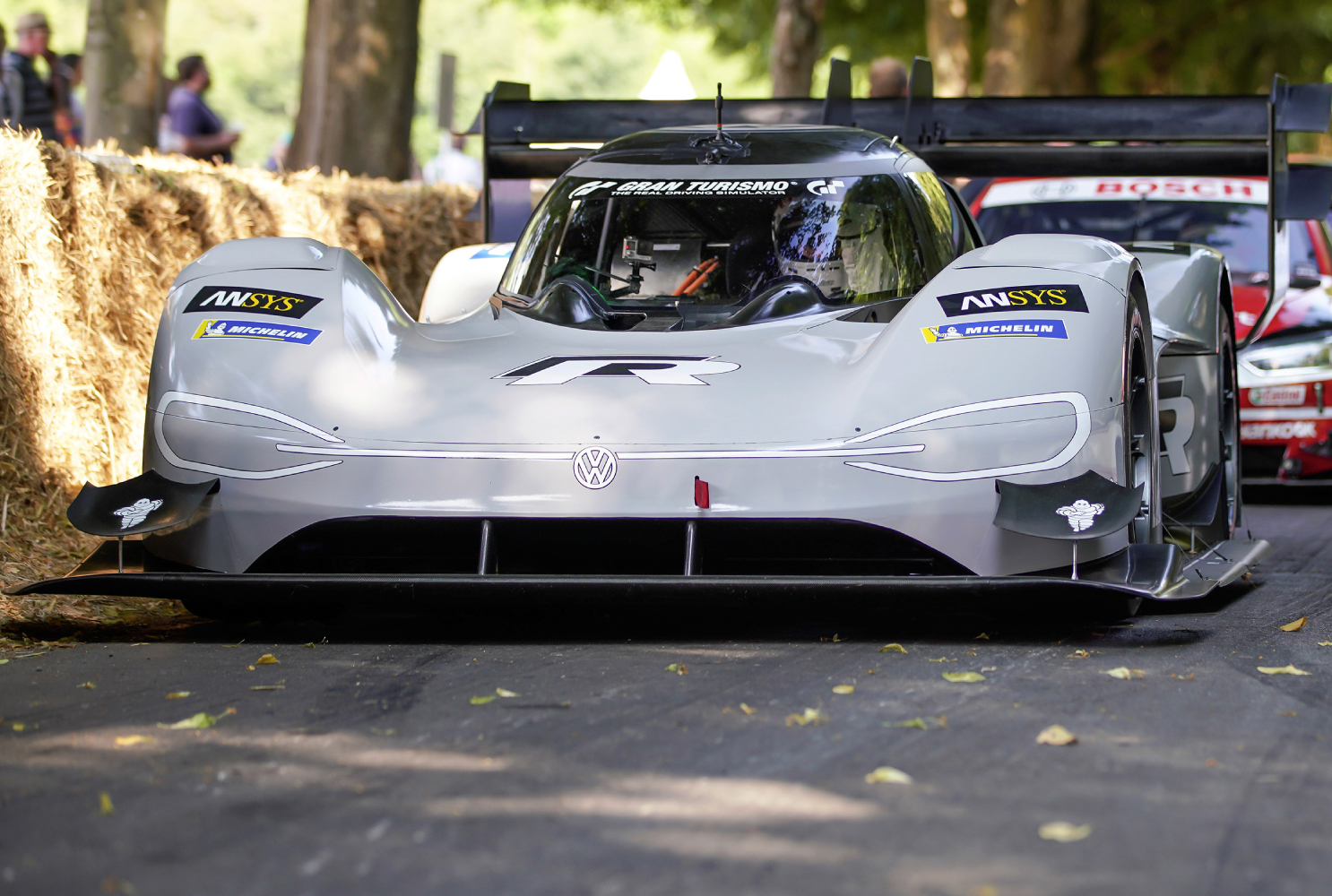 The time has come: the Volkswagen I.D. R Pikes Peak is currently making its debut in Germany at the 13th Classic Days at Schloss Dyck.

The time has come: the Volkswagen I.D. R Pikes Peak is currently making its debut in Germany at the 13th Classic Days at Schloss Dyck. The Autostadt in Wolfsburg will present Volkswagen’s first all-electric powered racing car at their “Passion | Pace | Performance” exhibition. With around 40 exhibits, ranging from the 1920s Bugatti to the current Volkswagen I.D. R Pikes Peak, the motorsport brand diversity of the Volkswagen Group will be presented, focussing on the past, present day and future. The 500 kW (680 PS) I.D. R Pikes Peak is the sporting forerunner of the I.D. family, the series of all-electric powered production cars that Volkswagen will be launching as of 2020. Not least due to its successes, the I.D. R Pikes Peak impressively embodies the present and with its electric drive, the mobility of the future. Volkswagen has already set two records with the electric racing constructed in just eight months. At the 2018 Pikes Peak International Hill Climb on 24 June, Romain Dumas (F) not only improved on the previous record for electric racing cars, but with a time of 7:57.148 minutes also set a new all-time record at the most famous hill climb in the world. Just three weeks later, the 40-year-old set a new electric record at the iconic Goodwood Festival of Speed in the I.D. R Pikes Peak, of 43.86 seconds – 3.48 seconds faster than the previous record set in 2013. Visitors to the 13th Classic Days can look forward to seeing the twin-engine Golf “Pikes Peak” of 1987. The former German rally pro and European champion Jochi Kleint contested the Pikes Peak International Hill Climb for Volkswagen Motorsport in this Golf 31 years ago. At Schloss Dyck, Kleint will line up for Volkswagen Classic in the 480 kW (652 PS) Golf. In the “Racing Legends”, classic racing cars relive historic motorsport on a 2.8-kilometre circuit. The Classic Days originated in 2006, in memory of Wolfgang Graf Berghe von Trips, who was killed in an accident in Monza in 1961. The 13th edition, which is expected to draw a crowd of around 40,000 spectators, is another automobile garden party and motorsport festival with more than 7,000 classic cars and 120 historic racing cars. Just 250 days had passed between the announcement of the Pikes Peak project on 18 October 2017 and the record-breaking run of the Volkswagen I.D. R Pikes Peak in Colorado. See the development history of the I.D. R Pikes Peak in the video.