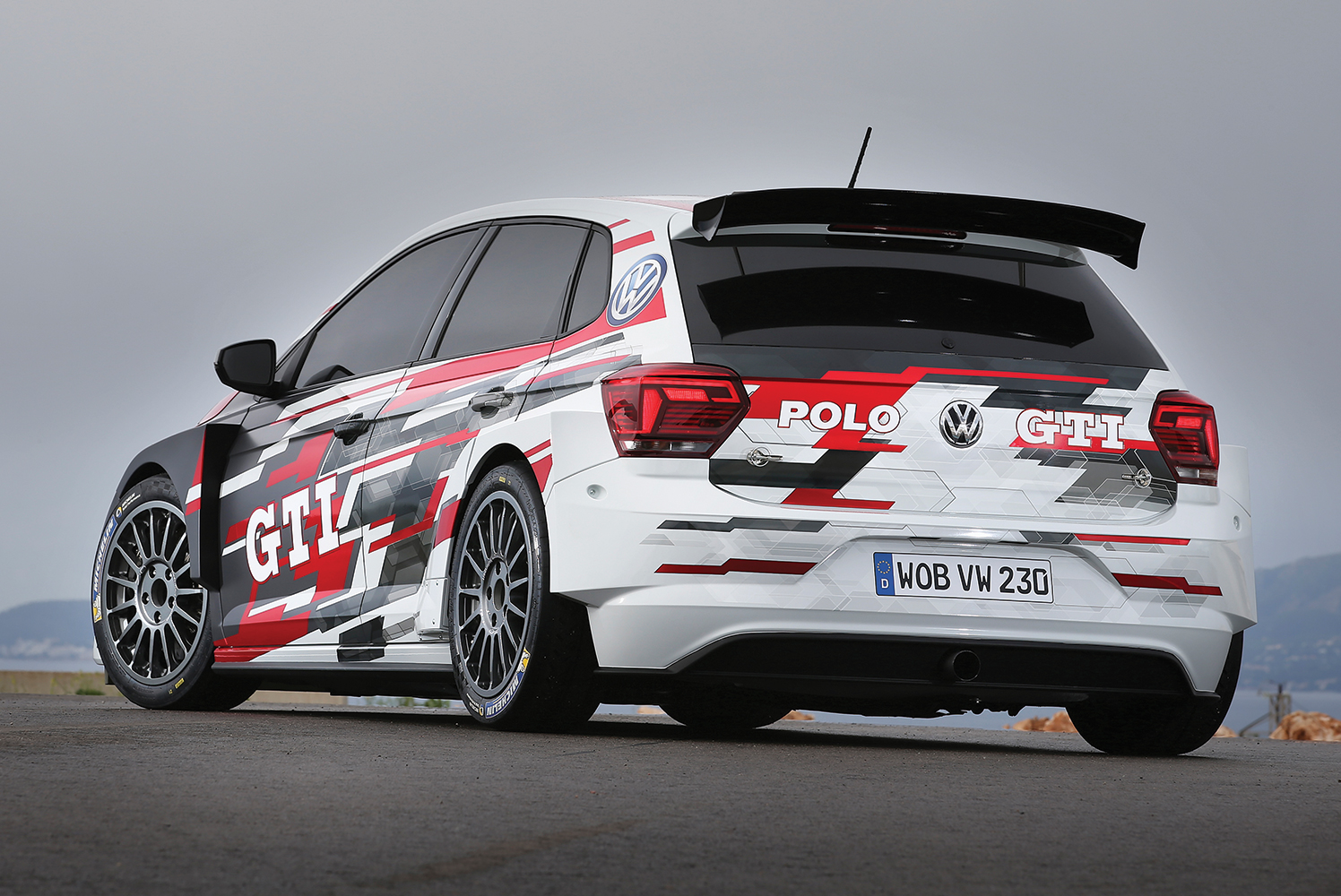 The Polo GTI R5 is a welcome surprise for many. When Volkswagen announced that they would no longer be competing in the World Rally Championship...

[/vc_column_text][vc_column_text]The Polo GTI R5 is a welcome surprise for many. When Volkswagen announced that they would no longer be competing in the World Rally Championship, many believed that this would be the end of high quality, award-winning, rally car production. It turns out, thanks to VW's latest announcement, that they will still be producing new rally cars, they just won't be competing themselves. This model is actually the second motorsport car the German carmaker has developed since announcing their departure from the WRC. The first was the Golf GTI TCR, but many have been eagerly waiting for Volkswagen to bring out a car that could take on the challenge that the previous Polo R set. The Polo R helped VW to win four World Rally Championships, and so it's hoped that the new Polo GTI R5 will continue that streak of success for pro teams around the world.[/vc_column_text][vc_single_image image="5433" img_size="full"][vc_column_text]"With the Polo GTI R5 we are hoping to transfer our expertise from four WRC titles to customer racing successfully, and offer a first-class racing machine for countless rally championships from national series to the WRC," said Volkswagen Motorsport Director Sven Smeets. "Before the first race outing next year, we will subject the Polo GTI R5 to rigorous testing to make sure it is prepared for the extremely varied track conditions around the world." The development of the Polo GTI R5 rally car has been in full swing since the start of the year, with initial test drives planned for this year. The experience gained from the successful WRC era is being incorporated directly: Volkswagen Motorsport Technical Director François-Xavier "FX" Demaison, father of the record winning Polo R WRC, is responsible for the development of the Polo GTI R5. And Gerard-Jan de Jongh also brings all his expertise as the senior project engineer. The Dutchman was previously Sébastien Ogier’s race engineer; Ogier won the drivers’ title with Volkswagen four times in a row.[/vc_column_text][vc_single_image image="5432" img_size="full"][vc_column_text]Like the production model – which is due to be launched at the end of this year – the Polo GTI R5 rally car variant has a powerful four-cylinder turbo engine with direct fuel injection. Other features include four-wheel drive, a sequential five-speed racing transmission and a comprehensive safety package. This gives privateers, teams and importers the opportunity to contest national, regional and international championships with cost-effective, powerful rally cars. After the successful introduction of the Golf GTI TCR, which has brought home wins and titles in numerous championships on the circuit since 2016, Volkswagen Motorsport is expanding its involvement in customer racing to rallying.[/vc_column_text][vc_column_text]

We can't help but feel that Volkswagen are already missing being part of the World Rally Championship. This looks like a sneaky way to still compete without their own team on the tracks.