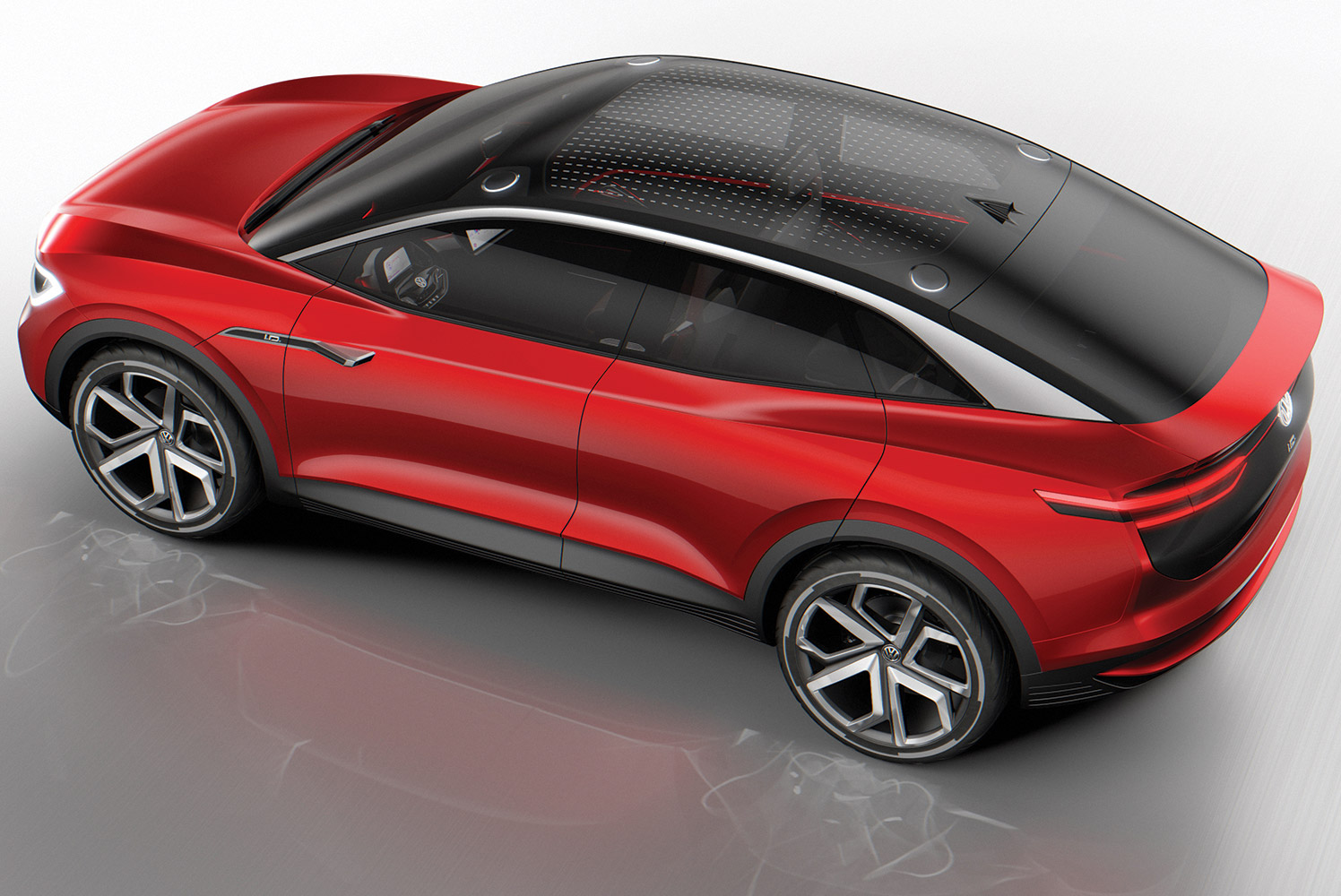 Volkswagen has revealed an updated ID Crozz concept at Frankfurt Motor Show. Originally announced at the Shanghai Motor Show earlier this year, the update has a number of refinements.

[/vc_column_text][vc_column_text]Expected to be put in to production in 2020, the updated ID Crozz concept on the show floor feels a lot more real-world, and less like a futuristic vision. We can actually picture this version of the Crozz driving on streets without being too much like a concept car that makes everybody groan when you see it in real life. The SUV-coupe model will be all-electric and will hit the market in just over two years alongside it's little brother, the four-door ID. The ID Buzz - a modern take on the VW Camper Van - will start taking orders around 2022.[/vc_column_text][vc_single_image image="5184" img_size="full"][vc_column_text]For the first time, VW are showing an ID concept car with a bright colour rather than metallic whites and silvers. The updated ID Crozz is sporting an athletic Hibiscus Red Metallic paint, and it certainly makes the model look attractive to prospective buyers. The LED headlights have now been refined to look more like headlights, and less like strange eyes. A new light strip reaches from the headlights through to the illuminated Volkswagen badge, which now has a much more subtle illumination over the previous generation concept. This version of the Crozz also seems more rugged thanks to a redesigned front bumper. Sharper edges give the update a sportier feel, which will appeal to people who are cautious about purchasing an electric-only car (without realising the potential of an electric drivetrain). The front bumper in particular has been redesigned to show off this new design ideology.[/vc_column_text][vc_single_image image="5185" img_size="full"][vc_column_text]If you're thinking that the Crozz looks small, you'd be surprised to learn that this concept has more space than a standard Tiguan on the inside - the same amount of space as the upcoming Tiguan Allspace in fact. This is thanks to Volkswagen's new MEB platform, on which all new electric-only models will be built by the company. Being an electric car, the updated ID Crozz benefits from all the space saving attributes that come with not having a combustion engine up front. So, this lower, smaller vehicle is surprisingly versatile for the active family.[/vc_column_text][vc_column_text]

[/vc_column_text][vc_column_text]Volkswagen are still comfortable saying that the Crozz will get a 310 mile range with zero emissions with a limited top speed of 112mph. The German carmaker are also claiming that they will feature a new type of quick charging that will see this model go from 0% to 80% charge in just 30 minutes. This is a bold claim, but VW did say that this result will only come from certain power chargers, and not necessarily home-chargers. It's more likely that these fast-charging stations will appear in car parking spaces in the near future, allowing you to top up the 'juice' in your car before heading off again. The head honchos over at VW also dropped some new details on the updated ID Crozz. This model will feature a new 4Motion technology designed specifically for electric vehicles. They also claimed that the Crozz will handle like a Golf GTI, which is possible due to new electronically controlled dampers. If that's what they're aiming for, we want to drive one of these to find out for ourselves.[/vc_column_text][vc_single_image image="5186" img_size="full"][vc_column_text]The interior of the Crozz is a four-seat configuration with a centre console between the two rear seats. It's unclear at this time whether VW will offer different seat configurations (like Tesla currently does), or whether this is the only layout for the family car. There is also an unusual steering wheel and infotainment system that hasn't changed much from the previous concept Crozz. The rest of the interior, though, is exactly how we would expect a Volkswagen interior to feel - premium, and there's been heaps of improvements made since the first version.[/vc_column_text][vc_single_image image="5187" img_size="full"][vc_column_text]It's unclear whether Volkswagen are done tinkering with the design of the Crozz, or whether we'll see numerous iterations before a final announcement in 2019 or 2020. That being said, it's important to note that VW are serious about making sure they have a range of top-quality electric vehicles by 2025, and electrification of the whole Volkswagen Group vehicle lineup (some 300 cars) by 2030 as part of the newly announced Roadmap E. We also don't know how similar to Audi's electric models the Crozz will be, especially with the new Audi Aicon concept showing the future of AI for the brand.[/vc_column_text][vc_column_text]

The updated ID Crozz is certainly shaping up to be a good choice in the emerging electric SUV market - bring on 2020.