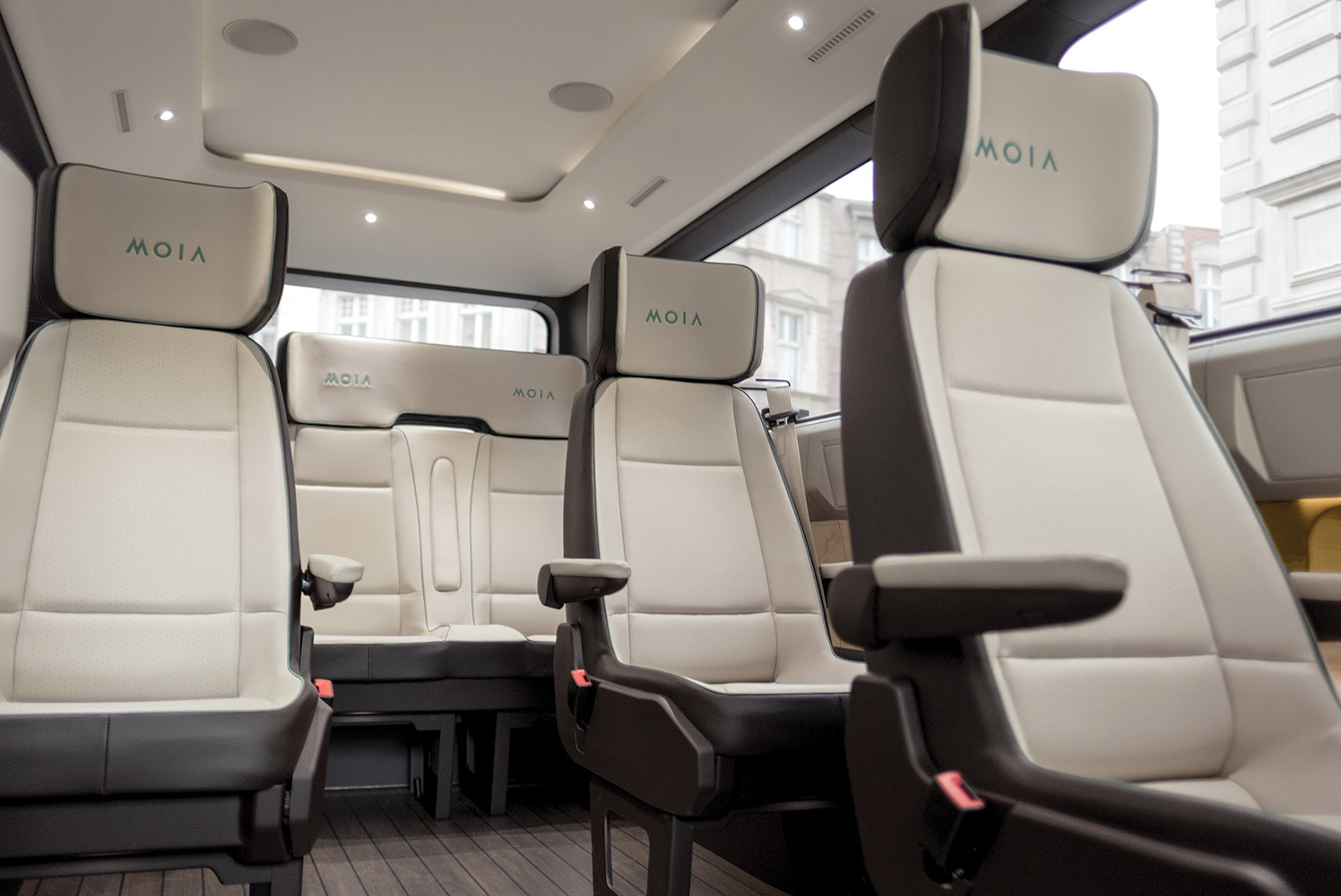 VW's Mobility Brand, MOIA, has revealed a new ride-sharing concept and an environmentally friendly electric van based on a Transporter T6.

[/vc_column_text][vc_column_text]Just one year after announced MOIA, the mobility startup from the Volkswagen Group, it is ready to introduce its new electric van that will form the basis of its new ride-sharing concept. MOIA have challenged themselves to provide new mobility options that will significantly reduce traffic in major cities. That's why the company aims to bring their electric van to cities with the mission "One Million Cars off the Road". This seems like a strange step for a company owned by the Volkswagen Group, but we've already seen numerous companies trying to change how car mobility works for the next generation of car owners. [/vc_column_text][vc_single_image image="5448" img_size="full"][vc_column_text]Ole Harms, MOIA CEO, said at the TechCrunch event in Berlin: "We started one year ago [...] with the vision of partnering with cities to improve the efficiency on their streets. We want to create a solution for the typical transport problems that cities face, such as traffic, air and noise pollution, and lack of space." The system that MOIA have developed consists of an app, that passengers use to book and pay for a MOIA, and a pooling algorithm that groups passengers with a similar destination together in order to increase the capacity for each electric van and to avoid detours. There is also a driver app and comprehensive fleet management to complete the system. The electric van, which the company is currently calling a MOIA Car, is a fully electric vehicle that provides space for up to six passengers to fit comfortably. From the images we've seen, we can say that the van does look spacious and even has room for passenger luggage and plenty of leg room. The interior was designed to be this way, with standalone seats and plenty of room to move around and reach each seat with ease and without disturbing other passengers too much. You have to remember that this vehicle was designed exclusively for ride-sharing, so it would be a mistake for MOIA to try and squeeze too many people inside.[/vc_column_text][vc_single_image image="5449" img_size="full"][vc_column_text]A MOIA spokesperson said, "Even those passengers who wish to have no contact with other passengers should feel comfortable on board. The seats are equipped with convenience features such as dimmable reading lights and USB ports. Each car also offers fast WiFi for passengers." Those who feel that the MOIA electric van is simply a Volkswagen Transporter with a different brand, well... you're not wrong. In fact, MOIA is quite happy saying that their vehicles are Transporters with the latest electric drivetrain technology on board. Where this company wants to excel is in the service they provide, and not in creating new vehicles. That's why MOIA is able to bring their electric van to the roads sooner, because they're not trying to develop their own vehicles.[/vc_column_text][vc_single_image image="5446" img_size="full"][vc_column_text]Interestingly, Volkswagen Commercial Vehicles don't currently offer an electric Transporter van, but with the technology MOIA has placed inside these T6 models, they will be able to drive 180+ miles before needing to recharge, and when they do, it will only take 30 minutes to charge to 80 percent.[/vc_column_text][vc_single_image image="5447" img_size="full"][vc_column_text]

MOIA has been testing its service in Hannover since October, but it plans to bring its newly announced MOIA electric van to the roads in 2018.