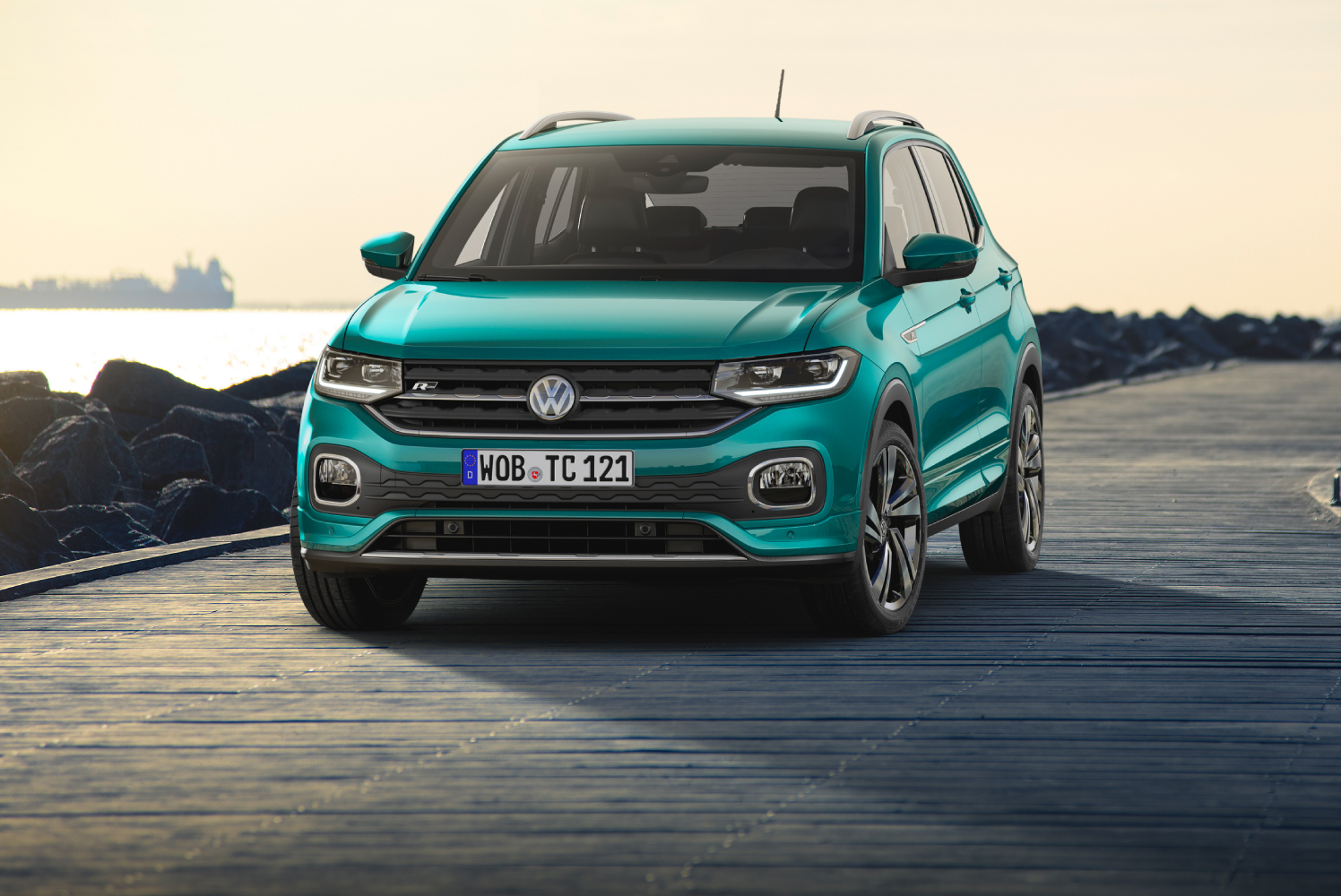 Volkswagen presents its new T-Cross, the company’s first small car SUV, and thereby resolutely continues the offensive it began in 2015.

Volkswagen presents its new T-Cross, the company’s first small car SUV, and thereby resolutely continues the offensive it began in 2015. This completely new model will soon be captivating hearts in the markets of three continents with its combination of style, practicality, flexibility, connectivity and economy, and it sets new standards for its class in many respects.

With the T-Cross, Volkswagen introduces another new SUV model: even shorter and therefore better suited to the city than the T–Roc, and even more compact than the Tiguan. [caption id="attachment_6752" align="aligncenter" width="640"]

With the new T-Cross, Volkswagen is moving forward with its global SUV offensive.[/caption]

A Companion For All Occasions

With a total vehicle length of 4.11 metres, the 2.56-metre wheelbase is comparatively generous, allowing a spacious interior with enough room for five people. The luggage compartment holds between 385 and 455 litres, and thanks to a rear seat back that folds down fully or partially, in the blink of an eye you can create a flat loading space with up to 1.281 litres of storage volume. [caption id="attachment_6753" align="aligncenter" width="640"]

You can create a flat loading space with up to 1,281 litres of storage volume.[/caption] The new T-Cross has a choice of four turbocharged engines: three petrol and one diesel. The two 1.0 TSI three-cylinder petrol engines with petrol particulate filter generate 70 kW / 95 PS or 85 kW / 115 PS. The top model is the 1.5 TSI four-cylinder engine with 110 kW / 150 PS. Completing the range is a 1.6 TDI four-cylinder engine with 70 kW / 95 PS. All engines comply with the latest Euro 6d-TEMP emission standard. The new T-Cross provides the highest level of networking and connectivity with the outside world. Even the operation and customisation of the on-board functions are intuitive. Smartphones can be charged inductively, and up to four USB ports provide for digital convenience. [caption id="attachment_6754" align="aligncenter" width="640"]

The operation and customisation of the on-board functions are intuitive - combined with a tidy and modern interior.[/caption]

With the new T-Cross, Volkswagen is moving forward with its global SUV offensive. In 2018, Volkswagen presented the two Atlas concept vehicles Cross Sport and Tanoak. In China the new Touareg is celebrating its world premiere, accompanied by two future SUVs for China: the Powerful Family SUV Tharu and the Advanced Midsize SUV Tayron. A glimpse into the future: In 2020, the ID. CROZZ will be Volkswagen’s first fully-electric SUV to be launched on the market. Then, with models ranging from the T-Cross to the ID. CROZZ, Volkswagen will offer one of the world’s largest SUV ranges and cover practically all segments.