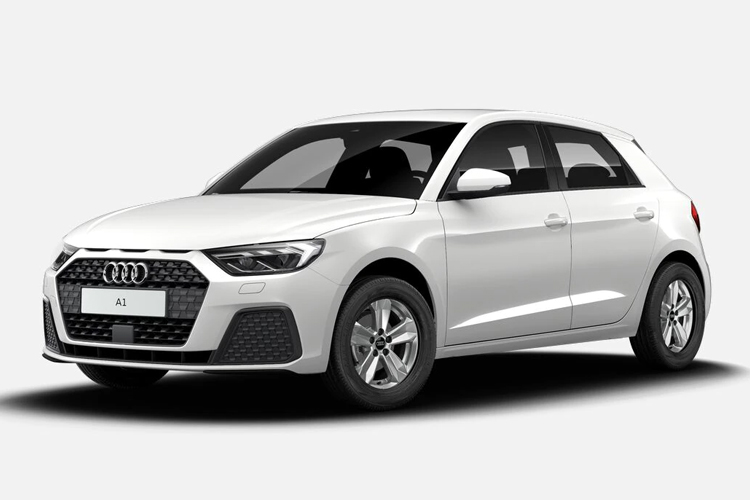 Want a premium-badged small car that makes more of a city statement? Audi's A1 Citycarver could be what you're looking for. Jonathan Crouch tries it.

So, the Citycarver. Silly name. Sensible car? No, not really. But then life would be pretty dull if purchase decisions were all based on sensibility. The A1 Citycarver is a model aimed at people who like the idea of a small SUV but want to stay with the dinky dimensions of a supermini. It's a concept that's been floated on and off quite frequently over the years, back in the dim and distant with cars like the Volkswagen Polo Dune and the Citroen C3 XTR - and more recently with the Ford Fiesta Active. But never with a premium model in this segment like the Audi A1. So what difference will a bit of body cladding and a slightly higher ride height make here? Let's find out.

You might expect that the addition of 40kgs of weight and a higher ride height might have a negative effect on the tarmac performance of this car. Happily though, that's not the case. Actually, the opposite is true, this variant's extra suspension travel delivering a slightly more compliant ride than you'd get in an equivalent A1 Sport derivative - and there's certainly much softer springing than you'd find with the much more firmly-suspended A1 S line. Most Citycarver models will be sold with the 1.0-litre three cylinder petrol unit we're trying here - the 116PS '30 TFSI' version of it: unlike an ordinary A1 Sportback, this pretend SUV variant doesn't bother with this engine in its lesser 95PS '25 TFSI' guise. The performance stats are exactly the same as they would be for any other A1 30 TFSI derivative - rest to 62mph in 9.5s (or 9.4s if you go for the alternative S tronic 7-speed dual-clutch automatic) and a top speed of 126mph either way. It's a punchy, willing little engine, with decent low-down pulling power for urban work and enough top-end refinement to make longer highway trips comfortable. If highway journeys are more the norm for you, then you might want to find the extra for the alternative four cylinder 1.5-litre 35 TFSI engine which puts out 150PS and in S tronic form, improves the performance stats to 7.7s and 137mph. On the twisty stuff, there's a fraction more body roll that you'd get in a conventional A1, but to really notice that, you'd have to be pushing through the turns a lot harder than a typical owner ever would. Like an ordinary A1, you get plenty of front end traction and precise, direct steering. As usual, there's the Audi 'drive select' drive settings system which offers four modes - auto, dynamic, efficiency and individual. These alter steering feel, throttle response and, on an S tronic variant, gearshift timings.

If you like the thought of an A1 Sportback with a little extra attitude, then you'll like what Audi has tried to do here. This variant's large, octagonal Singleframe front grille references the brand's various Q-series SUV models, and surrounds a sculpted honeycomb insert painted in matt black. These two smart slots above the grille add a bit of attitude and there's a lower silvered finish for the splitter to add a whiff of 'SUV-ness'. In profile, this model's more muscular look has been achieved primarily through redesigned sills in a contrasting colour, underbody protection in a stainless steel finish and raised suspension giving around four centimetres of additional ground clearance. You also get wheel arch extensions which shroud bigger 17-inch rims. A contrast-coloured roof in either black or grey is optional. At the rear, a re-styled bumper echoes the robust look of the front end and incorporates accented black corner cut-outs and a lower silvered section. Plus there's a special Citycarver roof spoiler. Inside, there's slightly less differentiation over an ordinary A1 Sportback, but it all feels very high end for a supermini, with Silver grey accents for the air vents, the door handle recesses and the centre console. Plus there's aluminium trim for the control switches and the 10.25-inch 'Virtual Cockpit' digital instrument cluster which, as with any other A1, marks this car out from non-premium brand small hatches. The standard MMI centre-dash display is 8.8-inches in size, but many owners will want to upgrade to the larger 10.1-inch MMI Navigation monitor. In the rear seat, you'll find enough space for a couple of six-footers to sit behind comparably-sized adults in the front, though knees will probably be brushing the seat backs. And there's reasonable head room by supermini standards. Out back, there's the usual 335-litre boot. It's a well-shaped space too, efficiently square and unimpeded by wheel arch intrusion. Four body-coloured tie-down hooks feature, as do a couple of bag hooks, plus you get a little compartment in the left hand corner for smaller items. With the rear seats folded down, this increases to 1,090-litres.

Pricing for this A1 Citycarver starts at around £22,000 - that's for the 30 TFSI variant with a manual gearbox - that's a car with a 1.0-litre 116PS turbo petrol three cylinder engine. If you want Audi's S tronic dual-clutch automatic transmission, you'll need to find around £1,500 more. The alternative 1.5-litre four cylinder petrol-powered 35 TFSI version of this car costs around £1,000 more with either gearbox. In terms of the premium that the Citycarver spec demands over more ordinary A1 trim levels, well for one of these, you'll be paying around £800 more than you would for an equivalent mid-range A1 Sportback 'Sport' model; and around £200 less than you'd have to find for an equivalent A1 Sportback 'S line' variant. The standard Citycarver equipment spec obviously includes the special body kit and the big 17-inch '5-spoke Y-design' alloy wheels. In addition to that, you get full-LED headlights, plus LED rear lamps with dynamic 'scrolling' indicators. Also included are power-folding mirrors, an anti-theft alarm, rear parking sensors and a strong standard of camera-driven safety equipment, including Lane Departure Warning and the Audi Pre-sense Front autonomous braking system with pedestrian and cyclist recognition. Inside, there's front sports seats in special Novum cloth, an LED interior lighting pack, an auto-dimming rear view mirror and air conditioning. Infotainment's taken care of by an 8.8-inch MMI centre-dash screen, your access point to the 6-speaker DAB audio system, Bluetooth and the Audi Smartphone interface, with its 'Apple CarPlay' and 'Android Auto' handset connectivity. Go for the optional 'Technology Pack' and you can upgrade this monitor to 10.1-inches in size. Plus as with all A1s, you get a 10.25 digital instrument cluster display screen as standard. An optional 'Comfort and Sound Pack' gets you extra parking assistance, front seat heating and the Bang & Olufsen 3D sound system with 560 watts of music power.

You'd expect the small weight increase of this variant and its slightly higher ride height to have a marginally negative effect of fuel and CO2 readings - and sure enough, it does. There's nothing to get too despondent about though. The manual 1.0-litre 30 TFSI petrol Citycarver model manages 46.3mpg on the WLTP combined cycle and 139g/km of WLTP-rated CO2. For the S tronic auto, the figures are 44.1mpg and 146g/km. To give you some comparison, a standard A1 Sportback 30 TFSI Sport variant with a manual gearbox returns 48.7mpg and 131g/km. The alternative four cylinder 35 TFSI 150PS variant is nearly as clean and frugal, thanks to its clever cylinder-on-demand technology which disables two of the engine's cylinders at low-to-mid throttle loads. Mated with a manual 'box, this powerplant manages a WLTP combined cycle return of 44.8mpg and a WLTP-rated CO2 reading of 142g/km (or 44.1mpg guise and 145g/km in S tronic guise). For both derivatives, residuals are expected to be as strong - if not a little better than an ordinary A1 Sportback. As for maintenance, well servicing your A1 Sportback should be no more taxing than is the case with one of the company's larger cars. As usual with Audi models, there's a choice of either a 'Fixed' or a 'Flexible' servicing regime, the choice between the two depending on the extent of your likely annual mileage.

So, is there really a place in the A1 Sportback range for a variant jazzed up with body cladding, lifestyle marketing and a bit of extra ride height? Probably, yes. Before this test, we might have doubted this but, rather against the odds, the A1 Citycarver has - to some extent - converted us to the concept. Nobody buys a small Crossover to go off roading but people do like the confidence that kind of car can give if, say, you're dropping off the main road on to a gravelly layby. Or you're negotiating a bumpy track up to a forest carpark. Buying an SUV just to deal with that kind of thing might seem a bit extreme when there's a simpler solution like this Citycarver on offer. Thanks to its extra ride height, it gives you much the same kind of capability without the usual SUV running cost deterioration and handling downsides. Yes, you'll pay a bit of a premium to get these benefits, but it's not too extreme and it does give you a small car with a bit more pavement presence and a slightly nicer quality of ride. Which is something you can console yourself with when you realise that to own one of these, you've ended up paying the kind of money that would otherwise have bought you a much larger car. But that wouldn't have the jewel-like essence of 'Audi-ness' that you get with this A1. If you can't resist that and want one of these with a little extra attitude, the Citycarver will be right up your street.