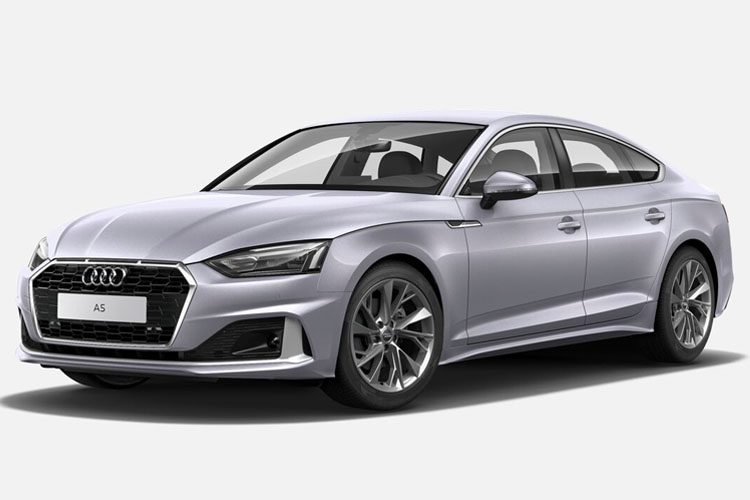 Audi's S5 is another very desirable sporting Audi, whether you opt for Cabriolet, Sportback or Coupe. Jonathan Crouch reports

Audi's growing reputation as a maker of truly sporting cars continues on apace. For proof, we could have chosen an R8 supercar, an S4 super saloon or a TT RS roadster. But instead, we've got this car, the very fast, very focused and, in its own way, really rather frugal S5. It's a model we could have tried as a three-door Coupe or a more practical five-door Sportback but instead, we've opted to pitch this car at you in its most desirable Cabriolet form. It's a bodystyle that not only looks great but best places you to enjoy the addictive supercharged roar from it's 3.0-litre 333bhp V6. It is, in other words, a potentially addictive package.

At the wheel of a model like this, you can see why Audi has in recent times achieved so much, so quickly. It's not perfect (the steering for example, could be sharper) but overall, let us try and define for you just why this car works as well as it does - starting with the engine. In the Cabriolet version we tried, it's the same supercharged 333PS 3.0-litre V6 TFSI unit used in the Audi S4, the difference being that in this open-topped model at least, you can enjoy the aural experience all the more, the eager crisp engine's snarling howl reverberating from buildings, bridges and trees every time you flick down a couple of cogs via the steering wheel-mounted paddle shifts. These shifters are standard in this Cabrio which uses a clever 7-speed double-clutch S-tronic semi-automatic transmission, one of the hi-tech breed that pre-selects the next gear for you before you've left the last one. It also ensures that you don't have to be an Audi test driver to replicate the quoted performance figures - rest to sixty in 5.6s in this soft-top model, on the way to an artificially limited top speed of 155mph. Quattro four wheel drive is standard of course - a major advantage over BMW and Mercedes rivals - a system that today diverts 60% of its energy to the rear wheels than those at the front, unless conditions dictate otherwise. You can also pay extra for the Quattro Sport differential which sharpens cornering by speeding up the outside rear wheel relative to the inside one to help point the car into a bend. Further handling finesse depends on your willingness to pay extra for the 'Drive Select' system which, via softer 'Comfort' or sharper 'Sport' buttons, offers changes to the responses of the steering, the dampers and the engine. Or you can set the system to your own 'Individual' settings.

Audi has been careful to keep its sporting models both smart and subtle. So S5 buyers get just enough to differentiate their cars from humbler A5 models - bigger front and rear bumpers, a platinum-effect front grille, quad exhausts, a silver windscreen surround and the usual aluminium-effect door mirrors. The Cabriolet version features a cloth hood that's acoustically-tuned to reduce noise and folds in only 15 seconds, before rising up again in just 17 seconds, either at speeds of up to 31mph. That's at least 6 seconds faster than the metal folding roof on a rival BMW 3 Series Convertible, one reason why Audi has stuck with a rag top. At the wheel, there's the usual classy Audi cabin, in this case enhanced by lovely touches like S-trimmed dials, LED downlighters in the footwells, various bits of brushed aluminium trim, perfectly proportioned leather sports seats and a grippy three-sport steering wheel with contrasting leather stitching. In the Cabriolet model, there's room for a couple of fully-sized adults in the back, though six-footers won't want to join you for longer trips. Obviously Coupe and five-door Sportback will offer slightly more rearward space. As for luggage room, well the boot in the soft top is bigger than you might expect, accommodating a sizable 380-litre luggage capacity when the hood is up and 320-litres roof-down. For reference, an S5 Coupe will offer you 455-litres (or 829-litres seats-folded) while for an S5 Sportback, the figures are either 480 or 980-litres.

You'll need a budget of around £45,000 for a Cabriolet S5, though you can save two thousand on that by going for the Coupe version and up to £4,000 by opting for the Sportback S5 model. If either way, you think Audi's pricing to be somewhat hefty, then bear in mind that to go only a few tenths quicker in an M3 or an E-Class AMG, you're looking at at least £15,000 more than you'd pay for an S5. If you do have that extra £15,000, you might think it better anyway to spend it on Audi's RS5, which uses Audi's faithful 4.2-litre V8 to demolish the 0-60mph sprint time a second quicker. The S5 was originally launched in the UK with a thirsty 4.2-litre 354PS V8 but it's taken the introduction of the 333PS 3.0-litre TFSI supercharged V6 engine we tried to really drive sales forward. This was first introduced into Cabriolet and Sportback models, in both case linked to the same 7-speed S-tronic twin-clutch semi-automatic gearbox. Standard equipment includes most of the niceties that you'd expect at this price level, including gorgeous alloys for the chunky 19-inch rubber and the noise-reducing acoustic hood that Audi somewhat meanly charges extra for on humbler A5 Cabriolet models. It's also a pity that S5 buyers have to pay extra for the Quattro Sport differential and Drive Select packages that sharpen up its driving credentials.

You might think that the supercharged V6 in this Audi is no eco-warrior - expect 29 to 30mpg on the combined cycle fuel and CO2 emissions of between 219 and 224g/km of CO2. That's until you start to compare these returns with either Audi's older 4.2-litre V8 (the original V8 S5 Coupe's figures are 23.3mpg and 288g/km) or the figures achieved by BMW and Mercedes rivals. Insurance is predictably expensive at group 19. There's the usual three year/60,000 mile warranty.

You could drive an S5 for the whole of its motoring life without suspecting the beast that lies beneath its bodywork. Some owners will - and that's a pity for this Audi's split personality can also promise a remarkably agile driver's car. True, it isn't quite as track-focused as a BMW M3, but then, it isn't as expensive to buy or to run either. As an ownership proposition, it's quite simply a more complete choice that sounds great, looks brilliant and is quite beautifully engineered. Audi's S badge always delivered a special experience. Now it's a properly sporting one too.