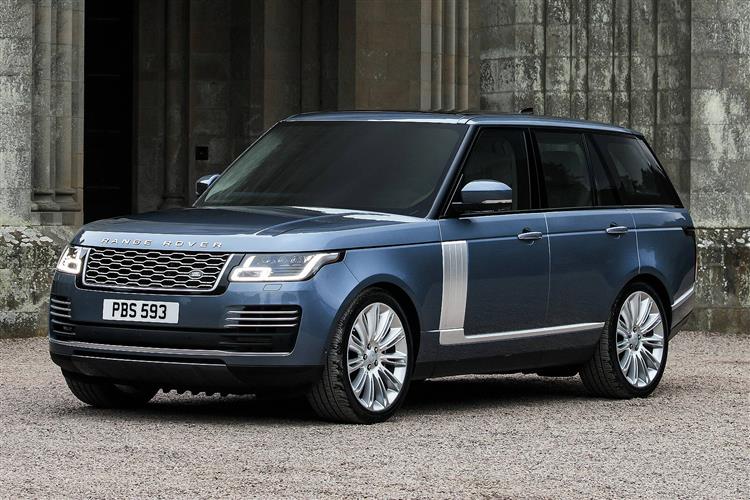 In you want a fourth generation Range Rover - and if you're in the market for a top luxury SUV, then you probably will - then the potent diesel SDV8 is the one you'll have your eye on. Jonathan Crouch looks at the revised version.

The big news with this car centres on a strengthened right to a priority place on worldwide luxury car shopping lists. For this is so much more than an extraordinarily capable 4x4. No, the Range Rover also deserves consideration from customers looking at conventional super luxury models in the £100,000 classes, such as the Mercedes S class and the like. Yet this is not the fattest of fat cats. A gigantic diet focussed on an innovative aluminium chassis slashes weight, boosting efficiency and driving dynamics. To the point where this generation model has been able to adopt a more economical entry-level 258PS V6 diesel that offers much the same performance as the previous generation's TDV8. Why then, with this MK4 Range Rover, would you want to opt for 339PS SDV8 power? That's what I wanted to find out at the wheel.

You really get two cars in one package with Range Rover. The first a truly luxurious saloon and the second a proven offroader that retains its composure through extreme rough road duress. The SDV8 we certainly fast enough, making 62mph from rest in around 6.5s, a second quicker than the TDV6 version, on the way to a top speed of 135mph. With 740Nm of torque, this 4.4 litre diesel has the most pulling power in the range. Just what you need for a substantial vehicle, especially if it has a full complement of occupants, luggage and is hitched up to an appropriate Range Rover boat or horsebox load. Off road prowess has been further improved in recent times thanks to a revised version of the already impressive all-terrain drive select system. Terrain Response2 has an extra 'Auto' mode, which means you can concentrate on driving over any surface from snow, via rugged rocks, to sodden grass, without pausing to select a suitable setting. This is a machine for many moods, all seasons and so many reasons. From lazy amble through 8-obedient automatic gear ratios, to paddle-shifting pace that becomes more impressive as the weather or terrain worsens, this versatile vehicle does not just comply promptly with your wishes, it positively pampers you as your commands are pleasurably executed.

Expect to pay from around £87,000 for your Range Rover SDV8, or more once you've allowed for a few well-chosen extras. That's around £7,000 more than the entry-level TDV6 diesel version. There's the usual single five-door, five-seat bodystyle and Vogue, Vogue SE and Autobiography trim levels. The long wheelbase version comes only in top 'Autobiography' or ''SVAutobiography' trims, with prices starting from a cool £113,000. As you'd expect, you get a lot for that in terms of equipment. Items added as part of this range revamp include a gesture-controlled sunblind; a cabin air ionisation system; Pixel-laser LED headlights that never have to be dipped at night; and an 'Activity key' allowing you to securely lock and unlock the doors without the need to carry a conventional key fob. Other clever driving features include Adaptive Cruise Control, plus Land Rover's 'Queue Assist and Intelligent Emergency Braking' set-up. Advanced Tow Assist takes the anxiety out of reversing when towing a trailer. And Low Traction Launch is a manually selectable driving mode that helps you gain traction when pulling away on slippery surfaces.

Nobody buys a Range Rover as an economy purchase, but the company know that they have to deliver competitive fuel economy and emissions figures versus their rivals, which is why Jaguar Land Rover made such a massive investment in the reinforced aluminium body that delivered such a rewarding weight loss. Overlooked by many is that depreciation is the biggest financial factor to run a car from the top end of the mark. However, employing so much aluminium content will also fight corrosion more effectively than any rival, bringing longer-term benefits to fight depreciation. Over three years the current forecasts are that the diesel V8 will retain 50% of its value over 3 years and a typical 36,000 mileage. And ongoing costs? Well, the bottom line figures are 33.6mpg on the combined cycle and 219g/km. Insurance charges? Group 50. Other routine costs contain few surprises. Service intervals are set on an annual basis or 15,000 miles, whichever occurs first.

So many cars claim to be unique, offering to make mundane motoring a sparkling affair. Few achieve that memorable status, but Range Rover definitely does, then adds an adventurous twist for leisure drives. I admire such extensive, expensive and efficient engineering that serves- rather than frustrates - as you work through an unmatched breadth of ability. Yes, there are plenty of super luxury saloons that pamper their occupants with graciously presented accommodation front and rear, but you wouldn't ask those same motorised palaces to haul 3 1/2 tonnes along a challenging dirt trail in startling comfort. For a serious price, a Range Rover will execute testing such commands, completing them with unmatched style and strong pace. And that stays true, whatever the weather, or the road ahead, likes to throw at you. True, you don't need the SDV8 diesel variant we tried to get that - the entry-level TDV6 diesel remains a very good buy. But if you're looking at the best luxury SUV, then you want the best diesel engine to go with it. And the SDV8 is certainly that. This Range Rover does not claim perfection, but it's the nearest the motor industry has come to delivering an automotive multi-tasking machine. One with resourcefulness and grace.