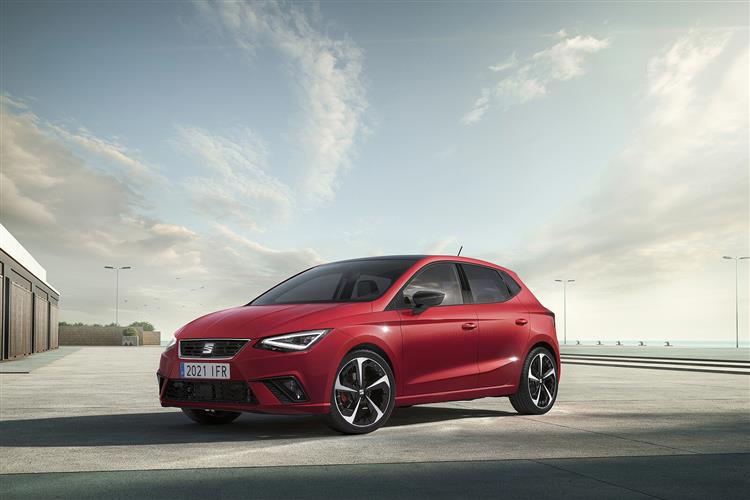 Can driving SEAT's Ibiza supermini bring a taste of sunny Spain to suburban England? June Neary gets behind the wheel.

Will It Suit Me?

'Oh, we're going to Ibiza' or so the song says. Well, I think I'm a bit long in the tooth to spend my holiday clubbing, so I opted for a test drive in SEAT's fifth generation Ibiza instead. This sunny supermini is said to reflect the party spirit of its namesake - though you have to take a long hard look at the Ibiza in the metal to be convinced of the fact. Having said that, this is as much a compact family car as it is a supermini, so I think it's a model that will suit buyers of any age. After all, you're never too old, or too young, to have fun.

The latest Ibiza incorporates a huge number of improvements. I won't list them all, but naturally, the visual tweaks are the most prominent. The car now comes only in a five-door bodystyle and has evolved into a very good looking small car indeed, thanks to an almost obsessive attention to proportion and detail from the Spanish designers. Inside, SEAT says that all the controls and instruments have been set as high as possible, though that directive appears to have been ignored in terms of the lowly siting of the ventilation dials in front of the gearstick. In the back, the benefits of this MK5 model's extra body width and longer wheelbase are immediately obvious. It's certainly impressive that a car measuring in at only a fraction over 4-metres in length can allow a six-foot adult to sit comfortably behind a driver or front seat passenger of similar stature. I had no problem in fitting baby buggies and a huge weekly shop in the boot either. Press in the large SEAT logo that doubles as a boot release and the rear hatch opens to reveal 355-litres of luggage space, 63-litres more than the previous generation model could offer. If you need more room, then of course you can as usual push forward the rear bench. It'll be split-folding provided you've avoided entry-level trim, but it doesn't fall quite flat. Once retracted, up to 823-litres of space is revealed.

On the move, this is still a fun steer, helped by changes to the engine range which have given the line-up a little more fizz. I can't really see why you'd choose either of the powerplants carried over from the previous generation Ibiza line-up, a 1.6-litre TDI diesel and a rather wheezy normally aspirated entry-level 1.0-litre MPI petrol unit. But the 1.0 TSI turbo petrol variant I tried - the one the vast majority of buyers will choose - is very good indeed. This three cylinder powerplant is primarily offered in 95PS guise, but there's also a 115PS variant if you want the option of DSG auto transmission. The pokiest option in the line-up is a 150PS four cylinder 1.5 TSI EVO unit which features cylinder deactivation technology. One of the first things I noticed was this model's 'big car' feel, something particularly evident in its rigid, rattle-free roadgoing demeanour. In part, this comes courtesy of the 30% improvement in torsional stiffness made possible by this MK5 model's more sophisticated MQB A0 chassis. That in turn means flat cornering and benefits ride quality that's probably un-bettered in this class.

SEAT claims that Ibiza customers are, on average, around ten years younger than those for models from rival brands, so it's important that this car remains affordable - or at least relatively affordable. The actual figures are in fact pretty typical by class standards, asking prices ranging from around £13,000 to around £19,000. In terms of bodystyle choice, SEAT has both given - and taken away. For sure, the availability of the Ibiza-based Arona compact SUV will certainly increase the Spanish brand's sales presence in the small car segment, but if you're looking specifically at an Ibiza, there's much less bodystyle choice than there was before. The three-door and estate variants you got in the previous range have been dropped this time round, leaving just this single five-door option, though that's the one most potential customers will want. SEAT is offering a couple of 1.6-litre TDI diesel models for the dwindling number of supermini buyers wanting to fuel from the black pump, but these will be ignored by most likely buyers, people who'll almost certainly end up with three cylinder 1.0-litre petrol power, that being the engine configuration dominating the model line-up. Assuming that's what you want, it's worth pointing out that there's quite a gap in technology between the entry-level 75bhp MPI unit and the 95bhp TSI powerplant I tried - enough, I'd say, to justify the pokier and more efficient TSI's £600 price premium.

Could I Live With One?

SEAT has certainly put a lot of effort into making its latest Ibiza a supermini class leader. Although my lifestyle would probably force me to choose something a little larger, this is my kind of car and given half a chance, I could definitely live with this smartly styled SEAT.