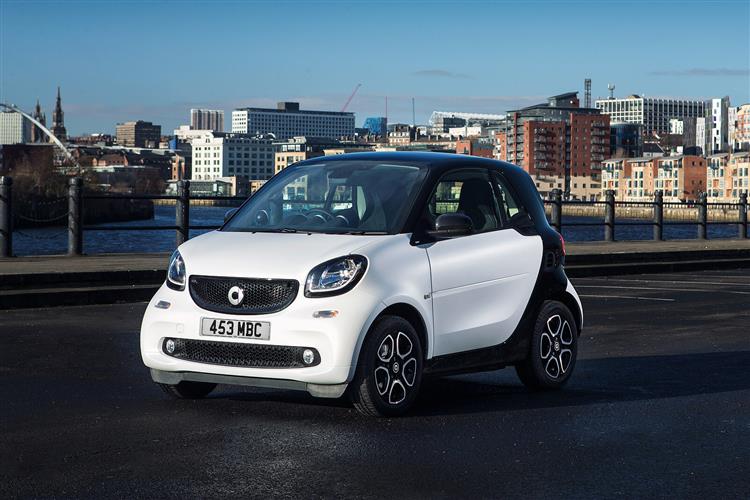 The smart fortwo is a citycar that almost defies comparison. Jonathan Crouch thinks there's a lot to like about it.

The shortcomings of the last smart fortwo didn't take a genius to identify. It had grown expensive for what it offered, there were newer and trendier citycar alternatives available, practicality was an issue, the transmission had always been woeful, the engine wasn't particularly great and it handled pretty much how you'd expect such a short and tall vehicle to. Clearly there was work to do, but smart could only rectify so much. The size and thus the space inside were constrained by the form factor. The way the car handled would, to a greater or lesser degree, also be a function of that philosophy. Still, it's fair to say the latest third-generation fortwo has the capacity to surprise even the most jaded smart-cynic. Developed in partnership with Renault, the fortwo shares some of its underpinnings with the longer Twingo but in no way do the two cars share a common feel. If you'd quite fancied a smart but never got on with the jerky transmission and unsettled ride, it's time to press the reset button.

The fortwo is offered with two engines, both three-cylinder petrol-powered units. The 899cc turbocharged engine develops 90bhp (or 109bhp in the BRABUS variant), while the 999cc normally aspirated engine a mere 71bhp. Torque figures for the mainstream engines are 135 and 90Nm respectively. The 999cc powerplant isn't quick at all. The 'sprint' to 62mph is a leisurely 14.4 second amble but the throttle response is a bit more faithful than in the more surging turbocharged car. That may make city driving that bit more relaxing, as indeed will the updated transmission. Gone is the vile robotised manual change that had your head jerking about like a Thunderbird puppet with each gearchange. In its place comes a much preferable five-speed manual box with a six-speed twin-clutch automatic following on its heels. The suspension delivers far more refinement than before, which belies the fact that the car's length hasn't changed at all. What has changed is the fact that it's 11cm wider, and that extra track width offers a bit more of a reassuring feel when cornering. The turning circle remains tiny at just 6.95m, and because there are no driveshafts going to the front wheels, they can be angled right out to 45 degrees, which makes the Fortwo able to undertake even the most optimistic-looking parking manoeuvre.

Buyers of this fortwo model get a choice of fixed-top or cabrio bodystyles and either way, the look is very different this time round. Still, at least the tridion safety cell - something of a smart trademark - is present and correct, so people won't be confused about what they're looking at. A characteristic swage line is followed by the fuel filler cap on the right and the air inlet for the rear engine under the B-pillar on the left. Side rubbing strips shuck off car park knocks. Where previous fortwos have been quite slab-sided, smart's designers have this time attempted to massage a bit of shape into the flank of the fortwo with an almost Volvo-style shoulder line that's most apparent as it melds into the rear light cluster. The cabin features as many quirky touches as you can stomach and it's good to see smart pushing the boat out a bit with colours and textures, including a 'technical mesh' finish. At the prices charged, this should be a car that feels premium and different to the usual citycar norm. There's even a bit more luggage space on offer, the fixed-top version boasting a capacity of 260-litres to the parcel shelf and 350-litres when stacked to the roof.

The fortwo range opens at around £10,000 for the 999cc models, with the 899cc turbo versions starting at a little under £12,000. Those figures are both for cars with the manual gearchange as standard. Choose to opt for the dual-clutch and that'll add around £1,000 to the asking price. Already then, price-wise, fortwo is starting to get into the realms of a very respectable supermini; something like a Volkswagen Polo for instance. Expect to have to find a premium of just over £2,000 if you want the cabrio version. The entry-level 'Pure' trim gets 15-inch wheels, electric windows, remote locking, a 'smart' audio system, electrically adjustable and heated door mirrors, a height-adjustable steering wheel and driver's seat and LED daytime running lamps. Plusher 'Passion' trim adds automatic climate control, Bluetooth and an orange/black or white/black interior theme. The 'Prime' trim will set you back around £700 more, for which you get 15-inch black rims, panoramic glass roof, black leather upholstery, lane-keeping assist, heated seats and extra dashboard instrument pods with a cockpit clock and rev counter. Alternatively you can choose the 'Proxy' trim for the same price, which features Y-spoke black 16-inch alloy wheels, a blue & white interior, a sports leather multifunction steering wheel, 10mm lowered suspension, chrome exhaust finisher and rubber-studded alloy pedals. Also on offer is the 'Premium' package (for around £800) and the 'Premium Plus' package (for around £1,300). These bring features like navigation, a height-adjustable heated steering wheel, electrically-adjustable mirrors, ambient lighting, LED headlights, a rearview camera, a 'coming home' function and rain & light sensors. There's even rear parking assist, but if you need extra help in parking a Smart Fortwo, you're probably best off sticking to a push bike. At the top of the range is the pricey BRABUS version.

The fuel economy of the fortwo has caused a bit of a debate, with some feeling that it's not as impressive as it perhaps ought to be. It's certainly not a fuel hog, with the 999cc engine turning in a combined figure of 68.9mpg and the 899cc turbo recording 67.3mpg, but when a much bigger car like a petrol Polo can record numbers in the sixties too, the Fortwo looks as if it's dragging its heels a tad. By contrast, a Volkswagen up! with 75PS and rear seats can get better than 67mpg, while coming in at less than £12k. Emissions for the fortwo are rated at 93g/km for the 999cc unit and 97g/km for the 899 turbo three-pot. Where the car looks likely to score over its less charismatic rivals is in terms of resale value. Despite this, it's hard to make a case for the fortwo on a purely financial basis against the best citycars.

The smart fortwo has never been more relevant and will remain as appealing as ever to the trendy townies who'll continue to appreciate its quirky charms. Yes of course, there are more sensible small car choices you could make for the money but then, let's be honest: if you really want to get about town sensibly, you shouldn't be buying a car in the first place. You should be getting the bus. Fashionable urbanites to whom that doesn't appeal will be as attracted to this third generation fortwo as they were to its predecessors. It remains the quintessential citycar, stylish, cheap to run, supremely space-efficient and easier to get around in and park than anything this side of a moped. In summary, assuming you agree that life should be fun as well as cost-effective. And provided that you really don't need more than two seats and minimal luggage space, this smart has at last become a more sensible prospect, yet still has what it takes to put a smile on your face. In today's often dismal world, that makes it a car worth having around.