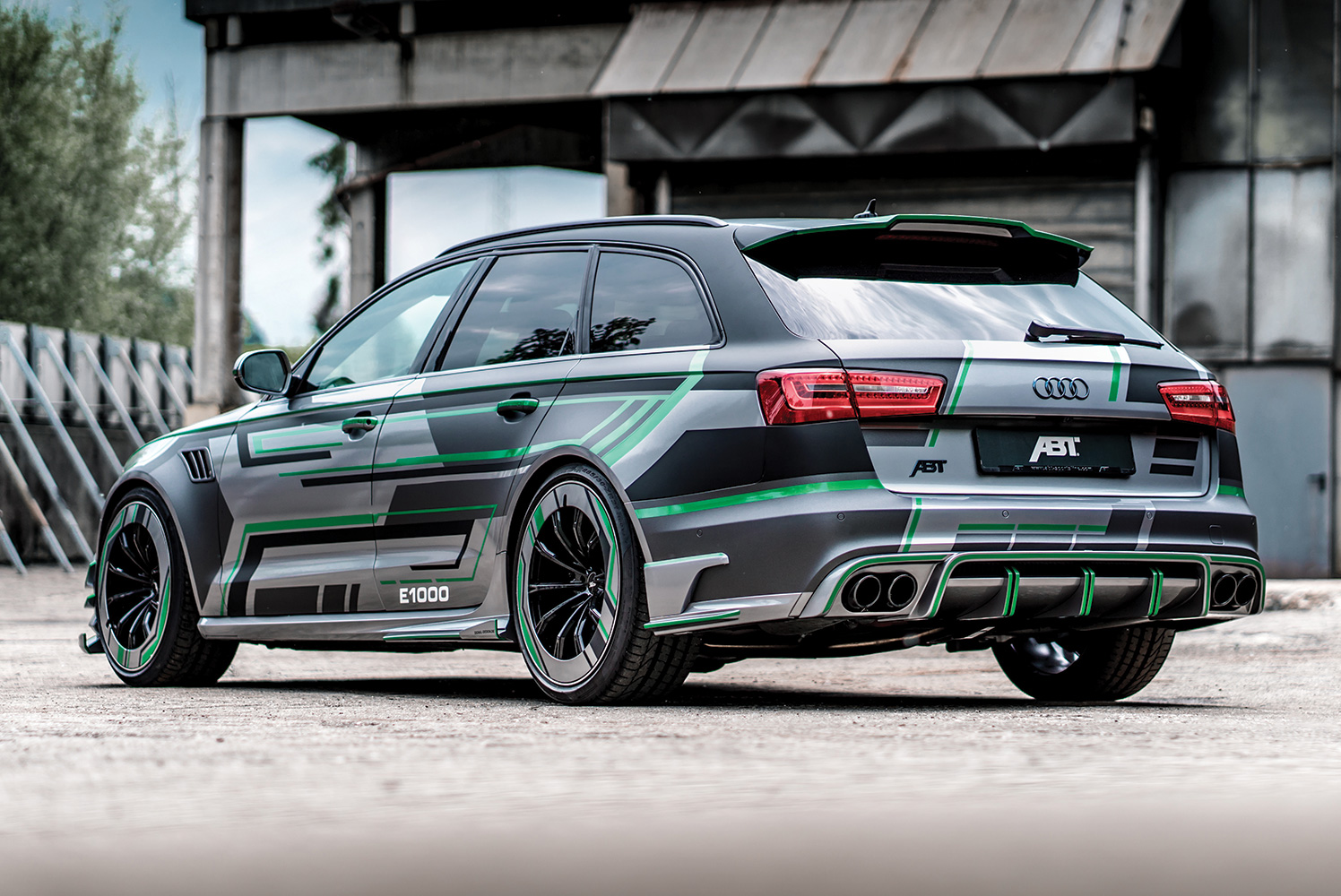 What happens when you're not satisfied with a 705HP RS6 Avant? For ABT Sportsline, the answer was the RS6-E Hybrid with 1,018HP.

[vc_row][vc_column][vc_column_text]This is the ABT Audi RS6-E Prototype. What happens when you're not satisfied simply squeezing every last bit of power out of an already powerful engine? For ABT Sportsline, the answer wasn't to just give in and move on to the next project. With the RS6+ (705HP) and the RS6-R (730HP) already pushing the boundaries of the measly 605HP engine in the original model, it seems almost impossible to get anymore out of it, right? Screw that. Enter the ABT Audi RS6-E Prototype - ABT's exciting foray in to the world of electric drivetrains. "Will we still be able to refer to car enthusiasts as 'petrolheads' in the future?" ABT asks in their press release for the RS6-E, "Or will they be seduced by the whisper-quiet punch of electric drives?" And for those who have experienced the ridiculous power output of an electric car going from zero to sixty in seconds, the answer is simple. For those who haven't, maybe the extra 413HP in this RS6 will pull you to the electric side. ABT's engineers have installed an additional electric motor in the transmission tunnel to bring an extra boost to the rear axle at the press of a button. ABT are calling it the 'Magic Button' and you can see it here demonstrated by racing driver Daniel Abt. The company's electric division, ABT e-Line, will now focus on consumer hybrid models. This prototype is designed specifically to show off not what ABT can do now, but rather to give an indication of what they intend to set as their benchmark in future versions of the technology. Now all we want, more than anything, is a hybrid ABT Audi RS4![/vc_column_text][vc_column_text]

The ABT Audi RS6-E Prototype shows the way forward for the tuning company, and we can't wait to see what comes next!