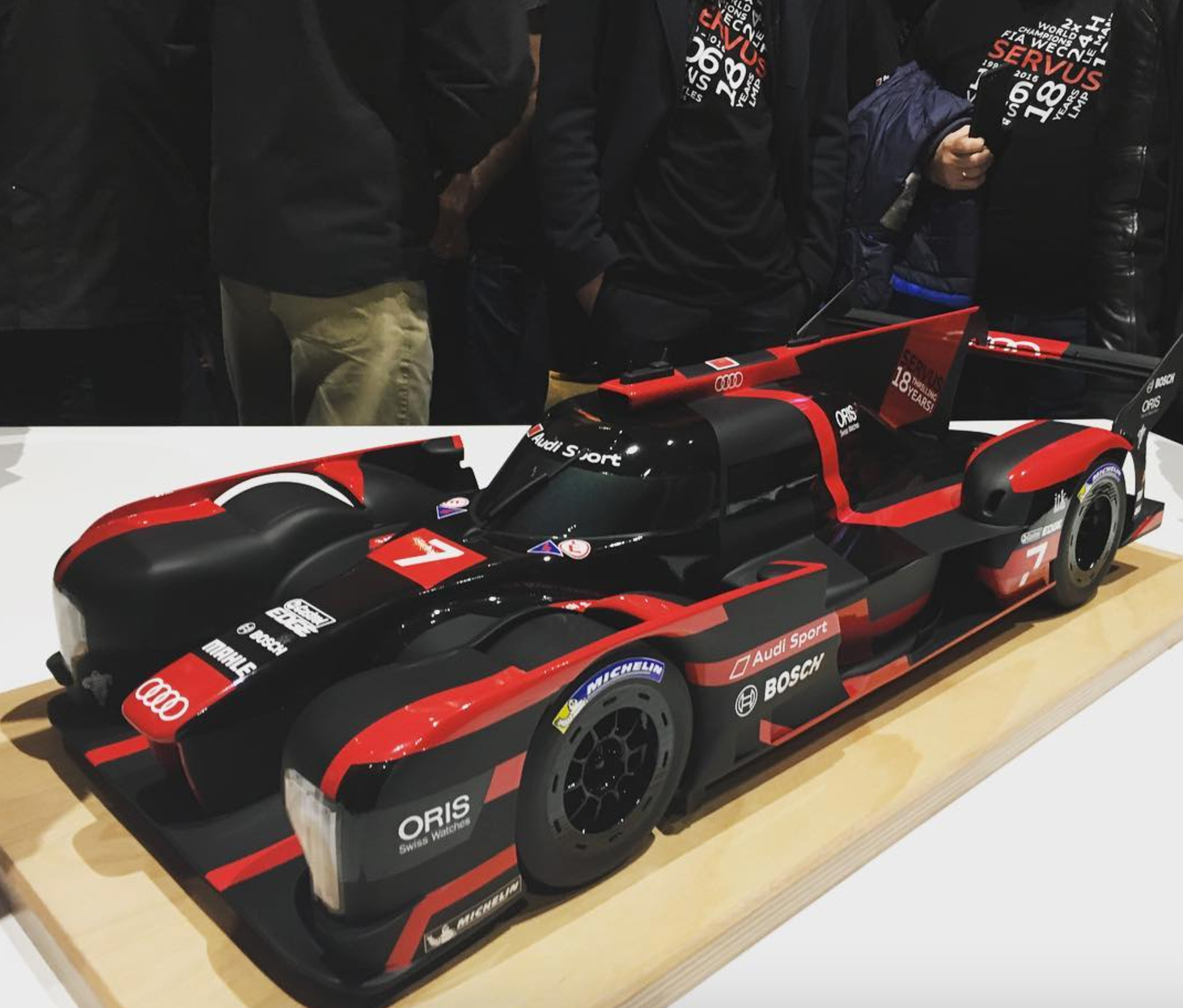 Audi's Motorsport team had nearly finished their 2017 Audi R18 when they announced that they would be leaving the World Endurance Championship (WEC).

[vc_row][vc_column][vc_custom_heading text="When Audi announced that it would be leaving the World Endurance Championship behind, it took the motorsport community by surprise. It also seems to have taken the Audi Motorsport team by surprise as well, as they were working on their 2017 Le Mans car when the announcement was made." font_container="tag:h4|text_align:left" use_theme_fonts="yes"][vc_column_text]The team had nearly finished their Audi R18 E-tron LMP1 2017, but we can take a peek at what the car might have looked like in this scale model shown on Filipe Albuquerque's Instagram profile where he said, "The engineers say [this] is the most efficient car they ever made..."[/vc_column_text][/vc_column][/vc_row][vc_row css=".vc_custom_1481109360829{background-color: #212121 !important;}"][vc_column][vc_single_image image="3459" img_size="full" css_animation="top-to-bottom"][/vc_column][/vc_row][vc_row][vc_column][vc_column_text]Although it is sad news that Audi won't be using the 2017 Audi R18 in the WEC, the car has been put up for sale to customer racing teams, and Joest Racing have already made plans to race this new model with a V8 engine instead of the hybrid drivetrain.

So, we may see the racecar with four rings competing again in the not-too-distant future, but not quite as Audi intended.[/vc_column_text][/vc_column][/vc_row][vc_row][vc_column][vc_custom_heading text="Let's hope that Audi makes as big a splash in the electric racing world as it did in endurance championships." font_container="tag:h5|text_align:left" use_theme_fonts="yes"][/vc_column][/vc_row]