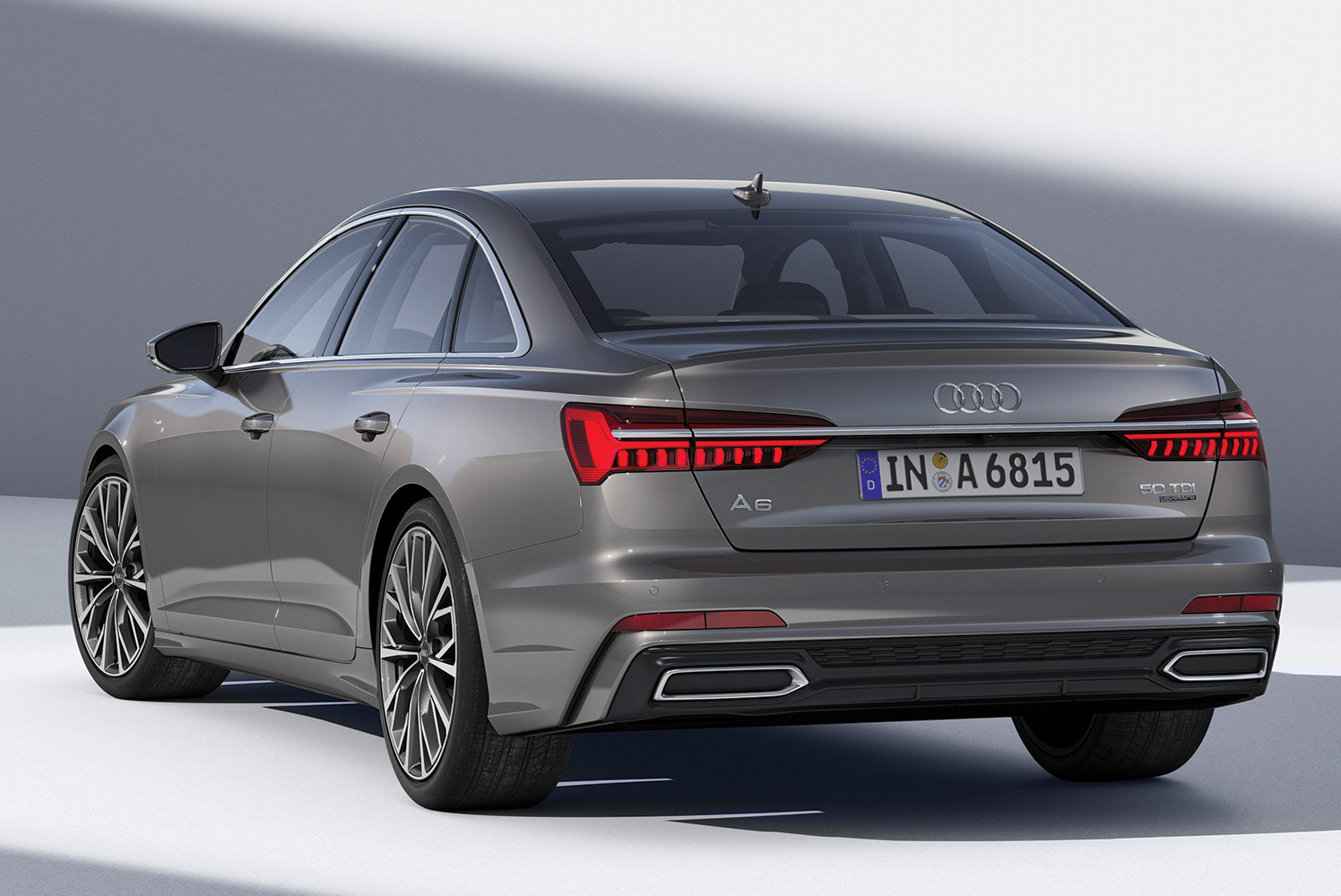 The new Audi A6 Saloon is scheduled to be revealed at the Geneva International Motor Show next week and although it might not look like much on the outside, it's a massive improvement over wh

[vc_row][vc_column][vc_column_text]The new Audi A6 Saloon is scheduled to be revealed at the Geneva International Motor Show next week and although it might not look like much on the outside (after all, this is a simplistic executive saloon), it's a massive improvement over what came before. Whether it's the interior advancements, the sleek driving profiles or the stronger and sportier design, we can't help but feel like Audi is on to a winning recipe with the new A6.[/vc_column_text][vc_single_image image="5574" img_size="full"][vc_column_text]I'm happy to write that Audi appears to have discarded their previous executive design handbook and replaced it with the same guidelines that were used for the new, ultra-luxurious Audi A8 and the fiercely sporty 2018 Audi A7. Looking back at the previous generation of A6 with hindsight, it's hard to hide a grimace as you see that tiny, scrunched up front-end. Fortunately, the 2019 model brings with it the infinitely nicer Singleframe grille style found on the A7 and A8. It's wider and low-slung to give the car an aggressive stance on the road - coupled with the flat headlights and some powerfully contoured air inlets, this new model screams to be driven like a sports car, but enjoyed liked a luxury-executive saloon. Every engine on the Audi A6 has mild-hybrid technology. This will allow you to take advantage of features like the advanced coasting and start-stop functionality. If you're travelling over 34mph (up to 99mph) you can lift your foot off the pedal and you can coast using the lithion-ion battery. When you're braking, the start-stop technology will kick in when the car goes below 13mph. So, when you're approaching a set of traffic lights, you might feel the engine cut out early. A really nice touch is when the engine fires up again, not when you start accelerating, but when the car in front of you starts moving. It helps save precious milliseconds when you're ready to put the pedal to the metal.[/vc_column_text][vc_single_image image="5572" img_size="full"][vc_column_text]Audi's happy light animations are still present in the new Audi A6. Where the A8 and A7 have a large light strip along the rear of the car, the A6 design opts for two separate rear lights. It makes sense. The light strip on the A8 is huge and defines the character of the top-of-the-range model. The same on the A7 is a lot thinner and smaller, signifying its place beneath the A8. The A6 is clearly beneath the A7, and the rear lights follow that hierarchy. The 2019 Audi A6 is slated to launch with a 3.0-litre turbocharged V6 engine, so even the standard spec A6 will pack a punch that will keep every driving smiling while also remaining professional.[/vc_column_text][vc_column_text]

We'll be on the ground at Geneva Motor Show with the Audi A6 to bring you all the latest information from this superb upgrade, which is already getting us excited for a next-level RS6 model.