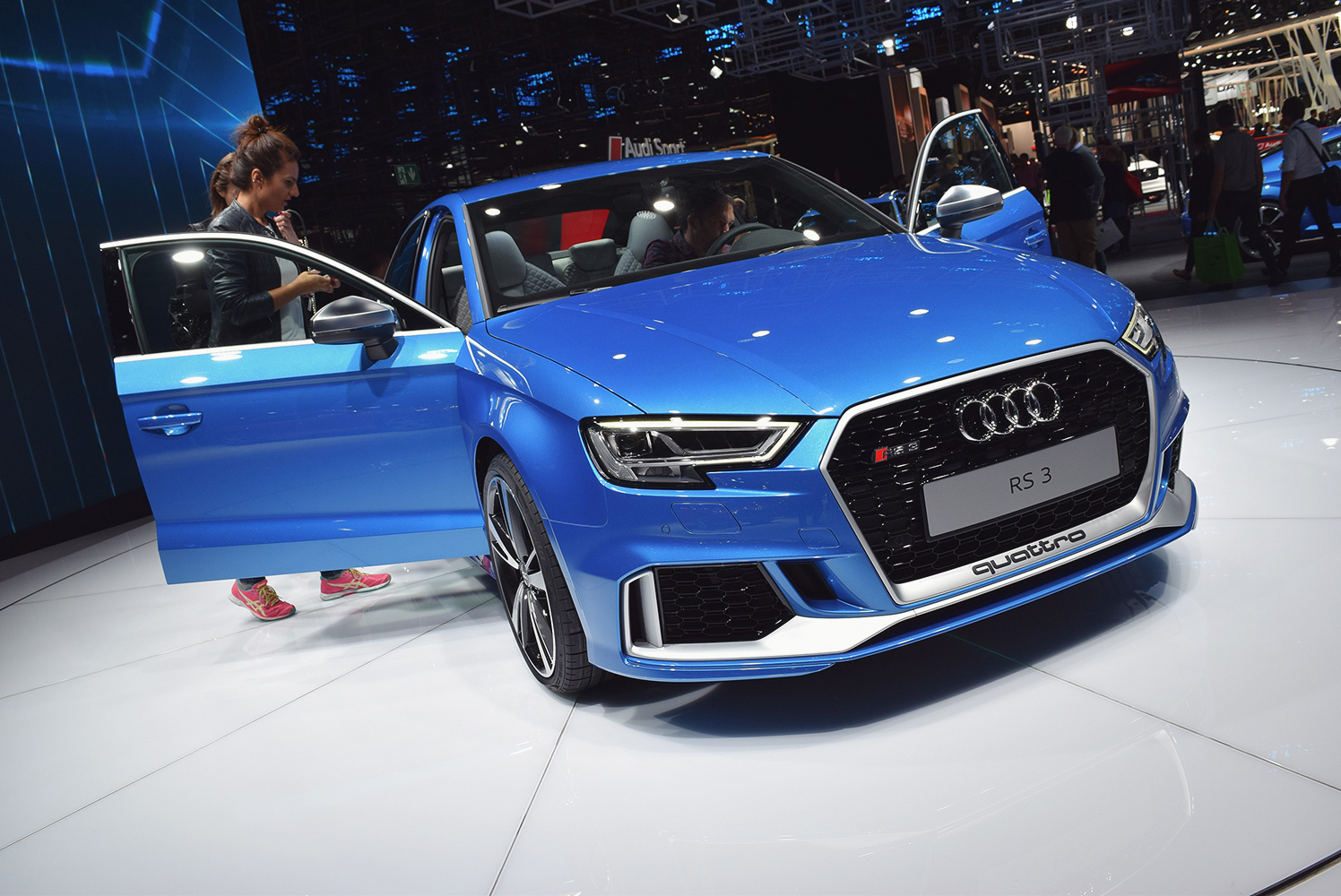 With 2017 just around the corner, carmakers are working furiously to get their latest models ready for public consumption. As public demand for power and efficiency rises, Audi is leading the pack with powerful, well-designed and increasingly efficient cars that got well-deserved attention at Paris Motor Show in 2016. With saloons, cabriolets, SUVs and more on the cards for the German manufacturer, they’re eager to meet the needs of everyone they possibly can.

Here's the Audi cars we're most looking forward to in the new year.

There is a lot of anticipation for the RS3 Saloon. It has a stunning design that evokes sophistication, but under the hood, this car is a beast. With 394 bhp, Audi aren’t messing around – they even used this car in their latest competition in the TCR racing series. It was that powerful that they had to detune the engine to 325 bhp in order to meet the regulations of the series. The car will also hit 0-62mph in just 4.1 seconds. 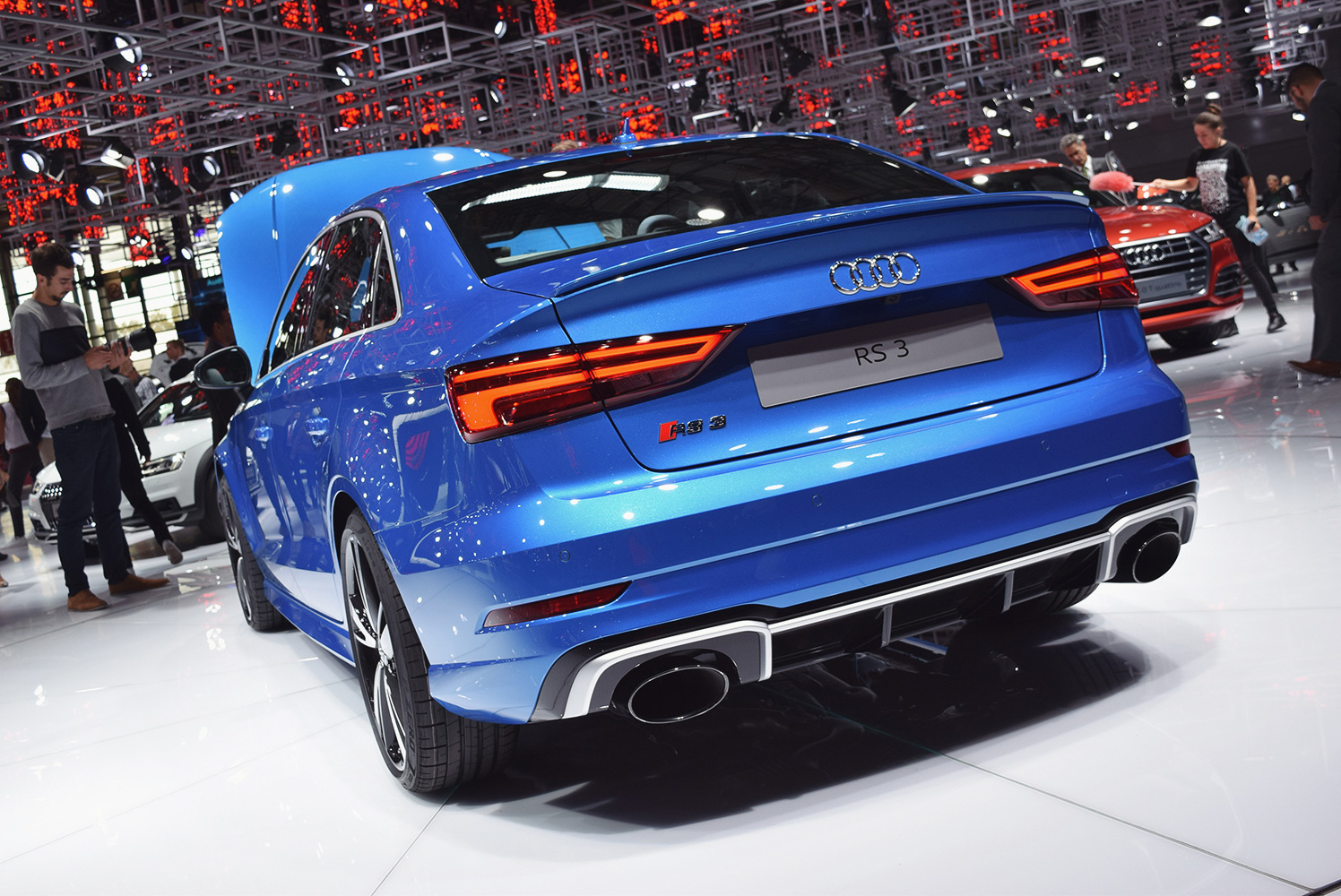 Face-melting speed aside, the Audi RS3 Saloon is a practical car thanks to some advanced engineering. This car is as suited to everyday driving as it is to the racetrack. Plenty of space in the boot, and many thoughtful features for the driver. This would be an excellent car for someone on the daily commute who also wants something fierce to drive at the weekend.

This tricked out saloon should be available to order soon, and our customers are already desperate to get their hands on one. Keep an eye out for more information. 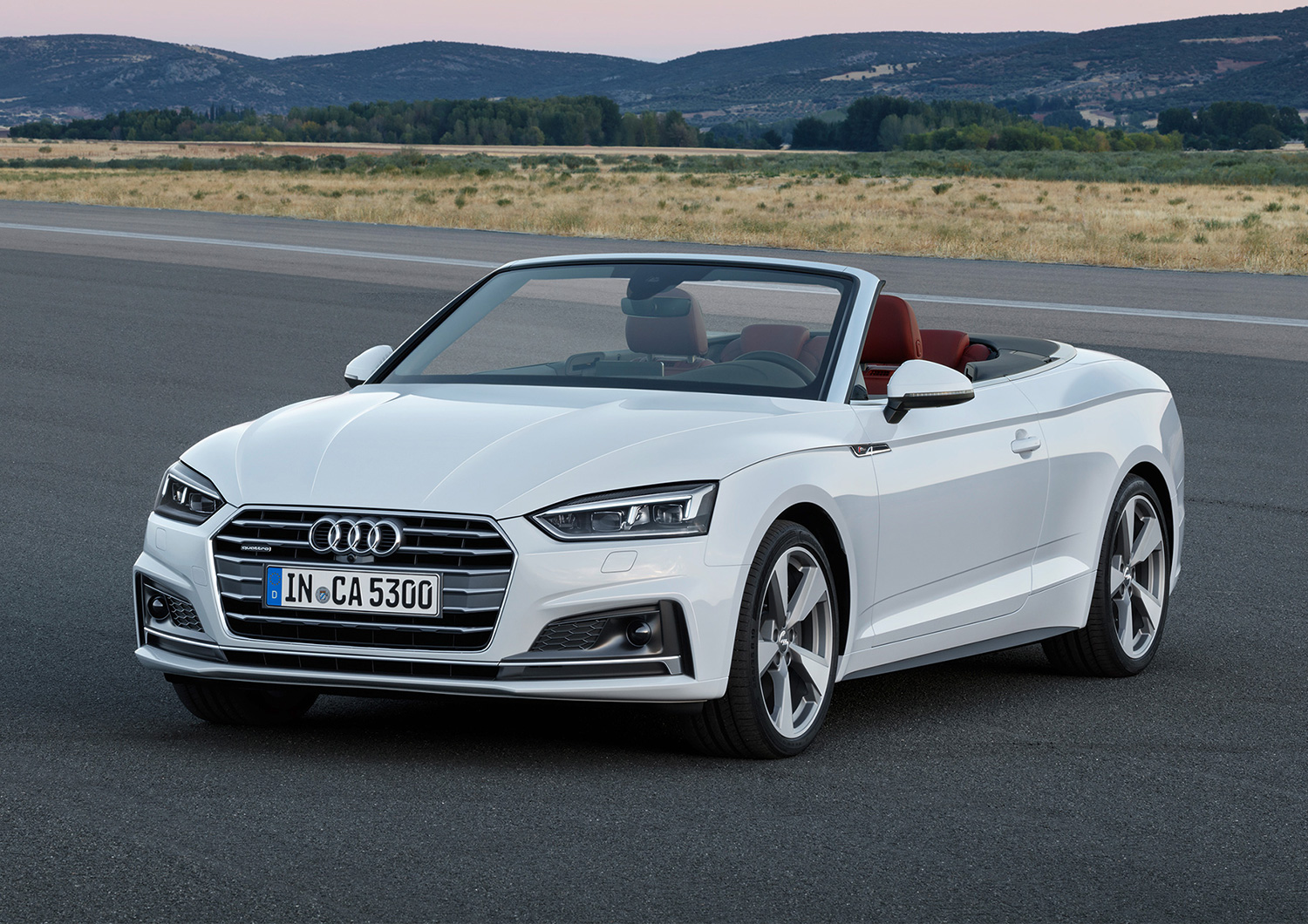 As winter is starting to bite at us with sub-zero temperatures, a lot of us will be looking forward to summer – and driving around with the top down in a cabriolet is a must when the heat rises again. The convertible version of the A5 Coupé is due to arrive in May 2017. The sporty, elegant design of the A5 translates perfectly to the open-top model, and this new design brings a larger interior than before for more comfort and convenience. 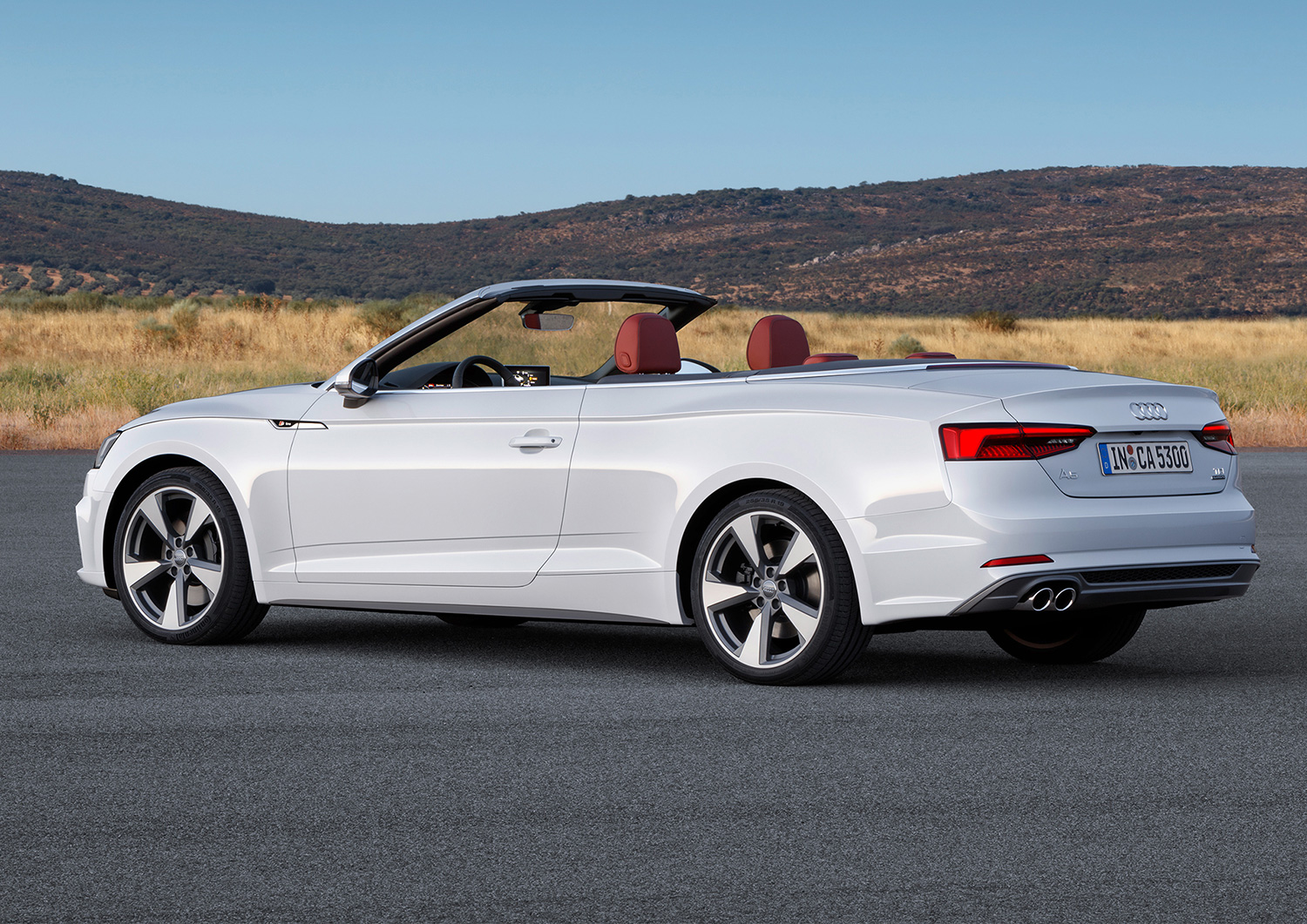 The soft-top acoustic roof can be automatically lowered in just 15 seconds as long as you’re driving below 30mph, and it only takes 18 seconds to put back up at the first sign of rain. Thoughtful features like seatbelt microphones and an all-new operating system that has natural language voice control allows the driver to control all functions effortlessly, even with the hood open.

Need something a bit sportier? The Audi S5 Cabriolet is also available to order with early 2017 delivery, which will give you extra engine power and many features that are popular in Audi’s S models.

Our customers are already ordering the A5 Coupé and S5 Coupé – as well as the A5 Sportback and S5 Sportback variants – and there’s plenty of interest for the Cabriolet version. 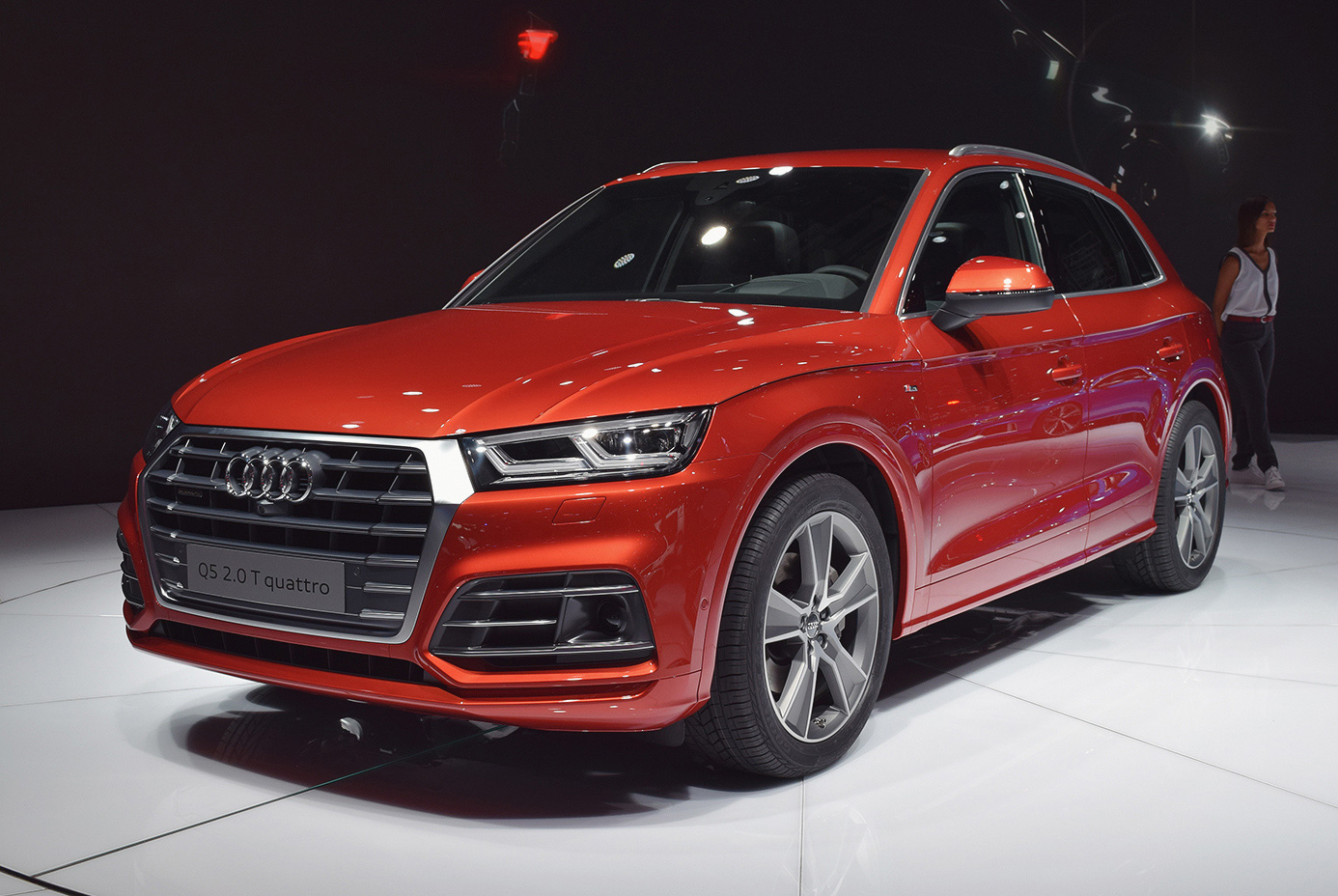 Announced at Paris Motor Show this year, the second-generation version of the Audi Q5 comes with a fresher design and plenty of new features. One major improvement over the previous model is the addition of a new, comfortable air suspension and damper control. This will make for a smoother driving experience, ensuring that you have a fun time. 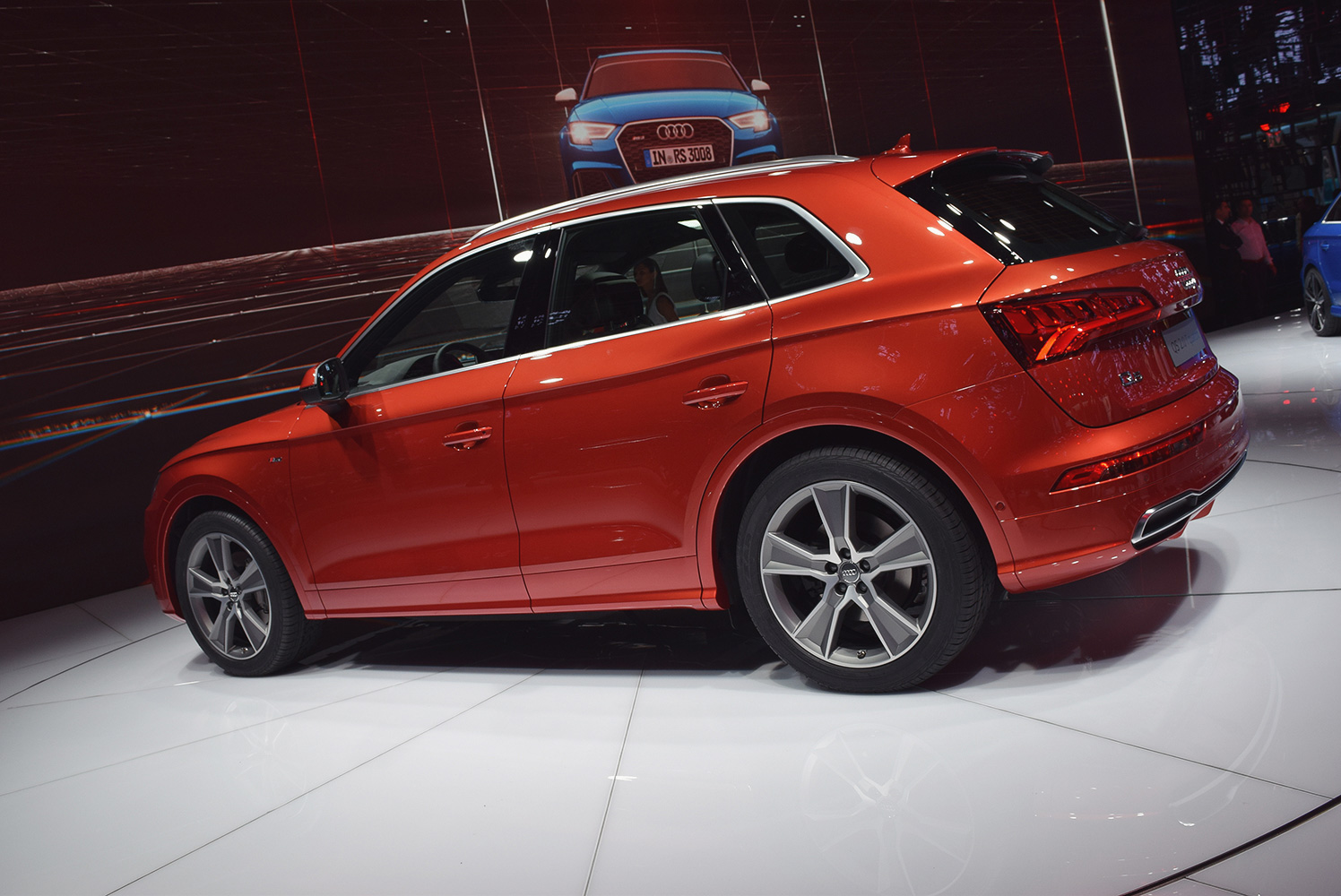 “The first Audi Q5 was for many years the world’s best-selling SUV in its class. It was no easy task to design its successor, but that is precisely why it is so very exciting,” says Rupert Stadler, Chairman of the Board of Management at AUDI AG. “With the new Q5 we are setting the bar a notch higher. Among the great innovations are the quattro drive system with ultra technology, highly efficient engines, the air suspension with damper control and a comprehensive line-up of infotainment and assistance systems.”

We already have customers placing orders on the new Audi Q5 with deliveries expected early 2017. To see our latest offers on the new shape Audi Q5, click here.


Audi are planning to use 2017 to refresh their luxury vehicles with a new, dramatic design. Firstly, they will reveal the design of the Audi A8 around Autumn, closely followed by the Audi A7. Although the Audi A6 will also follow this design trend, it might be the only one to be released in 2018, but we’re still hoping for a late 2017 unveiling of the new design. The “dramatically sportier” look is what Audi is hoping will help the A6 to better compete with the likes of the Mercedes E-Class and BMW 5 Series.

The Audi A6 is expected to have a longer wheelbase and wider body that doesn’t just give it a sporty shape, but also a spacious interior and large boot space.

With a new A6 Saloon and A6 Avant expected to be announced simultaneously, this new car will be the third punch in the A8, A7, A6 offensive that’s expected to be revealed throughout 2017.

Audi already have test models on the roads in the form of a modified A7, but it would make sense for the technology to first arrive in the top-of-the-range Audi A8 as it likely to be picked up by Executives and CEOs looking to claw back as much time as they possibly can.

Expect Audi to make some big announcements with regards to electric vehicles in 2017 as they have just announced that they are teaming up with Volkswagen, Mercedes, Porsche, BMW, Daimler and Ford to jointly bring super-fast, high-power charging points to long distance travel routes in Europe. This is a big commitment that solidifies Audi’s stance on creating electric vehicles, and this will definitely serve to accelerate the adoption of electric vehicles for the carmaker.