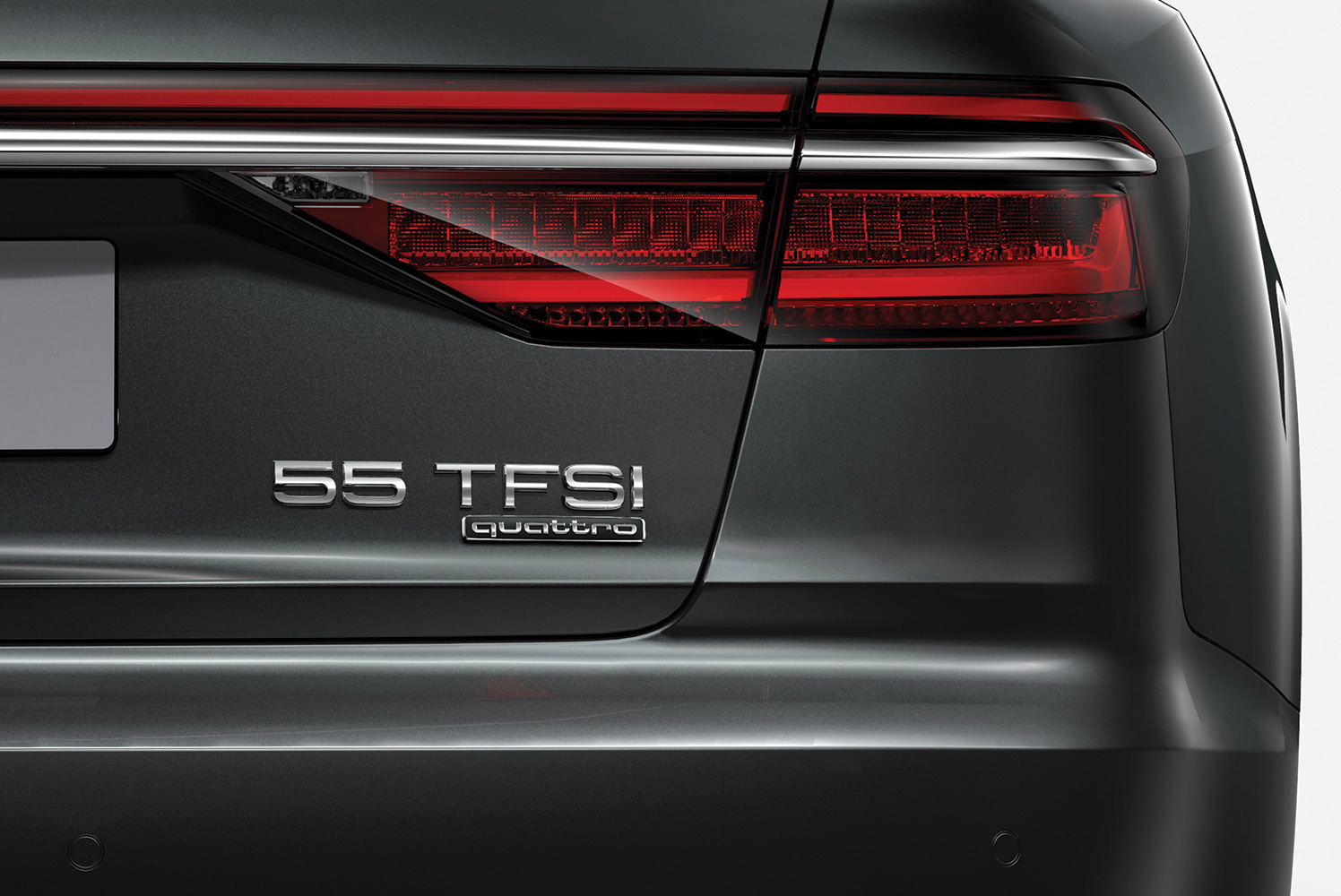 In order to make it easier for customers to understand the power of Audi models, the German carmaker has announced a new engine naming system...

In order to make it easier for customers to understand the power of Audi models, the German carmaker has an engine naming system that applies to all TFSI, TDI and e-tron models.

The A8 was the first model to receive the updated engine naming system with the A8 50 TDI and A8 55 TFSI. We'll break down the way the naming works in just a moment, but the main thing to remember is that the higher the number, the more powerful the car. An A8 3.0 TDI (285PS) is now the A8 50 TDI and the A8 3.0 TFSI (340PS) is now the A8 55 TFSI. So, as you can see in that example, the engines are both 3.0 litres, but the power output is bigger on the TFSI engine, which bumps up the engine number. Similarly, an Audi A1 with 95PS would now be named A1 25 TFSI. This will be shown on the back of the car instead of the conventional engine size. The car model on the left ("A1"), and the new engine style on the right ("25 TFSI"). The reason for the change is because Audi believes that there is confusion between TFSI, TDI and e-tron power outputs. With more powerful petrol engines being developed - see the 2.9 TFSI engine on the new Audi RS5 Coupe - and more powerful e-tron models on the way, Audi wanted to make sure you could tell if an e-tron was better than a TDI or TFSI model. Now, it'll be as simple as choosing the highest number available for that model if you want a sporty, powerful engine.

"The clarity and logic of structuring the designations according to power output make it possible to distinguish between the various performance levels."

Audi Board Member, Dr Dietmar Voggenreiter, said: "As alternative drive technologies become increasingly relevant, engine displacement as a performance attribute is becoming less important to our customers. The clarity and logic of structuring the designations according to power output makes it possible to distinguish between the various performance levels." The new reference value for the new model designations is the power output of the individual model in kilowatts (kW). Then, sub-classifications will group together similarly powered performance levels, so engines with the "30" designation are models with power outputs between 81 and 96 kW (110PS and 130PS). And "45" represents power outputs between 169 and 185 kW (230PS and 252PS).

This new naming convention should make it easier for people to choose their car based on the performance of the engine.