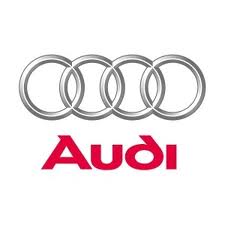 Audi Vs BMW has long been a question mulled over by buyers when trying to choose their next new car. It's a tricky decision to make as both brands have very simular qualities and aspirations.

Audi Vs BMW has long been a question mulled over by buyers when trying to choose their next new car.  It's a tricky decision to make as both brands have very simular qualities and aspirations. Price can't really be a deciding factor anymore due to the outstanding leasing deals on offer in recent years by both brands.  Even buyers who would normally be looking at Fords, Citroen's etc are being posed the Audi Vs BMW question! [caption id="attachment_498" align="aligncenter" width="598"]

Audi Vs BMW[/caption] Let's take a look at a few key points which may help you make a decision when considering Audi Vs BMW: Audi

TDI Engine The TDI engine was first introduced in 1989.  Audi showcased the world's first production car diesel engine with turbo charging, direct injection and electronic management! Fast forward to today and the Audi TDI engine has overtaken sales of the petrol models.  The new TDI engines balance performance with economy, this has proved incredibly popular with the company car drivers out there. S-Tronic Gearbox Taken from Volkswagen's Direct-Shift Gearbox (DSG), Audi implemented their version of the dual clutch transmission calling it S-Tronic. UK Sales 2012 was a record breaking year for Audi, selling around 1,455,100 cars worldwide.  This was up 11.7% on the previous year.  From this a total of 123,622 were sold in the UK, this was up 8.6% on 2011. BMW 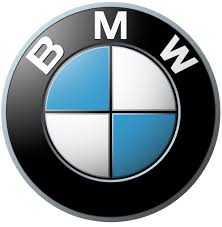 EfficientDynamics BMW have reduced the CO2 emissions of their entire fleet by around 30% since 1995.  This was done mainly through the introduction of the EfficientDynamics technology which brings together numerous technologies which are designed to bring down fuel consumption and emissions. xDrive This is BMW's all-wheel drive intelligent system which allows each axle to maximize the available traction.  The intelligent all-wheel drive system can also recognize the first signs of oversteering and understeering. UK Sales  Like Audi, BMW reported a record year for sales in 2012 and confirmed its position as number one premium car company in the UK.  Total sales are said to be around 127,530, an increase of 9.33% on 2011. The question of Audi Vs BMW will continue for many years to come as both brands continue to produce cutting edge vehicles. If you have any questions or just want some straight talking advice please feel free to call our team on 0151 728 4711 or visit Stable Vehicle Contracts. If you are considering changing your lease car or van in the near future why not join the thousands of subscribers who already receive our weekly newsletter.  Each week we aim to send out a selection of the very best contract hire & leasing offers in the UK!