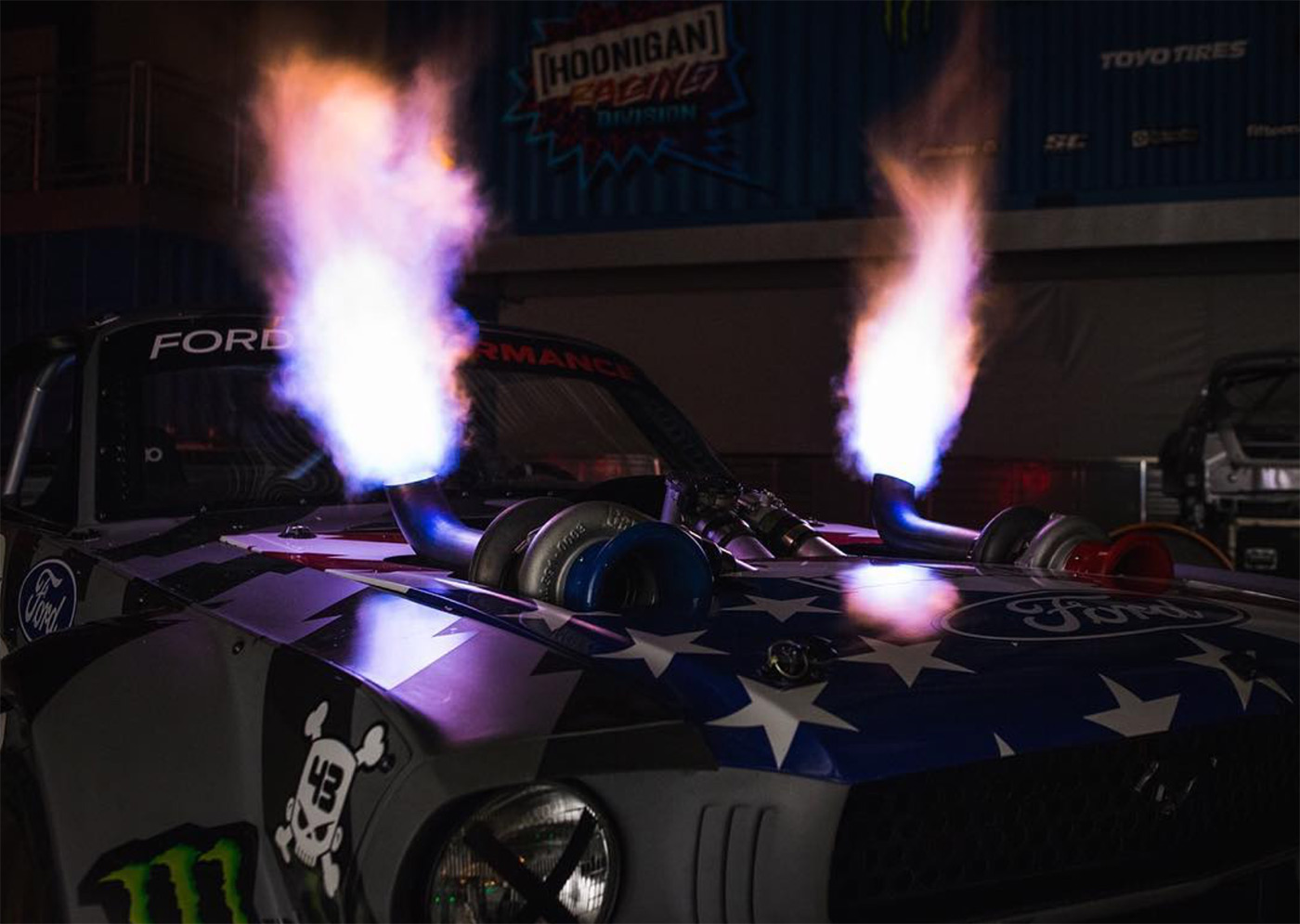 Ken Block is at it again as he unveils his new 1400hp Hoonicorn V2 modified Mustang. This will look amazing if he uses it for his next Gymkhana video!

Ken Block is at it again with his hype machine, this time as he unveils the second-generation of his super-powered Mustang, the "Hoonicorn". We first saw the original Hoonicorn in Block's Gymkhana Seven as it ripped through Los Angeles - and presumably tore up many, many tyres. Back then, the car was an 845hp Mustang that was perfectly capable of putting up with Block's harsh drifts and eye-watering stunts. Since then, Ken Block has released Gymkhana Eight and Gymkhana Nine, but there's something special about the customised Mustang that makes us more interested in the Hoonicorn V2. Now, the Hoonicorn boasts 1400hp thanks to two turbo-chargers strapped to his insanely powerful V8 engine. These are free-breathing, so flames shoot up from the vents in a very cinematic fashion - this will look amazing if (or when) Block takes it for a spin in his next Gymkhana video.

The new American flag paintwork on the Hoonicorn shows off a new direction for the vehicle. With its newfound power, the car will now use methanol as a fuel source to keep the engine cool instead of regular gasoline. 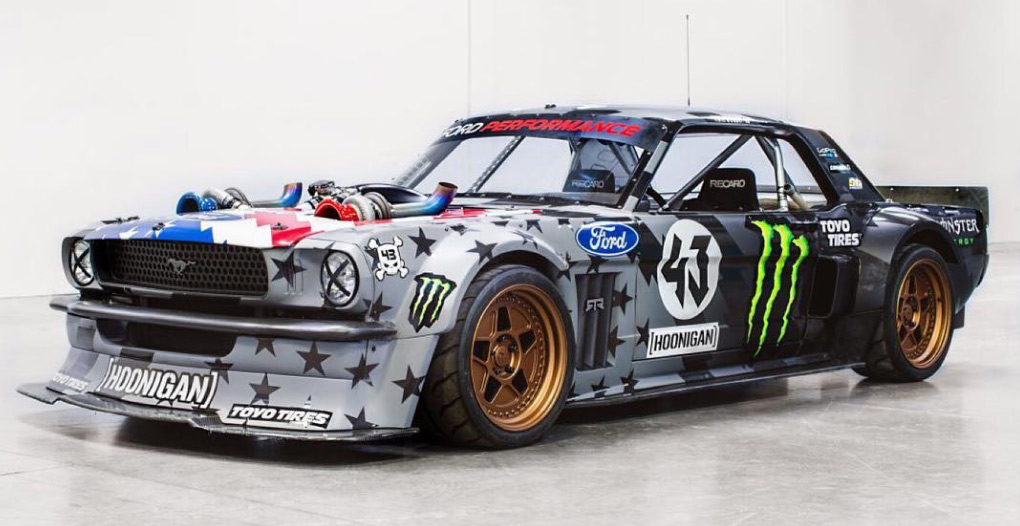 On a test run with his newly refurbished car, Ken Block promised that it could throw out more smoke than before - a promise that he backed up with this satisfyingly smokey picture: 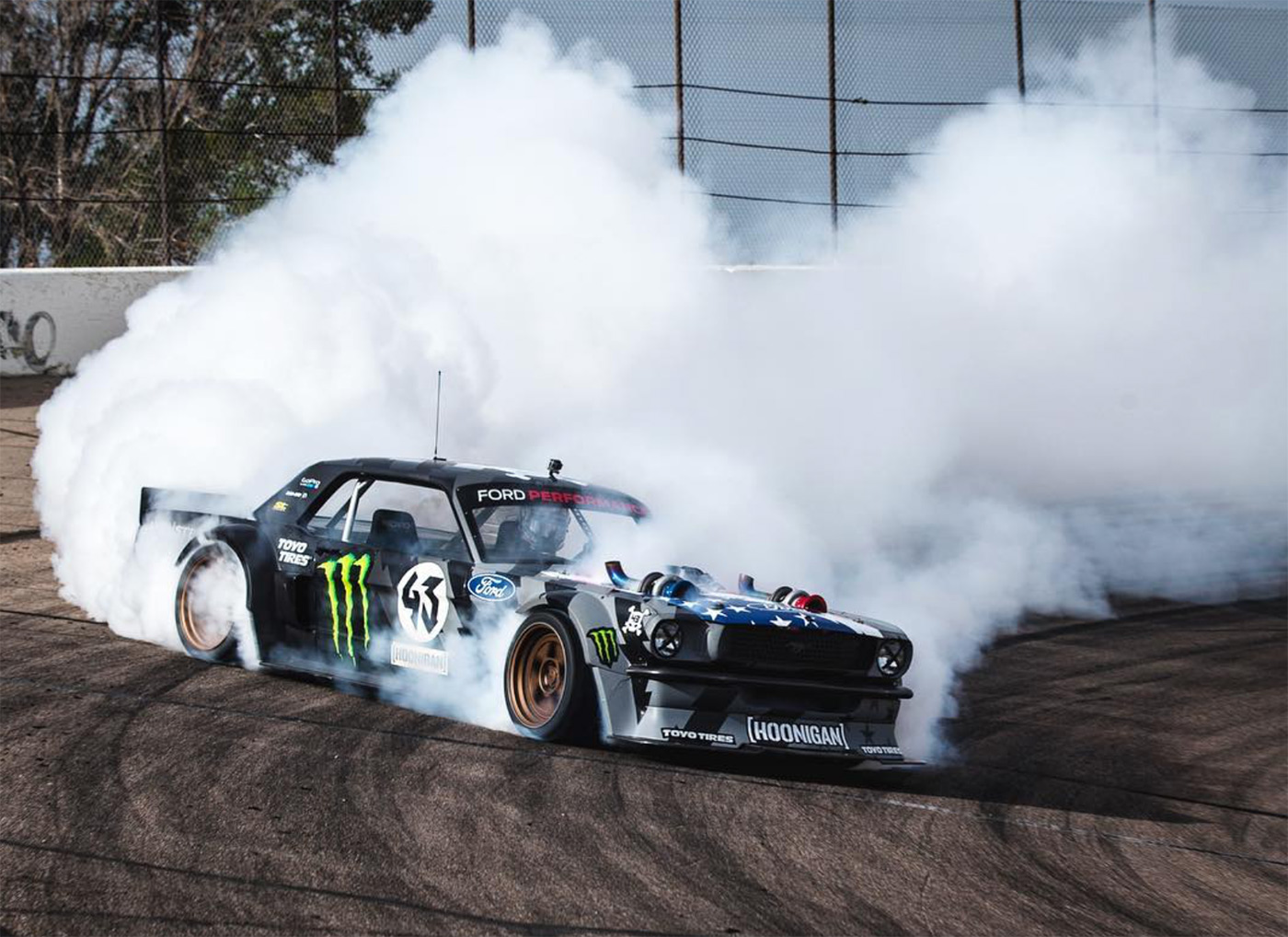 Bring on the next Gymkhana video. To get our latest offers direct to your inbox, please fill in the form below.