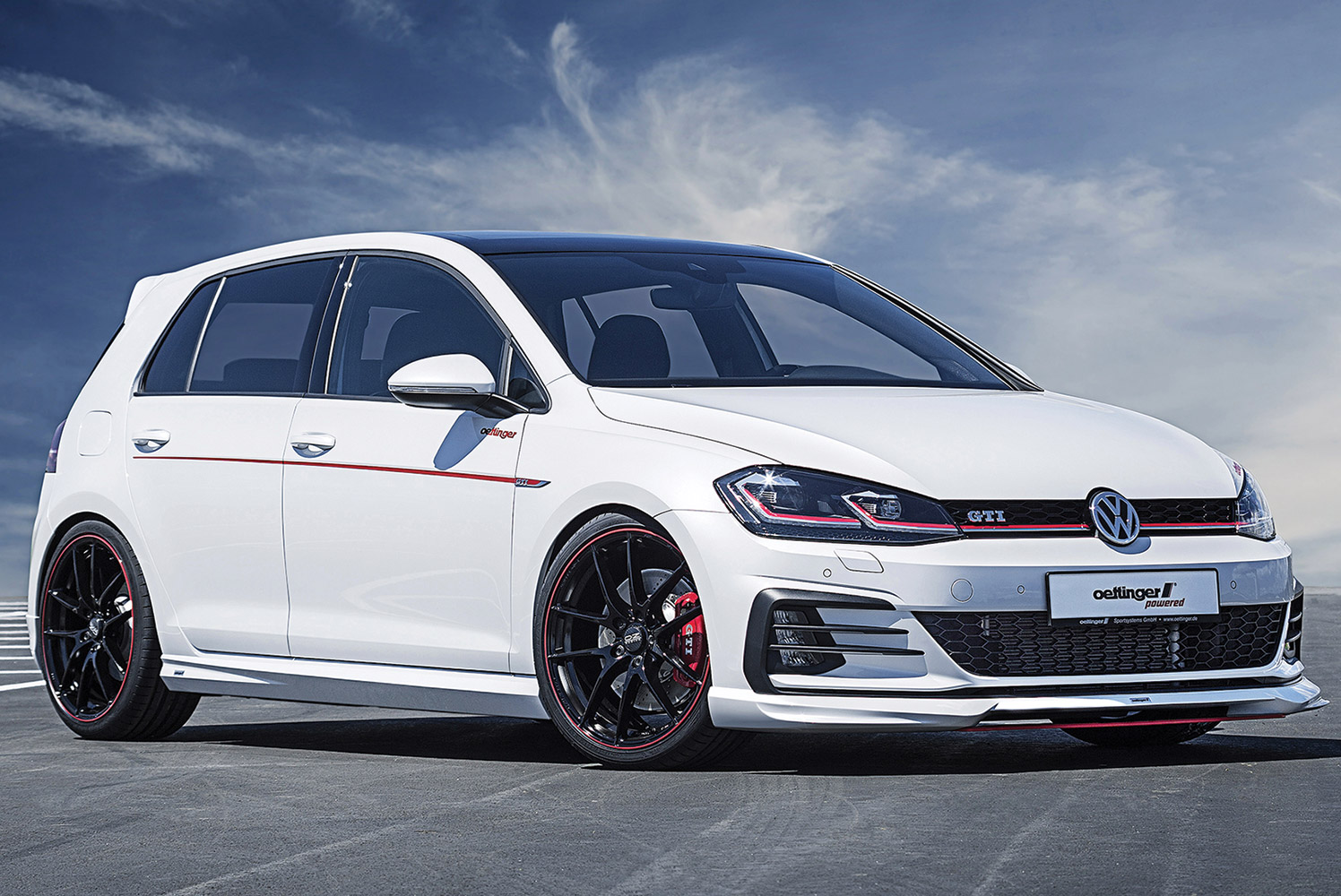 Oettinger Golf bodykits tweak the design of the existing models to make them look even more fierce. Volkswagen could learn from these designs.

Oettinger Golf bodykits tweak the design of the existing models to make them look even more fierce. Volkswagen could learn from these designs.

[/vc_column_text][vc_column_text]Oettinger Golf bodykits are serious business. When the 2017 Golf GTI and Golf R models launched, it was only a matter of time before tuning companies jumped on them to modify them with their own creative edge. Oettinger's designers and engineers haven't disappointed either, with subtle, but welcome, changes to the standard bodywork of the top-spec Golfs.[/vc_column_text][vc_single_image image="4761" img_size="full"][vc_column_text]The company says that the Oettinger Golf GTI is a sharpened version of the GTI that gets your pulse racing when you look at it. The Oettinger aerodynamic package comes with a new front spoiler, front splitter, side skirts together with a four tail-pipe rear diffuser. These all work together to give this GTI facelift a fiery personality that is begging to be raced around a track. The bold style of the roof spoiler with open racing flaps enhances the athletic shape of the Golf GTI. With a striking appearance, and an imposing sound thanks to the four tail-pipe sports exhaust system - this bodykit lets people know what the GTI is capable of under the skin.[/vc_column_text][vc_column_text]

"The front spoiler and rear diffuser were specifically developed purely for the Golf R."

[/vc_column_text][vc_column_text]The Oettinger Golf R has a similar styling enhancement, but it's been taken to the next level for the top-of-the-range car. With Oettinger aerodynamic components changing the visual performance, the company believes that they have driven this car to the pinnacle of its curb appeal. With a high quality aerodynamic package consisting of a front spoiler, adjustable front splitter, side skirts and an impressive four tail-pipe rear diffuser, the Golf R couldn't look any better.[/vc_column_text][vc_single_image image="4764" img_size="full"][vc_column_text]The front spoiler and rear diffuser were specifically developed purely for the Golf R, in order to strengthen and emphasise the individual design of the Golf R over the GTI and GTD models. The striking roof spoiler with the newly developed R-Wings provides a professional motor sport appearance and down force together with the sonorous quad tail pipes.[/vc_column_text][vc_single_image image="4762" img_size="full"][vc_column_text]It wouldn't be unreasonable to expect to see some Oettinger bodykits in a motorsport environment soon. With a generous package that includes tuning up the engines as well, it's a no-brainer for racing teams to get in touch with the German tuning company.[/vc_column_text][vc_column_text]

The Oettinger Golf bodykits have done it again with two amazing designs specifically for the Mk 7 Volkswagen Golf GTI and Golf R. We can't wait to see what they're working on next.