What is Volkswagen Group's Roadmap E?

What is Volkswagen Group's Roadmap E? 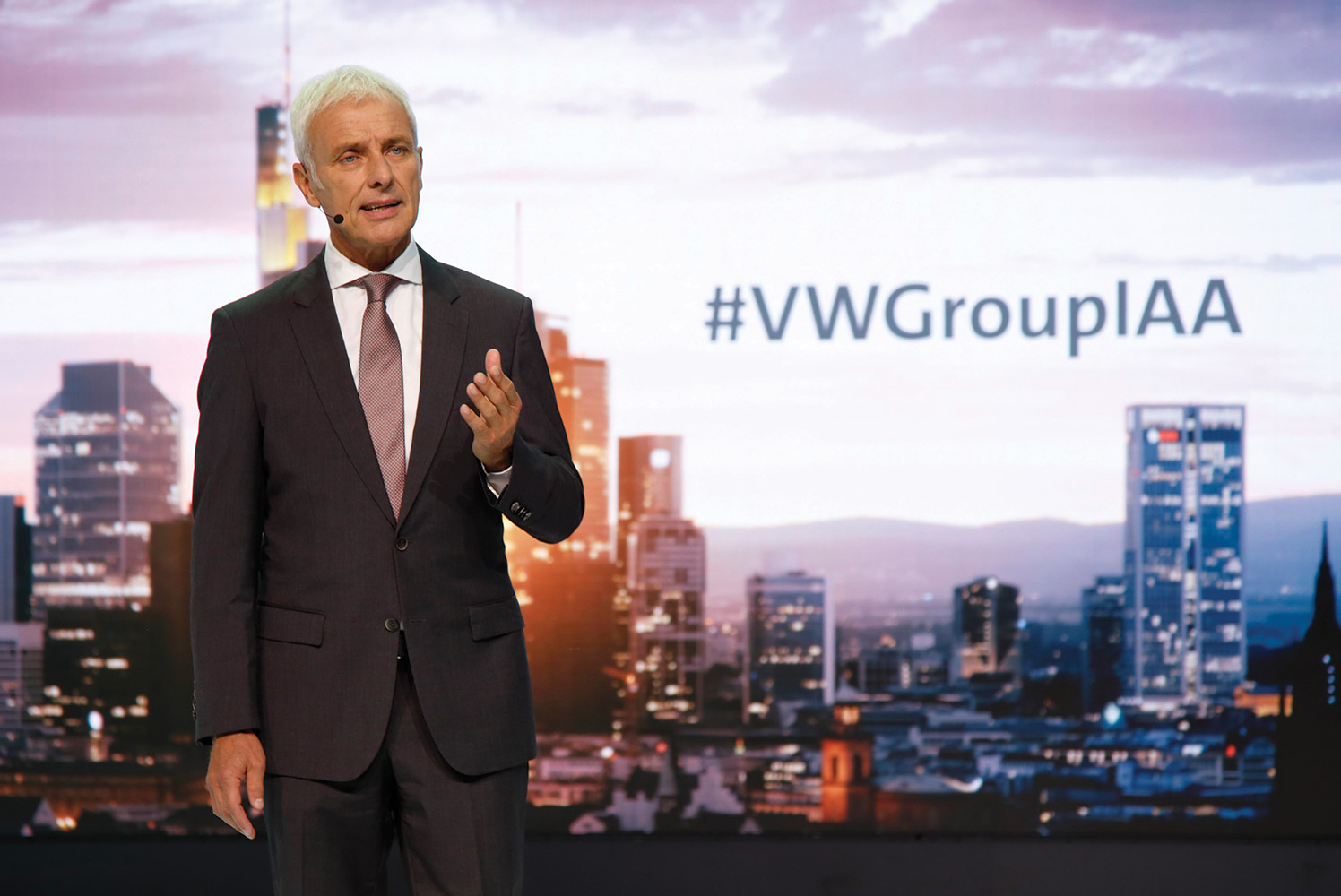 Volkswagen has announced Roadmap E - its plan to electrify every vehicle in every brand it owns. That is a serious amount of cars that will need to...

Volkswagen has announced Roadmap E - its plan to electrify every vehicle in every brand it owns. That is a serious amount of cars that will need to be updated to new technology.

[/vc_column_text][vc_column_text]Roadmap E will also need a lot of money to meet Volkswagen Group's goals of bringing 300 different electric models to market by 2030. Initially, the Group had dedicated 10 billion Euros to their electric future, but now they have placed 70 billion Euros in to their new plans. Fifty billion will be used to develop new battery technology that will be usable for, at the very least, the next ten years.[/vc_column_text][vc_single_image image="5272" img_size="full"][vc_column_text]"A company like Volkswagen must lead, not follow," said Volkswagen CEO, Matthias Mueller, "We have got the message and we will deliver. This is not some vague declaration of intent. It is a strong self-commitment which, from today, becomes the yardstick by which we measure our performance." One of the biggest stepping stones for reaching the Roadmap E targets will be battery production on a large scale. Take Tesla's Gigafactories for instance. Tesla need huge factories for battery production for just three flagship models. Mueller estimated that the VW Group would need around 40 huge battery factories in order to meet the demands of each Group brand, and also to create batteries for all the models promised by Roadmap E.[/vc_column_text][vc_column_text]

"These cars are not going convince people; they're going to enthrall them."

[/vc_column_text][vc_column_text]The only way to prepare for a huge surge of battery demand is to invest heavily in the supply chain and production, which is why Mueller says they will be investing 50 billion Euros in those battery factories. Those factories would produce technology for Volkswagen, Audi, SEAT, Skoda, Bentley, Bugatti, Lamborghini, Porsche and Ducati. Interestingly, Mueller said that Volkswagen intend to bring a 600-mile range battery to market by 2030. This would make VW Group brands seriously attractive to electric car buyers as range anxiety is still an all-too-common problem with some brand-new models still only being able to get sub-300 miles per full charge. A 600-mile battery would change the game.[/vc_column_text][vc_single_image image="5279" img_size="full"][vc_column_text]Of the 300 electric vehicles promised in Roadmap E, 80 will be all-electric to begin with, and the remaining 220 will have some form of hybrid engine available. Mueller confirmed that Audi would get a range of new, dedicated electric vehicles (most like a range based on the Aicon, Elaine and e-tron concepts shown at the Geneva and Frankfurt Motor Shows). Work continues at the Volkswagen Group to explore all energy sources. There are now Audi g-tron models that utilise gas fuel alternatives, there will also be a production model very soon for an Audi model that will have a hydrogen fuel cell. The Group are also dedicated on creating combustion engines with continual focus on lowering carbon emissions.[/vc_column_text][vc_column_text]

We'll likely see concepts and developments of Roadmap E as we get closer to 2030, but - sadly - that's still 13 years away.