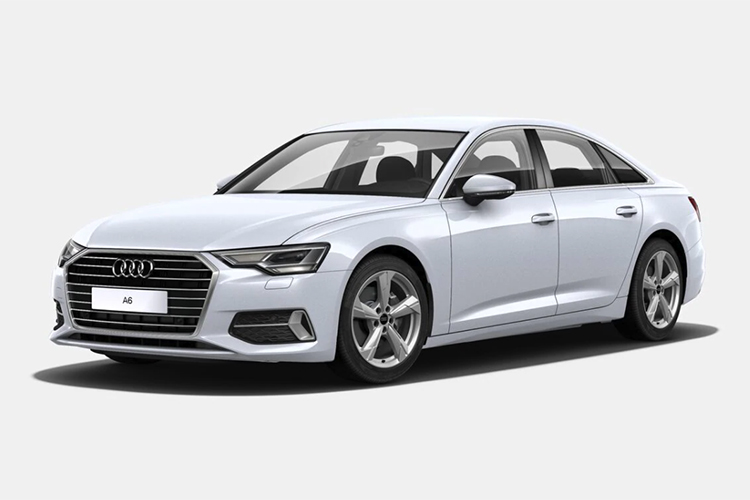 The styling of this fifth generation model borrows much from its A7 Sportback and A8 executive and luxury segment stablemates. So there are taut surfaces, sharp edges and striking lines, plus a long bonnet, a long wheelbase and short overhangs. The wide, low-slung Singleframe grille, the flat headlights and the powerfully contoured air inlets lend a suitably purposeful air. In profile, three striking lines reduce the car's visual height. The powerfully taut contours, which are drawn over the wheels, are testimony to Audi's quattro genes. This shape is certainly very sleek: thanks to advanced aerodynamics, a class-leadingly-slippery drag coefficient of as little as 0.24Cd has been achieved. The interior is larger than the outgoing model. Legroom in the rear exceeds not only that predecessor design but also the space you'll get in core competitors, while headroom and shoulder room measurements in both front and rear are also more generous than previously. Up front, the dash features the black-panel design we first saw on the current A8. You're going to need to like screens because this car's classy interior can incorporate no fewer than three of them, the two you'll notice first powering up as soon as the door is opened and dominating the upper and lower parts of the piano black-trimmed centre stack. There's comfortable room for a couple of adults in the back and a 530-litre boot. If you need more, the alternative Avant estate variant offers 565-litres.