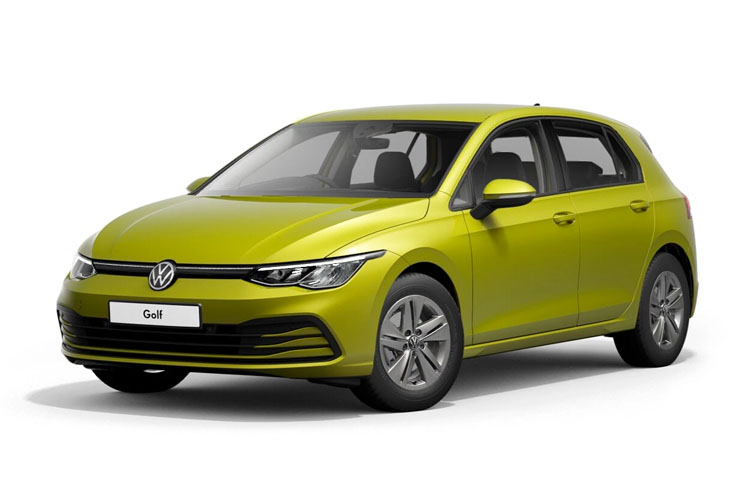 Volkswagen's modern era 'Peoples' Car', the Golf family hatchback, has been bought by an awful lot of people. Launched back in 1974 to replace the iconic Beetle, it was the model that saved the company through 29 million sales and six generations that brought us to the MK7 model that launched here in 2013. This seventh generation version has sold very well for the Wolfsburg brand, but in recent times, the launch of tough new rivals has caused some in the market to wonder whether the premium required to own a Golf in the family hatchback sector is really worth paying. Volkswagen has responded by adding in extra value to the Golf proposition, not least with the run-out 'Edition'-spec models featured here. As before, this Golf also aspires to appeal to buyers who might be considering premium-badged compact hatches from brands like BMW, Audi or Mercedes. Which gives you an idea of just how good Wolfsburg thinks this car still is. Are they right? Let's find out.

Nothing about the driving experience has changed with this improved seventh generation Golf - but then you could argue, as Volkswagen does, that nothing really needed to. There's a polish to this car that's evident not only in the way it's built, the way it looks and the quality of its interior fittings but also in the way it drives. Get used to your Golf and you'll find that progress can be effortless, thanks to a combination of stability, poise and control that makes journey times shrink rapidly. That'll be evident whichever powerplant you choose. At the foot of the range, there's the well-regarded 1.0-litre TSI petrol unit, a three cylinder powerplant developing 115PS. Next up is the 1.5 EVO TSI petrol engine, offered in either 130PS or 150PS guises. Many Golf buyers though, still want a diesel - possibly the 115PS 1.6-litre TDI diesel, but more probably the 2.0-litre TDI, available with 150PS. On the 1.5-litre EVO TSI petrol and the 2.0-litre TDI diesel, buyers are offered the option of a 7-speed DSG auto gearbox for just under £1,500 more. As before, only variants developing more than 120PS get multi-link rear suspension: below that level, your Golf will come with a less sophisticated torsion bean set-up. At the top of the range, the performance versions all use a 2.0-litre petrol turbo, available with 245PS in the 'GTI Performance' version, 290PS in the 'TCR' and 300PS in the 4WD Golf R. As before, there's a full-electric battery-powered e-Golf model if you want it.

In the family hatchback segment, there's still nothing quite as classy-looking as a Golf. Many variants get full-LED headlamps and jewel-like LED tail lamps are standard across the range. On top versions, there are smart animated flowing indicators too. As usual, there's a choice between five-door hatch and estate bodystyles, both of which sit on the Volkswagen Group's light, stiff and very sophisticated MQB chassis. And behind the thinner multi-function steering wheel? Well, as ever, nobody does it better than this. It isn't that it feels especially plush, though the quality of materials used is excellent. It's just that everything is of just the right quality and feels absolutely fit for purpose. In recent times, the cabin was given a lift by the addition of smarter decorative trim panels on the doors, the dash panel and the centre console, as well as classier seat covers. Out back in the hatch version, there's a 380-litre cargo bay that's much bigger than that provided by rival Focus and Astra models. It can be extended to 1,270-litres if you push forward the rear seats.

The UK line-up is now based around three trim levels - Match Edition, GT Edition and R-Line Edition, which Volkswagen says add around £1,500-worth of customer value, yet cost only slightly more than the trim variants they replace. Prices start from around £22,000 for the five-door hatch, with a premium of around £1,200 necessary to get the alternative estate variant. The three new trim levels replace the existing Match, GT and R-Line specs, and cost £400 more than the trims they replace. They build upon their predecessors' already generous standard equipment, adding two-zone climate control, LED headlights and Winter Pack (including heated front seats) - optional extras worth £1,910 when equipped individually. These options enhance the comfort and visible qualities of the three Golf specs, with the added luxury of the two-zone climate control over manual air conditioning, while the heated front seats included in the winter pack provide further comfort. The winter pack also adds headlight washers, heated windscreen washer jets and a low washer-fluid warning light which, combined with LED headlights, optimise visibility at all times - especially during winter months when road grime can obscure a driver's view.

When this seventh generation Golf was originally launched, its efficiency figures took a big step forward, thanks to the lighter MQB chassis. Those returns still look pretty good today: the 1.6-litre TDI 115PS engine is capable of returning CO2 emissions of 109g/km (NEDC) and 56.5mpg on the WLTP combined cycle. Go for the 2.0 TDI 150PS variant and the figures are up to 114g/km and up to 55.4mpg in manual form. What about petrol power? Well the base 1.0 TSI petrol unit puts out only 110g/km of CO2 and up to 50.4mpg, while the 130PS 1.5 TSI EVO variant puts out just 115g/km of CO2 thanks to its use of Volkswagen's frugal Cylinder-on-Demand technology - and also 50.4mpg. In its 150PS form, Volkswagen reckons that this unit will return 45.6mpg on the combined cycle and 116g/km of CO2, figures not too far off what you'd get from some diesels. The all-electric e-Golf variant offers a range of up to 186 miles from a full charge that can be pretty much completed in just 35 minutes through a combination of the car's special CCS combined charging system and a DC supply.

In the words of a previous Volkswagen Group Chairman, the only mistake a Golf can really make is to stop being a Golf, a failing you could never level at this improved seventh generation model. All the reasons you might want to buy one are satisfied here. It looks like a Golf and functions with all the quality you'd expect from the Western hemisphere's most recognised and most desired family hatch. This is what happens when all the resources of Europe's leading auto maker are focused on creating the definitive expression of conventional family motoring. True, it could be more exciting in its more affordable forms and you still wouldn't call it inexpensive in comparison with mainstream models in this segment. But then, this isn't a mainstream contender any more, as good in every meaningful respect as the premium compact hatch models from the fancy brands that are much pricier. It is, in short, a Golf made good. Which, if you're shopping in this sector, makes it very desirable indeed.