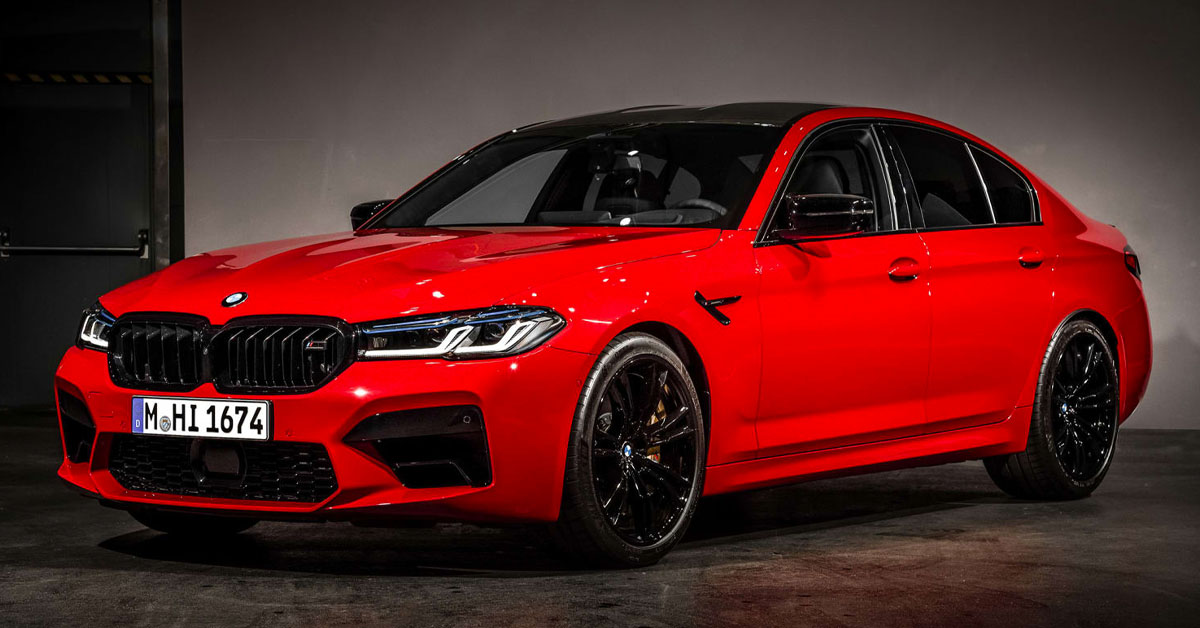 Some striking changes have been made to the 2020 BMW M5 Competition. Though do the changes do enough to persuade people to pick the M5 over the E63 S, RS6/RS7 and AMG GT?

Updated to match the recent changes to the BMW 5 Series, the BMW M5 Competition is getting some love with some changes to its exterior design, interior features and technology as well as some suspension upgrades. Unlike the recent massive changes to the BMW 4 Series, the M5 has stayed relatively unchanged but has had some small quality of life upgrades to keep things fresh. As before the engine is a twin-turbo V8 all-wheel-drive pushing out a healthy 616bhp. The biggest changes to the car's tech is the suspension. With then focusing on improving 'adaptive damper rates' on the coil spring set-up, which give the car improved connection to the road when driving over uneven and constantly changing surfaces.

The exterior design changes have been subtle but enough to keep those after a refresh happy. The front and rear bumpers have been updated as well as the placement of the lights and LEDs. The backend is still keeping its M valved, two into one dual exhaust outlets with engine sound pumped into the speakers for that personal touch. 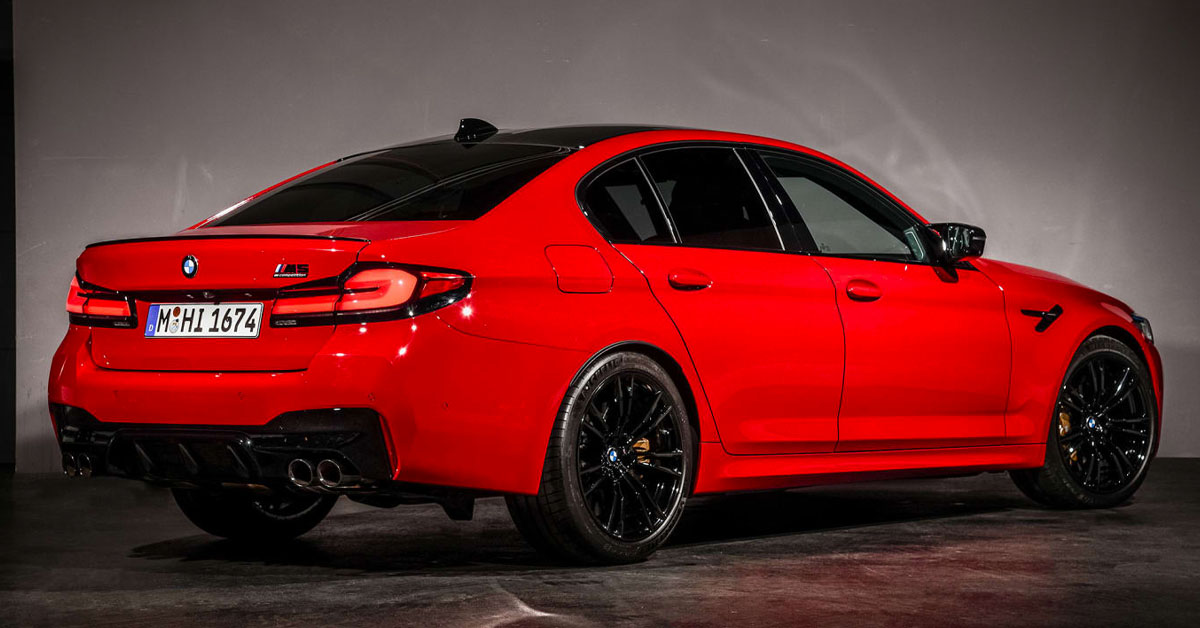 The saying "if it isn't broken, don't fit it" applies to the new BMW M5 Competition, as the engine remains unchanged from the previous model. The car is driven by a 4.4-litre twin-turbo V8 engine that produces 616bhp. This is enough to win the power struggle between the Audi RS6 Avant and the Mercedes AMG E63 S by a few margins of horsepower. Thanks to the M xDrive all-wheel-drive the 2020 M5 Competition will sprint from 0 to 62mph in around 3.3 seconds and has a top speed limiter of 155mph. The top speed limiter can be electronically removed, for a price of course, but given the cars already ridiculous power, would you really want to? 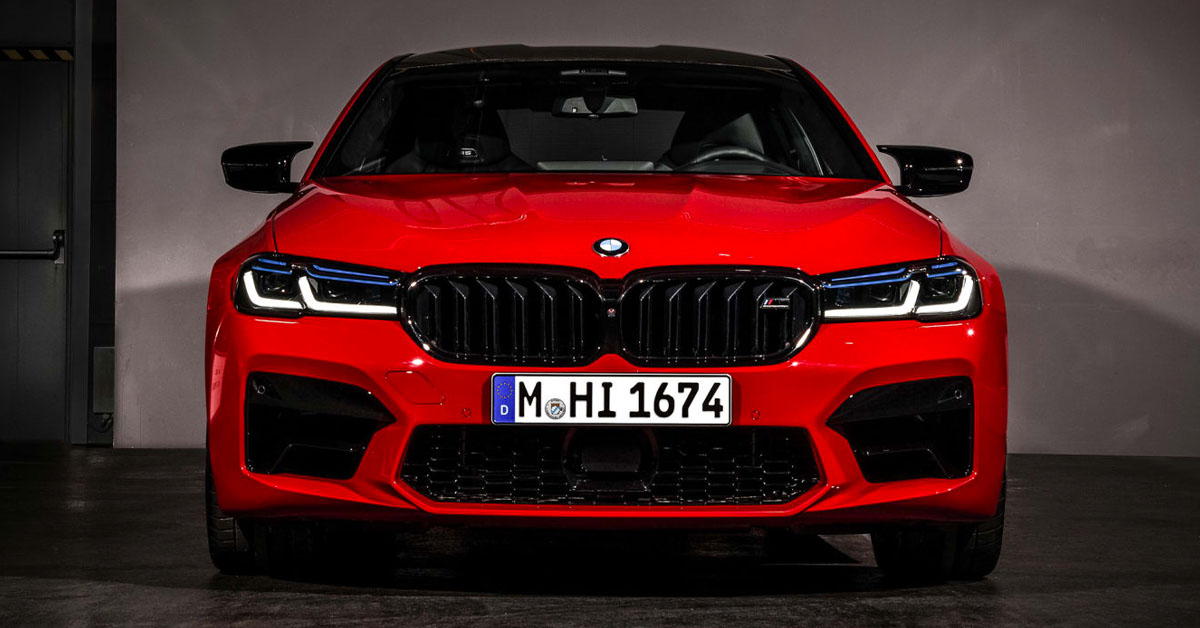 Weight saving is important in any sports car and BMW have opted to reduce the weight of the huge brake discs considerably. A new and much lighter compound has been used to drop the weight of the previous cast iron material. Full carbon-ceramic brakes are also available as an optional and reduce the weight even further, but are costly options. Weight has also been saved on engine parts and joints with new and lighter materials used to build the car with. This has shaved off a fair amount of kilograms to keep the car feeling like a bullet upon acceleration. 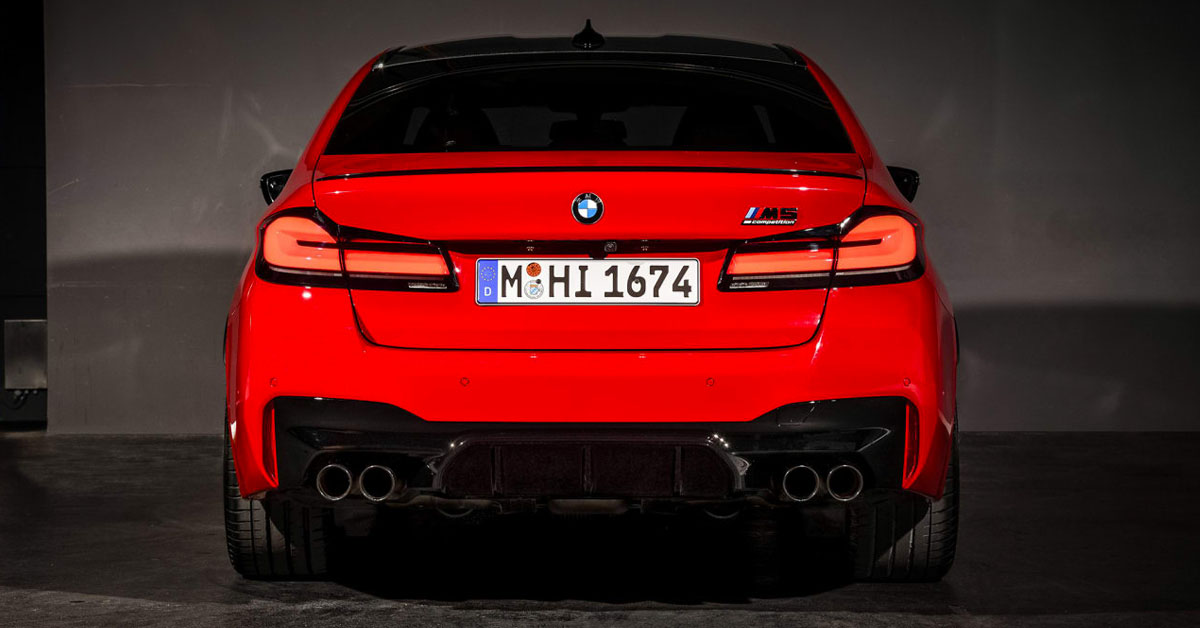 Interior changes are subtle but still there. Trim, materials and colours have had some updates in various areas to keep the car's cabin looking fresh. The infotainment system has had a significant change with the screen being upgraded to a larger 12.3-inch touchscreen. 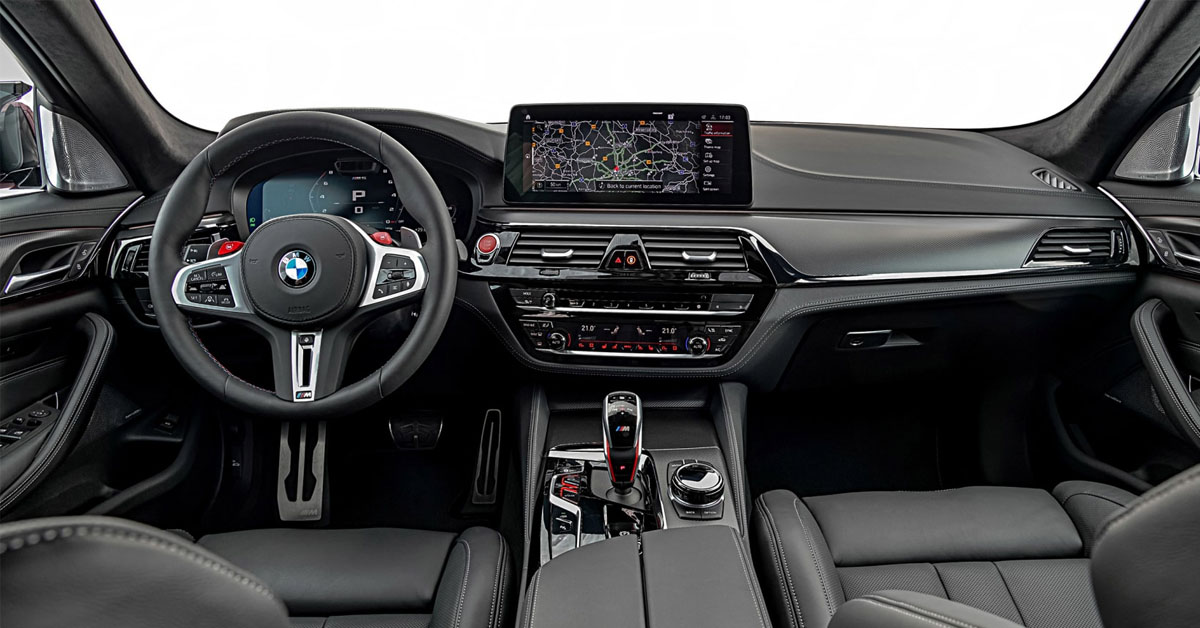